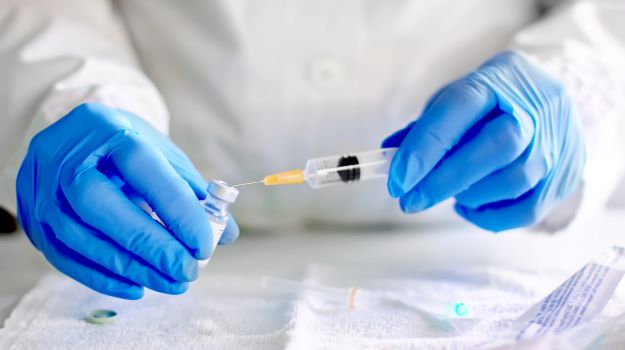 The University of Oxford in the U.K., with the National Immunisation Schedule Evaluation Consortium, is planning a trial to evaluate the use of first and second doses of different COVID-19 vaccines. The first dose is viewed as the “prime” vaccination with the follow-up a “booster” shot.

“If we do show that these vaccines can be used interchangeably in the same schedule this will greatly increase the flexibility of vaccine delivery, and could provide clues as to how to increase the breadth of protection against new virus strains,” said Matthew Snape, chief investigator on the trial and associate professor in Paediatrics and Vaccinology at the University of Oxford.

Enrollment has already begun and preliminary data are expected this summer. The actual vaccine regimen being used now in the U.K. will not change—that is to say, if you get your first shot of one of the vaccines, your second shot will be the same vaccine. The U.K. is currently using a 12-week gap schedule, despite recommendations by the companies. The trial is also hoping to determine if a 12-week gap between the two doses is as effective or more (or less) so than the prescribed four-week gap. The study is formally the COVID-19 Heterologous Prime Boost study (Com-Cov) and will recruit more than 800 volunteers aged 50 and older in England. It will test four different combinations of prime and booster vaccines.

A primary analysis of the AstraZeneca-Oxford Phase III data reported yesterday found a 76% efficacy after the first dose. The protection was maintained to a second dose, with an interval of 12 weeks or more, when the efficacy increased to 82%. However, when the second dose was provided less than six weeks after the initial dose, the efficacy was 54.9%.

The study noted, “These analyses show that higher vaccine efficacy is obtained with a longer interval between the first and second dose, and that a single dose of vaccine is highly efficacious in the first 90 days, providing further support for current policy.”

The Pfizer-BioNTech vaccine and the AstraZeneca-Oxford vaccines are two very different technologies. The Pfizer-BioNTech vaccine, like the Moderna vaccine, utilizes a piece of messenger RNA (mRNA) that codes for a portion of the virus’s spike protein. Encased in a tiny fat particle called a lipid nanoparticle, once injected it causes the body to produce the spike protein, which trains the immune system to recognize the virus. The AstraZeneca-Oxford vaccine uses a chimpanzee adenovirus as a vector. So they took a chimpanzee adenovirus, which is a cold virus, genetically modified it so it does not cause disease, and loaded it with a portion of the spike protein. After injection, it triggers an immune response against the spike protein so the body’s immune system recognizes the virus.

The AstraZeneca-Oxford vaccine is also being evaluated in combination with Russia’s Sputnik V vaccine. That trial is expected to begin next week in Azerbaijan and the United Arab Emirates.

It is not unheard of to mix vaccines to create an improved immune response, such as hepatitis A and B.

Alexander Edwards, an associate professor in biomedical technology at the U.K.’s University of Reading, told AP that the AstraZeneca and Pfizer vaccines are “so different that it’s really hard to know if that would work.”