Trio Wins Nobel Prize For Understanding How Cells Use Oxygen 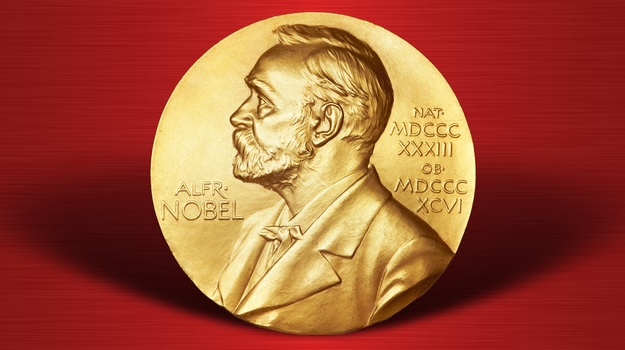 Three researchers have jointly received the Nobel Prize for Physiology or Medicine for their work in understanding how oxygen levels affect cellular metabolism and physiological function. The work has helped in the development of new medications to fight anemia, cancer and many other diseases.

Harvard University’s William G. Kaelin Jr., Sir Peter J. Ratcliffe of the Francis Crick Institute in Britain and Gregg L. Semenza of Johns Hopkins University were awarded for their research, the Nobel committee announced this morning. Their research identifies the molecular machinery that regulates the activity of genes in response to varying levels of oxygen, the committee said. The importance of oxygen has been understood for some time, but how cells adapted to changes in oxygen levels was not understood until now. Through the work, the scientists established the basis for our understanding of how oxygen levels affect cellular metabolism and physiological function.

Oxygen sensing is central to a large number of diseases and is also essential in fetal development. The Nobel committee also pointed to the importance of oxygen sensing in the generation of new blood vessels and the production of red blood cells, as well as the physiological functions of the immune system.

Semenza studied the hormone erythropoietin (EPO) gene, which leads to increased production of red blood cells. Part of his work examined how the EPO gene is regulated by varying oxygen levels. His research showed that specific DNA segments next to the EPO gene were shown to mediate the response to hypoxia, or low oxygen levels. Ratcliffe also studied oxygen-dependent regulation of the EPO gene. The committee said both researchers found that “the oxygen sensing mechanism was present in virtually all tissues, not only in the kidney cells where EPO is normally produced.” During his research, Ratcliffe discovered a protein complex that binds to the identified DNA segment in an oxygen-dependent manner, which he called the hypoxia-inducible factor (HIF).

Kaelin was researching the inherited disorder von Hippel-Lindau's disease (VHL disease). The genetic disease leads to an increased risk for certain cancers with VHL mutations. Research showed the VHL gene encodes a protein that prevents the onset of cancer. Kaelin also showed that cancer cells lacking a functional VHL gene express abnormally high levels of hypoxia-regulated genes; but that when the VHL gene was reintroduced into cancer cells, normal levels were restored. This was an important clue showing that VHL was somehow involved in controlling responses to hypoxia.

The work of the three men intersected when both Ratcliffe and Semenza simultaneously published research that showed how a HIF protein modification worked alongside VHL and how they adapted to the changing oxygen levels.

“Thanks to the groundbreaking work of these Nobel Laureates, we know much more about how different oxygen levels regulate fundamental physiological processes. Oxygen sensing allows cells to adapt their metabolism to low oxygen levels: for example, in our muscles during intense exercise,” the committee said in its announcement.

The committee further added that in cancer, oxygen-regulated machinery in the body is key in the stimulation of the formation of blood vessels and helps to reshape metabolism for “effective proliferation of cancer cells.”

“Intense ongoing efforts in academic laboratories and pharmaceutical companies are now focused on developing drugs that can interfere with different disease states by either activating, or blocking, the oxygen-sensing machinery,” the committee noted.

Last year’s Nobel Prize in Physiology and Medicine was awarded to American doctor James Allison and Japanese doctor Tasuku Honjo for their research that led to the development of checkpoint inhibitors in fighting cancer.