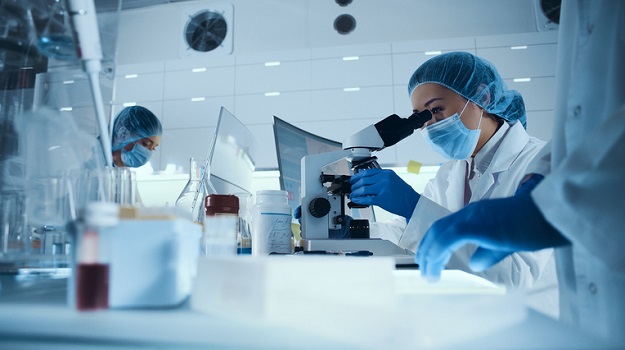 Mesothelin is expressed at low levels in normal tissues but is highly expressed in numerous solid tumors. Mesothelin plays an active role in how malignant or aggressive tumors are and is generally associated with poor prognosis in certain cancer types.

Thirty-two patients were given a single infusion of gavo-cel as of Sept. 9. Of them, 23 had mesothelioma, eight had ovarian cancer and one had cholangiocarcinoma.

Patients were heavily pretreated with a median of five previous lines of therapy. Of them, 66% received immune checkpoint inhibitors, and 19% had received mesothelin-directed treatments.

In a conference call, Garry Menzel, Ph.D., president and CEO of TCR2, outlined the key data points for the Phase I portion of the study.

In ovarian cancer, the overall response rate (ORR) was 29%, and in malignant pleura mesothelioma (MPM), there was a 21% ORR.

Raffit Hassan, M.D., with the National Institute of Health’s Thoracic and GI Malignancies Branch, discussed the clinical effects of the studies, noting, “It’s very rare to get a partial response in these patients.”

Hassan described in detail the results in a 67-year-old female with metastatic pleural mesothelioma. In June 2017, the patient was diagnosed with unresectable disease and received previous regimens of chemotherapy and checkpoint inhibitors, but eventually progressed. In February 2021, she enrolled in the Phase I trial and received an infusion of gavo-cel in April of the same year.

After a single therapy infusion, she demonstrated “a very, very nice response to gavo-cel,” Hassan said. As with many patients in the trial, she experienced cytokine release syndrome (CRS), but it was well managed.

“More importantly,” Hassan said, “we observed durable metabolic and tumor response” and the “tumor continues to decrease after a single dose of gavo-cel.”

Patrick Forde, M.B.B.Ch., director of Thoracic Oncology Clinical Research Program and co-director of Upper Aerodigestive Malignancies and associate professor of Oncology at Johns Hopkins Medicine, discussed several other studies in unresectable mesothelioma to provide context for the importance of the gavo-cel results.

These included first-line standard-of-care, such as CheckMate 743, and second-line studies, including RAMES, Promise-Meso and CONFIRM studies. He noted that these “highlight the lack of options for these patients.”

Menzel then discussed the clinical trial structure for the upcoming Phase II portion of the Phase I/II trial. The company hopes to broaden access for non-small cell lung cancer (NSCLC) and cholangiocarcinoma patients.

The study will include redosing, averaging lymphocyte depletion with gavo-cel as well as in combination with checkpoint inhibitors. The company will trial participants to patients with five or fewer prior lines of therapy.

“There will be four separate cohorts - one for each indication,” Menzel said. Those indications are ovarian cancer, MPM, NSCLC and cholangiocarcinoma.

“We expect to identify new potential patients,” Menzel added, with about 29% lung cancer patients and 16% cholangiocarcinoma patients. “We plan to run all cohorts in parallel … but are pivoting toward ovarian cancer.”