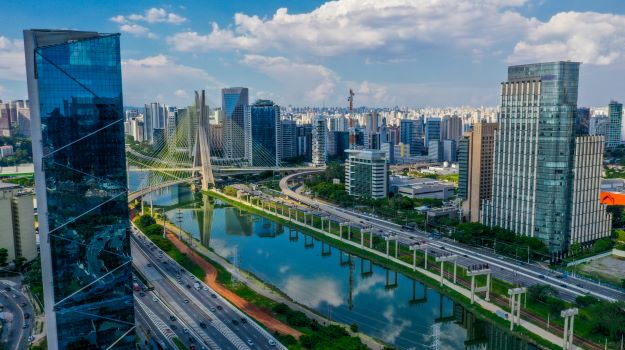 Two strategic biopharmaceutical collaborations have been announced, each merging one company’s innovative biologic technology with a second company that can drive potential therapeutics over the finish line to commercialization.

Korea-based Ubix Therapeutics has announced a collaboration agreement with SK Biopharmaceuticals, a global manufacturing entity. The primary goal of this collaboration will be to utilize Ubix’s trademarked Degraducer technology against cancer-causing proteins.

The technology is designed to initiate the ubiquitin-proteasome system in which proteins are degraded. The initiation is a result of a target protein being strategically placed near the E3 ligase. The E3 ligase protein then fulfills its role as a scaffold protein by promoting the transfer of ubiquitin, a degradation marker, to the target protein.

Each of these companies is undergoing dynamic changes and commented on their enthusiasm about the collaboration. Cheol-Young Maeng, CTO and VP of SK Biopharma, stated, “We are excited to forge ties with Ubix Therapeutics that is domestically leading the application of targeted protein degradation.”

Last year, Ubix reported a separate collaboration agreement that was made with Debiopharm Research and Manufacturing, with an intention to leverage the Degraducer technology with Debiopharm’s Multilink platform. Additionally, Ubix announced the intention to file an Investigational New Drug (IND) Application with the U.S. Food and Drug Administration for UBX-303, a Bruton’s tyrosine kinase targeting molecule. UBX-303 is an investigational treatment for B-cell malignancies, such as diffuse large B-cell lymphoma (DLBCL).

SK Biopharmaceuticals received approval in Europe last year to commercialize Ontozry (cenobamate) indicated for the adult treatment of focal-onset seizures, with or without secondary generalization. That approval came two years after the FDA approved a New Drug Approval (NDA) application for cenobamate.

A second collaboration will occur between Engitix and Takeda to undertake the daunting task of developing a therapeutic for fibrostenotic inflammatory bowel disease (IBD) using Engitix’s extracellular matrix (ECM). ECM allows targets to be confirmed and validated to later be included in therapeutic formulations.

The two companies formed a previous agreement to conduct research on liver disease drug discovery, but the widening scope has reinvigorated excitement. Engitix co-founder and CEO Dr. Guiseppe Mazza commented on the agreement.

“It underlines the value they see in using our ECM platform and the successful co-operation we have established. ECM remodeling plays a key role in driving IBD pathogenesis forward and targeting this process in a specific and fine-tuned manner may contribute to the treatment of IBD by preventing both propagated inflammation, fibrosis and structuring disease,” Mazza said.

The collaboration will include a licensing agreement for Takeda to retain exclusive development and commercialization rights for any therapeutic candidates found, while Engitix will benefit by receiving up-front compensation and payment upon reaching certain milestones. Some of these milestones include confirming the functionality of a therapeutic candidate as well as regulatory filings.