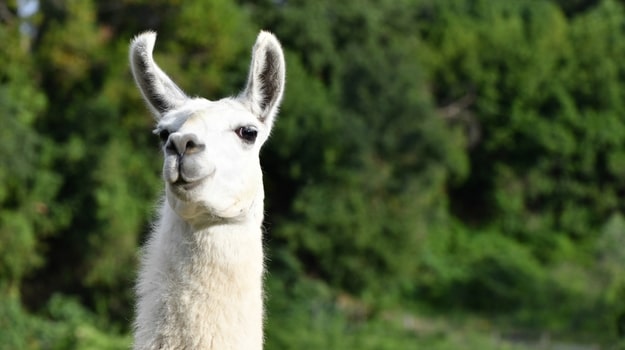 In April, researchers from the Vlaams Institute for Biotechnology in Ghent and the University of Texas at Austin identified antibodies in the blood of llamas that they thought could neutralize SARS-CoV-2, the virus that causes COVID-19. There had been earlier work as well on the use of llama antibodies as a potential universal flu vaccine.

Now, researchers at the University of California, San Francisco (UCSF), have taken the concept a step further and synthesized a molecule inspired by llama antibodies called nanobodies. They are approximately 25% of the size of human antibodies and from other animals, and they appear to be the most potent anti-coronavirus compound that has been tested in the laboratory so far.

In addition, the nanobodies are extremely stable, which means they can be turned into a dry powder and aerosolized, which would make them much easier to administer than the human monoclonal antibodies being developed by companies such as Sorrento Therapeutics, Regeneron Pharmaceuticals and Eli Lilly.

The UCSF team hasn’t published their research yet, although they plan to post it this week to the bioRxiv preprint server, so the work has not been peer-reviewed. However, they are already looking to find a biopharma company to partner with to test, manufacture and distribute the nanobodies.

“Every day, 5,000 people die of this disease,” said Peter Walter, who co-led the research with structural biologist Aashish Manglik.

The nanobody therapy is dubbed Aeronab 6, and both Walter and Manglik are cautious about their research, aware it needs to be tested in human clinical trials. However, they are excited about the compound’s stability and how well it bound to the spike proteins of the SARS-CoV-2 viruses. Walter said, “It’s almost like a mousetrap that never lets go.”

The earlier work in llamas in Belgium noted that antibodies in llama blood appeared to be effective against MERS and SARS, both diseases caused by coronaviruses with similarities to the virus that causes COVID-19.

Most researchers, of course, are aware that making a jump from tests in petri dishes and animals to human beings can be difficult, despite how promising they appear.

“The critical thing is animal data,” Dimiter Stanchev Dimitrov, a professor of medicine who leads the Center for Antibody Therapeutics at the University of Pittsburgh, told STAT. “We’ve found things that are very potent in vitro that do nothing in vivo.” And he adds that it can often take months to get enough data in animals. “Once these are tested in animal models, then I can get excited.”

He also noted the difficulty of delivering antibody therapies through an inhaler, because of the problems with uniform delivery.

The potency of the nanobodies against SARS-CoV-2 was evaluated at the Institut Pasteur in Paris by Veronica Rezelj, a postdoctoral researcher in the institute’s viral populations and pathogens unit. In cell cultures of Vero-E6 cells that are derived from African green monkeys, the nanobodies protected the cells from becoming infected by the virus.

“Within four days from the day the package from the U.S. arrived, we knew we had a very potent nanobody,” Rezelj told STAT. “Very little nanobody was needed to completely abolish virus infectivity.”

She noted that the effectiveness of the nanobodies was even higher than what has been published to date regarding neutralizing antibodies collected from the blood of COVID-19 patients. Rezelj is optimistic, saying, “We are very confident that they could work form a therapeutic standpoint after human clinical trials are completed.”