Could Llamas Hold the Key to a COVID-19 Vaccine? 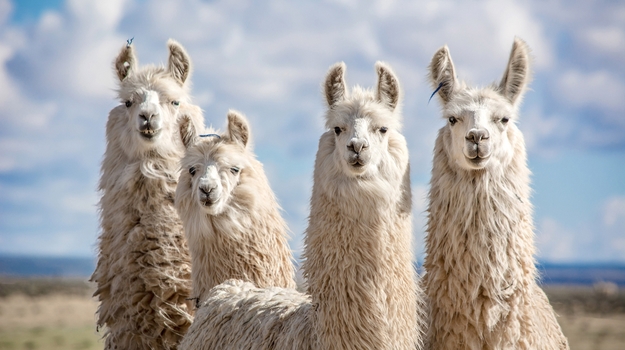 Could antibodies found in the blood of llamas, the doe-eyed South American pack animal, hold a key to developing a vaccine for COVID-19? A team of researchers from Belgium believes so.

Researchers from the Vlaams Institute for Biotechnology in Ghent, as well as the University of Texas at Austin have found antibodies in llama blood which they think could help to neutralize the novel coronavirus that causes COVID-19, the pandemic that has swept across the globe. A new report on Brinkwire shows that the antibodies found in llama blood have been effective against MERS and SARS, which are close relatives of the virus that causes COVID-19. The team of scientists stumbled upon this discovery of the llama antibodies while previously researching those diseases, according to a more recent report by Reuters.

According to the report, the antibodies found in the blood of llamas are smaller than human antibodies. This raises the possibility of using the animal-based antibodies in nanotechnology as part of the delivery of antiviral activity into humans.

The Vlaams Institute for Biotechnology said the information gleaned from their research warrants additional investigation. There was no information provided as to whether or not the institute intended to fast-track the study into the clinic as the world waits for a vaccine for COVID-19.

Multiple life sciences companies and organizations have aimed their research programs at developing a vaccine candidate for the disease. Still, most data suggest a vaccine won’t be available for use until the end of 2020 or the early months of 2021 – at best.

There are currently more than 70 vaccine candidates being assessed for COVID-19. Only a handful of the candidates have moved into human trials, with CanSino’s Adenovirus Type 5 Vector, Ad5-nCoV, being the farthest along in Phase II studies. Ad5-nCoV is a genetic engineered vaccine candidate with the replication-defective adenovirus type 5 as the vector to express SARS-CoV-2 spike protein. Best estimates suggest that a vaccine will take up to 18 months to develop and launch, which puts earliest availability in early to mid-2021.

The llama isn’t the only animal researchers are focused on in the hunt for a vaccine candidate. According to the Brinkwire report, scientists are also focused on ferrets and hamsters to help solve the need for antibodies and vaccines.

In South Korea, researchers are looking at ferrets as animal models for testing potential COVID-19 drugs in humans. The researchers found that the disease behaves similarly in ferrets as it does in humans. According to the study published in the journal Cell Host & Microbe, ferrets were good candidates for the research due to the fact that the anatomic proportions of the ferret’s upper and lower respiratory tracts, the density of submucosal glands in the bronchial wall and the number of generations of terminal bronchioles reproduce the condition in the human respiratory tract. Because of this, the researchers said ferrets “represent an infection and transmission animal model of COVID-19 that may facilitate development of SARS-CoV-2 therapeutics and vaccines.” Additionally, the researchers were able to observe the spread of COVID-19 between ferrets in the same cage, as well as to adjacent cages. It reinforced the assumption of aerosol transmission of the disease over short distances.

In Hong Kong, researchers had similar success with Syrian hamsters. According to a report in Science, the research showed that hamsters displayed similar effects of the disease. The findings “closely resemble the manifestations of upper and lower respiratory tract infection in humans,” the researchers said. The study was published in the journal Clinical Infectious Diseases.