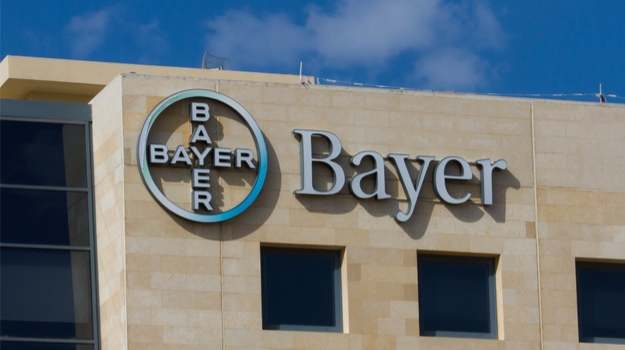 In June 2018, Germany’s Bayer acquired St. Louis-based Monsanto for $63 billion. Most investors and analysts think this deal backfired, saddling Bayer with more than 42,000 lawsuits over Monsanto’s weed killer Roundup. It was such a mess, the company’s chief executive officer Werner Baumann lost a vote of confidence in April 2019 by shareholders, the first chief executive in the country to lose such a vote ever.

Now Bayer is moving closer to a $10 billion settlement over the Roundup lawsuits and the company is in the midst of restructuring. Baumann may face yet another vote of confidence at the shareholder meeting in April, and it’s not likely he would survive such a challenge, but there’s evidence Baumann is on the right track.

A recent step in an effort to boost pharmaceutical sales. Bayer and Nuvisan announced today they were creating a new research unit in Berlin. It plans to transfer a significant portion of its Berlin-based small molecule research unit to Nuvisan, which is called an international service provider for clinical trials, lab services and contract manufacturing. Nuvisan has sites and clinics in Germany and France.

Nuvisan will found the research group in Berlin. No financial terms were disclosed.

“With Nuvisan we have found an excellent partner with a clear plan to build up a strong full-fledged research unit in Berlin together with our dedicated team of scientists,” said Joerg Moeller, member of the Executive Committee of Bayer’s Pharmaceuticals Division and head of Research and Development. “Nuvisan shares our vision that the new research center can become an important player in research partnering based on the joint know-how and the capabilities of our highly qualified scientists.”

The company has also made steps to get a handle on the Roundup lawsuits. It created a special board committee to monitor the lawsuits and brought in a mass tort expert to advise the board. There have been talks that the company may consider a $10 billion settlement for current and future lawsuits related to the Roundup cases, particularly in light of the $2 billion settlement for one of them already.

Ingo Speich, head of sustainability and corporate governance at Deka Investment, who has been a big critic of Baumann, appears to be—currently anyway—giving Baumann the benefit of the doubt, telling the Wall Street Journal, “Is he responsible for the legal issues? Yes. But he also showed that he can keep the business together.”

Bayer is also undergoing a major restructuring, with plans to cut 12,000 jobs and exit its animal health business. It also plans to sell its Coppertone sunscreen and Dr. Scholl’s foot-care lines and divest a 60% stake in Currenta, a site services provider.

The company employs about 118,200 people globally. About half of the layoffs will affect staff in corporate and supporting areas, with another 4,100 in crop science as the result of the Monsanto merger. It also plans 900 job cuts in pharmaceutical R&D and about 350 at a hemophilia manufacturing site in Germany.

In related news, yesterday Bayer asked a California appeals court to overturn an $86 million verdict related to the Roundup case. Bayer attorneys argue the verdict can’t be reconciled with the law or the science.

This refers to the $2 billion jury award to Alberta and Alva Pilliod. The trial judge reduced the $2 billion damages to $86 million. Bayer argues that it has consistently found glyphosate, the key ingredient in Roundup, to be non-carcinogenic and the Pilliods’ attorney regularly violated court orders during the trial to anger jurors.

In January 2020, the U.S. Environmental Protection Agency (EPA) reaffirmed the safety of glyphosate.

To date, Bayer has faced three juries over Roundup and lost all three trials. The company has appealed all of the verdicts, but no rulings have been issued.