St. Louis: One of the Fastest-Growing Life Sciences Markets 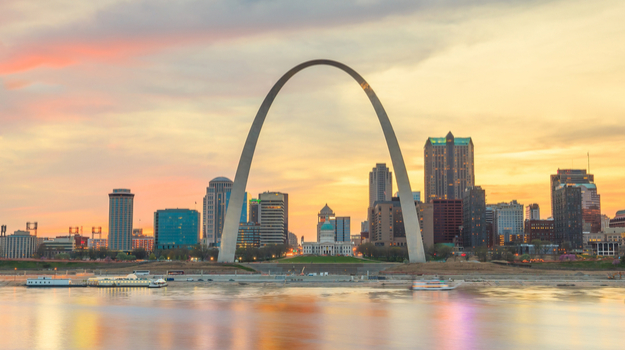 St. Louis, Missouri is one of the fastest-growing and top-ranked emerging life sciences markets in the U.S., ranking sixth in a recent CBRE Research report. In terms of BioSpace’s hotbed, St. Louis falls into the very large BioMidwest, which includes Illinois, Indiana, Iowa, Michigan, Minnesota, Nebraska, Ohio, Wisconsin and, of course, Missouri.

St. Louis, as an emerging life science market, the CBRE Report notes, is one of several that “exhibit an attractive combination of a substantive life science workforce, including key scientists, strong recent life sciences employment growth, ample NIH funding, top-ranked schools and medical institutions, and a sizeable high-tech workforce to support future convergence between the industries.”

In 2011, BioSTL, which evolved from the Coalition for Plant and Life Science, announced a $30 million commitment over five years to drive bioscience company creation and drive economic growth in St. Louis. The next step was a 10-year push, which is directed to pre-seed and seed investments.

For example, one of BioSTL’s programs is the BioGenerator, which has helped create more than 40 new start-ups, investing more than $5 million in the companies and leverage $140 million in private investments.

BioGenerator is a privately funded, not-for-profit. A memorandum of understanding between the BioGenerator and Washington University, and a BioGenerator staffer embedded at the university have increased the commercialization of technologies.

As an example, on February 6, 2019, Arch Oncology, a clinical-stage immuno-oncology company with offices in Brisbane, Calif. and St. Louis, announced the initiation of a new Phase I clinical trial of AO-176 in select solid tumors, dosing its first patient. AO-176 is an anti-CD47 antibody. BioGenerator was the first investor in Arch Oncology and has invested in each round of funding.

Within BioGenerator, aside from the seed money, there is The Accelerator Labs, a 5,400 square feet pre-incubator wet lab at office space in the Cortex One building, which is made available to early-stage BioGenerator client companies. There is also the Spark Fund, which is a pre-seed fund for early business technology not mature enough for seed funding. Spark Fund invests up to $50,000, which are used to achieve business and technical milestones that will help them get follow-on funding.

Center for Emerging Technologies (CET). CET is another St. Louis-based bioscience incubator. It was founded in 1998 and has 92,000 square feet of facilities. The majority of CET’s 45 companies have been in medical technologies, including therapeutics, diagnostics, instruments and devices. It provides mentoring, education and training via university alliances, affordable research facilities and equipment, mentoring, market research and market planning, grant assistance, as well as professional services like accountants and attorneys and access to angel investors.

Center of Research, Technology & Entrepreneurial Exchange (CORTEX). Cortex is a 240-acre bioscience district launched in 2002 by Washington University in St. Louis, Saint Louis University, the University of Missouri-St. Louis, BJC HealthCare and the Missouri Botanical Garden. Since its founding, it has completed or has under construction 1.7 million square feet of new and rehabilitated space, marking over $550 million of investment. It has generated 4,200 technology-related jobs.

Examples of recent businesses in Cortex include Ascension Technology, the Technology Solutions Group for Ascension, which opened a new satellite office there in December 2018. And in October 2018, Pluton Biosciences, a St. Louis-based startup that specializes in microbial discovery, partnered with Terramera, a leader in Technology for Clean Food, to evaluate two new soil-based bacteria with insecticidal properties.

A separate organization is STLPartnership. Of interest is its Helix Fund, which provides seed capital to early-stage startups. All companies that receive funding are required to be in St. Louis County. The maximum level of investment is $250,000. A list of companies that are Helix Fund companies includes Benson Hill Biosystems, Elira Therapeutics, ImmunoPhotonics, Terra Biologics and numerous others.

These are just a few examples of recent stories coming out of the St. Louis life sciences industry.

On March 20, 2019, Randall J. Bateman, a researcher with Washington University School of Medicine in St. Louis was awarded the $100,000 Potamkin Prize for Dementia Research by the American Academy of Neurology and the American Brain Foundation. The award is for his work on Alzheimer’s research.

On March 21, Bayer (which is headquartered in Germany, but recently acquired St. Louis-based Monsanto), announced it was taking three existing digital health startup programs, Accelerator, Dealmaker, and Generator, and combining them to form G4A Partnerships. This joint initiative will target startups in the healthcare sector at various stages of developments. Startups will be given one-time initial funding of 50,000 to 100,000 euros, they will also receive milestone payments, as part of their specific business challenges.

Cellect Biotechnology, based in Tel Aviv, Israel, inked a collaboration with St. Louis’s Washington University on February 5. They will work to identify the safety and tolerability of ApoGraft for bone marrow transplantations in a U.S. Phase I/II clinical trial. The collaboration is led by John DiPersio, Director of the Center for Gene and Cellular Immunotherapy at Washington University School of Medicine, and Mark Schroeder, at the WU’s Division of Oncology.

On March 15, Mallinckrodt Pharmaceuticals’ Specialty Generics St. Louis, Mo. The facility was recognized by the National Association of Manufacturers and awarded its Engineering and Production Technology Leadership Award. This was based on the site’s seven-year Chemistry and Facility Modernization Initiative. Mallinckrodt’s principal executive office is in the UK, but its Corporate Share Services Principal Office is in St. Louis, and its Specialty Generics Principal Office is in Webster Groves, Mo.

On January 28, Indalo Therapeutics, headquartered in St. Louis, appointed Robert Jacks as president and chief executive officer. Jacks most recently was co-founder, president and chief financial officer of Symbiomix Therapeutics. Before that, he was with several other biotechs including Tobira Therapeutics and ACT Biotech. Indalo is focused on nonalcoholic steatohepatitis (NASH) and idiopathic pulmonary fibrosis (IPF). Its lead candidate, IDL-2965, is expected to begin clinical trials this year.

According to Cortex, St. Louis is home to 1,183 plant and life science companies. Maybe it could be your home as well.