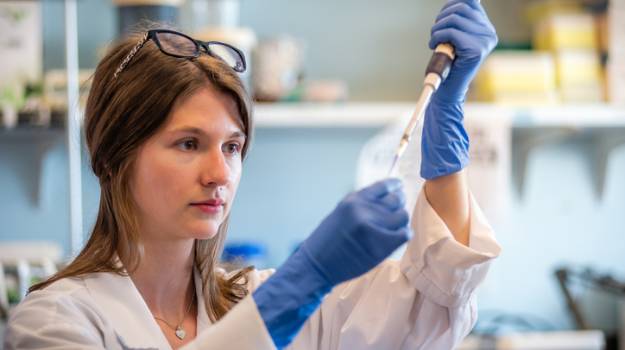 An RNA-focused therapeutics company, Seattle-based Shape Therapeutics has developed a technology that allows it to evolve programmable RNA medicines that push the limits of current gene editing capabilities in a safer and more effective manner.

Chief Scientific Officer David Huss outlined the company’s capabilities in an interview with BioSpace. He said that at its core, Shape has built a number of different platform technologies that span payloads, deliveries and manufacturing. Harnessing the capabilities of machine learning and artificial intelligence programs, Huss said the company strongly relies on information that comes from a patient’s specific mutation and broader, within a disease class. The company’s capabilities allow it to analyze hundreds of billions of therapeutic possibilities and advance breakthroughs in RNA editing, next-generation AAVs and disruptive gene therapy manufacturing. 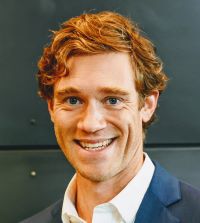 “We have data in-house that will allow us to predict the sequence of an RNA therapeutic that will allow for an RNA edit for a specific target,” Huss said. “We are inventing new approaches for machine learning and high-throughput screening on a massive scale to engineer completely novel RNAs that correct mutations, fine-tune gene expression and modulate protein interactions.”

Shape Therapeutics has in-house data that will allow it to predict the sequence of an RNA therapeutic that will allow an RNA edit for a specific target. The company has three different technology platforms it uses to advance its RNA-based therapies: RNAfix, RNAskip and AAVid.

Huss explained that an RNA approach to gene editing is potentially more effective than conventional approaches such as CRISPR and also significantly safer. There have been serious concerns regarding off-target DNA damage and therapeutic-related malignancies from CRISPR-Cas9 technology as well as ethical concerns related to the highly-controversial CRISPR baby incident in China.

He noted that CRISPR is, essentially, a “large bacterial chain,” sequences that are derived from DNA fragments of bacteriophages that had previously infected the prokaryote. Inserting that into a person to make a permanent change to their DNA “sends up a red flag” Huss said.

“When you’re targeting the DNA level, there’s a permanent, inheritable change. It’s an all-or-nothing approach. At the RNA level, we can tailor the effect. It allows us to tune the approach," he explained.

There are other RNA editing-focused companies, such as Adarx Pharmaceuticals, WAVE life Sciences, which recently posted positive Phase I/II data for its amyotrophic lateral sclerosis (ALS) therapy, and Korro Bio, which raised $116 million in a Series B financing round earlier this year.

For its approach, Shape Therapeutics uses a fully human protein called ADAR (adenosine deaminase acting on RNA) that is present in every cell of the body and has a natural editing function, Huss said. The ADAR proteins he referred to bind to double-stranded RNA, changing the nucleotide content of RNA, which has a disruptive effect. Huss said there’s a beauty in RNA editing and harnessing the ADAR mechanism. He said the RNA-based therapeutic recruits the ADAR that’s already found within a cell “and puts it in a place it may not normally go.”

It’s believed that this approach will be far safer for patients. So far, the company is seeing proof of this in its research into Parkinson’s disease and the ocular disorder, Stargardt disease.

Shape’s approach is certainly drawing attention from the industry. Last year, Swiss pharma giant Roche ponied up a partnership with Shape valued at more than $3 billion. Under the terms of the deal, Roche will apply the RNAfix technology to develop next-generation tissue-specific adeno-associated viruses for new gene therapies aimed at neurodegenerative diseases like Parkinson’s. Shape is conducting the preclinical work and will then pass along potential candidates for Roche to take into the clinic.

The kind of partnership Shape has with Roche is something the company hopes to expand to other large pharma organizations, Huss noted. He explained that Shape cannot go after all disease types on its own, so the company wants to forge partnerships that will let others take the lead.

“The promise and hope (of gene therapy) drive so many of us,” he said.

While there is significant promise in gene therapy, Huss pointed out that many of the clinical holds that have been issued by the U.S. Food and Drug Administration, such as that placed on Mustang Bio earlier this year, are related to manufacturing issues. Shape has recognized this issue and taken steps to build its own infrastructure and innovate for its own needs, he said.

Before joining Shape, Huss led a T cell engineering team at Juno Therapeutics, which is now part of Bristol Myers Squibb. Before that, he focused on translational and clinical development programs at Biogen for multiple sclerosis drugs Tecfidera and Zinbryta, the latter of which has been withdrawn from the U.S. Market due to safety concerns.

While at Juno, he worked with Francois Vigneault, the co-founder of Shape Therapeutics. At Juno, Vigneault was the vice president of research. Following the acquisition of Juno, Vigneault had the vision to build Shape around RNA-editing technology.

“He saw the power of what RNA editing with a protein that’s present in your body can do, that it can really move past the major limitations of the CRISPR technology,” Huss said.

Seeing the potential of the technology, Huss joined the company, first as head of research before being promoted to CSO last year.

As Shape moves forward with its programs, Huss pointed to significant progress the company has made with its AAVid platform to generate different variants targeting the central nervous system, as well as other muscle and tissue types.

“We’re really excited about how this is progressing,” he said. “We’re a data-first company and our data is validating what we’re doing.”