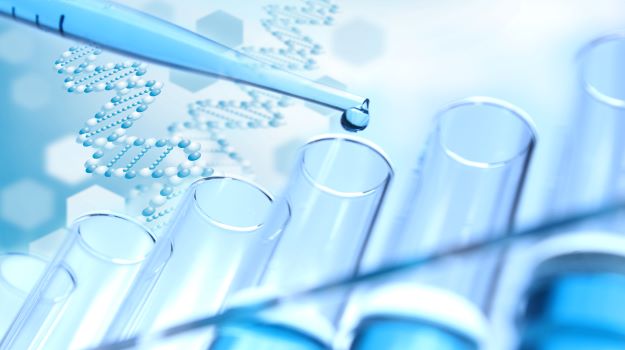 Shares of Mustang Bio have fallen more than 13% in premarket trading after the company announced the U.S. Food and Drug Administration had placed a hold on the company’s Investigational New Drug application for its bubble boy gene therapy.

The Worcester, Mass.-based company said the regulatory agency placed a hold on the planned Phase II study pending Chemistry, Manufacturing and Controls (CMC) clearance for MB-207, Mustang’s lentiviral gene therapy. Mustang intended to initiate a pivotal Phase II study to assess the gene therapy’s safety, tolerability, and efficacy as a potential treatment for X-linked severe combined immunodeficiency (XSCID), also known as bubble boy disease. The study would include patients who have been previously treated with a hematopoietic stem cell transplantation.

MB-207 has previously been granted Orphan Drug and Rare Pediatric Disease designations by the FDA, making the asset eligible for a rare pediatric disease voucher.

In addition to the planned MB-207 Phase II study, Mustang is conducting a Phase I/II XSCID study in newly diagnosed infants under the age of two with MB-107. Like MB-207, MB-107 has also been granted Rare Pediatric Disease, Orphan Drug and Regenerative Medicine Advanced Therapy designations.

Manuel Litchman, M.D., president and chief executive officer of Mustang Bio, said the company hopes to “efficiently expedite the development” of both MB-2017 and MB-107. He said they believe they are “well positioned” to address the FDA’s CMC concerns.

While Mustang’s gene therapy trial is temporarily prohibited from the beginning, the FDA did clear several other companies’ requests to begin clinical studies.

New York-based Mind Medicine’s IND for a Phase IIb study of MM-120 for treating generalized anxiety disorder (GAD) was given the go-ahead by the FDA. That trial had been on hold, but the hold was recently lifted after Mind Medicine’s address of participant monitoring protocols for the upcoming study. The Phase IIb trial is expected to begin later this year.

Boston’s Imara Inc. will begin assessing tovinontrine (IMR-687) in a Phase II study to treat heart failure with preserved ejection fraction (HFpEF). The clinical trial is expected to begin in the second quarter of 2022. The trial will evaluate tovinontrine in approximately 170 patients 45 years of age or older with persistent HFpEF symptoms. The primary endpoint of the study will be change in NT-proBNP, with secondary endpoints that include safety and tolerability and the quality of life measures.

Tovinontrine is a highly selective and potent small-molecule inhibitor of phosphodiesterase-9 (PDE9).

Texas-based Nanoscope received IND clearance from the FDA for a Phase II study of its Multi-Characteristic Opsin (MCO-010) ambient-light activatable optogenetic monotherapy. MC)-010 is being assessed as a gene therapy to restore vision in Stargardt patients. Stargardt, an inherited retinal disease, is a form of macular degeneration affecting children and adults.

Nanoscope’s MCO-010 gene therapy reprograms healthy retinal cells to make them photosensitive. It uses proprietary AAV2 vectors. The Phase II trial is expected to begin in the first half of 2022.

Nanoscope is currently conducting a Phase IIb study of MCO-010 for retinal pigmentosa (RP) patients. MCO-010 has received orphan drug designations from the FDA for RP and Stargardt.

Philadelphia-based SwanBio’s gene therapy for the treatment of adrenomyeloneuropathy (AMN) has been cleared for a Phase I/II study. SwanBio’s lead candidate SBT101 is the first AAV-based gene therapy in development designed to compensate for the disease-causing ABCD1 mutation in AMN patients.

Adrenomyeloneuropathy is the adult-onset degenerative spinal cord disease that affects people with adrenoleukodystrophy, a rare, genetic and metabolic condition. The Phase I/II study will assess the safety and efficacy of the gene therapy. It is expected to begin in the second half of 2022.