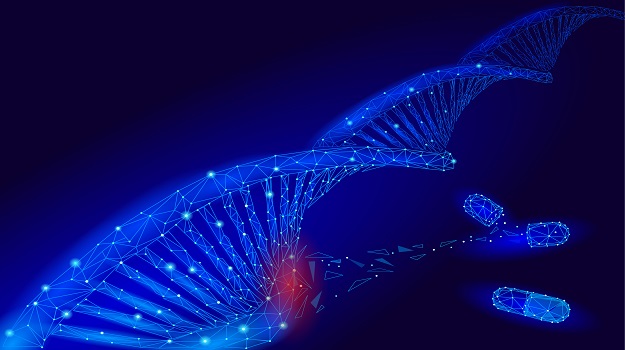 CRISPR-Cas9 is a fairly new technique to simply and quickly edited the genome. Its development launched a new era of genetics research and therapy development. Last summer, a paper published in Nature Methods found that the technique caused unexpected mutations throughout the genome. That has been retracted. Another study found some individual’s immune systems attacked Cas9, but researchers apparently feel that’s manageable. Now, two studies published in Nature Medicine suggest that CRISPR may lead to cancer unintentionally.

CRISPR stands for Clustered Regularly Interspaced Short Palindromic Repeats. With that and the Cas9 enzyme, the system allows researchers to specifically cut the genome at a desired location, which allows existing genes to be removed or new genes to be inserted. It’s not hard to see how, if mistakes are made, or the system causes additional cuts at unexpected or extra places in the genome, there could be mutations and/or cancer. But that’s not quite what these studies are saying.

Scientific American writes, “The CEO of CRISPR Therapeutics, Sam Kulkarni, told STAT the results are ‘plausible.’ Although they likely apply to only one of the ways that CRISPR edits genomes (replacing disease-causing DNA with healthy versions) and not the other (just excising DNA), he said, ‘it’s something we need to pay attention to, especially as CRISPR expands to more diseases. We need to do the work and make sure edited cells returned to patients don’t become cancerous.’”

Erik Sontheimer of the University of Massachusetts Medical School, who researches novel enzymes and off-target effects of CRISPR, told Scientific American, “This is something that bears paying attention to, but I don’t think it’s a deal-breaker.”

The two studies, one published by researchers from Sweden’s Karolinska Institute and the other by researcher from Novartis, describe research where CRISPR was used on different types of human cells—retinal cells by the Karolinska group and pluripotent stem cells by the Novartis group. Both groups observed the same thing. When CRISPR/Cas9 cuts both strands of the DNA double helix, cells activate a repair mechanism organized by a gene called p53. p53 either fixes the DNA break or causes the cell to self-destruct.

Either way, CRISPR doesn’t work. In fact, the Novartis group calculated that p53 makes CRISPR in pluripotent stem cells 17 times less efficient. In effect, scientists using CRISPR are battling the body’s ability to repair itself. Scientific American notes, “That might explain something found over and over: CRISPR is woefully inefficient, with only a small minority of cells into which CRISPR is introduced, usually by a virus, actually having their genomes edited as intended.”

The key thinking here is that if p53 doesn’t overcome CRISPR edits by repairing the cells or by killing them, it’s because the p53 in that cell doesn’t work effectively. And it’s well known that p53 dysfunction can cause cancer. P53 mutations are linked to about half of ovarian cancers, 43 percent of colorectal cancers, 38 percent of lung cancers, about 33 percent of pancreatic, stomach, and liver cancers, and about 25 percent of breast cancers.

One of the conclusions of both papers is that before using CRISPR on human beings, they should make sure that p53 is functional before and after genome engineering.

The studies don’t mean CRISPR will go into the dustbin of scientific research. But it does suggest that everyone should proceed with caution.

It was announced in April that CRISPR Therapeutics is starting to treat patients in Europe using CRISPR for beta thalassemia, a blood disorder. China has several ongoing clinical trials using CRISPR. In the U.S., to date, there is only one human clinical trial ongoing, at the University of Pennsylvania for melanoma, sarcoma, and multiple myeloma.