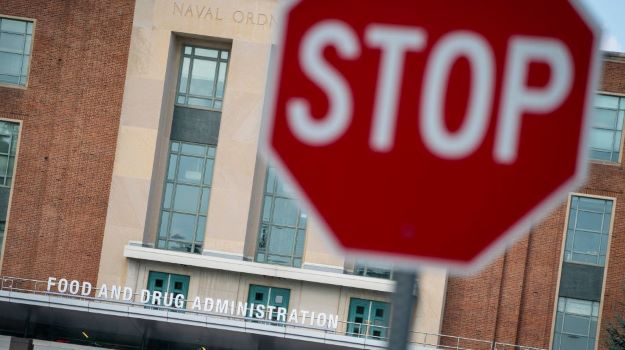 A next-generation peptide-conjugated phosphorodiamidate morpholino oligomer, SRP-5051 is being developed for the treatment of patients with DMD who are amenable to exon 51 skipping. The investigational agent is undergoing safety and efficacy assessments in the Phase II multi-arm, dose-ascending MOMENTUM trial. The FDA’s order came after a patient’s serum magnesium dropped to dangerously low levels, a condition called hypomagnesemia.

Currently, the regulatory body is requesting relevant information regarding all recorded cases of hypomagnesemia in MOMENTUM, even those deemed non-serious, to assess whether Sarepta’s risk mitigation and safety monitoring mechanisms are adequate.

“Our first priority, as you can well imagine, is patient safety and well-being, so we are going to work very diligently and we intend to rapidly respond to the FDA’s request for additional information,” Douglas Ingram, president and CEO of Sarepta, said in an investor conference call Thursday afternoon. “We are confident that we can provide clarifying information to satisfy the FDA’s request in the next few days and to resume dosing in the U.S. very expeditiously.”

The trial remains ongoing outside the country, and despite the setback, Sarepta expects to complete dosing later this year, Ingram added.

MOMENTUM seeks to enroll up to 60 ambulant and non-ambulant patients across sites in the U.S., Canada and the European Union. Part A of the trial was completed last year and showed that 12 weeks of monthly SRP-5051 infusions led to an eight-fold increase in dystrophin in the skeletal muscle compared to eteplirsen. Cases of reversible hypomagnesemia were also detected in part A.

The ongoing part B of MOMENTUM has measures to monitor and supplement blood magnesium levels. The serious case of hypomagnesemia in question was detected through laboratory tests conducted in line with these actions. This patient also presented with very low serum potassium levels and experienced mild-to-moderate tingling of the extremities and muscle cramps. Following protocol-prescribed supplementation, magnesium levels normalized, while symptoms resolved within three days.

“We believe that the SRP-5051 may transiently interfere with magnesium reabsorption by the kidney. Importantly, we have not seen worsening of the hypomagnesemia over time, or evidence of acute or chronic renal damage, or evidence of persistent renal tubular injury associated with the hypomagnesemia,” Louise Rodino-Klapac, Ph.D., executive vice president and head of R&D at Sarepta, said during the call.

“Furthermore, the cases of hypomagnesemia have improved or resolved, while patients remain on treatment and do not appear to worsen over time.”

Developed using Sarepta’s next-generation platform, SRP-5051 binds to exon 51 of the pre-mRNA product of the dystrophin gene. This exon is skipped during mRNA processing, leading to a shorter but functional dystrophin gene.

Joining Sarepta in the DMD space is New Jersey-based PTC Therapeutics, which reported earlier this week that it had enough data to support a fresh round of FDA applications for its candidate, Translarna (ataluren). Though Translarna is authorized for use in Europe and other countries, it has already been rejected by the FDA thrice.

In the U.S., DMD patients have very limited treatment options. If they pass the FDA’s rigor, Sarepta’s SRP-5051 and PTC’s Translarna could be strong therapeutic alternatives for these patients.