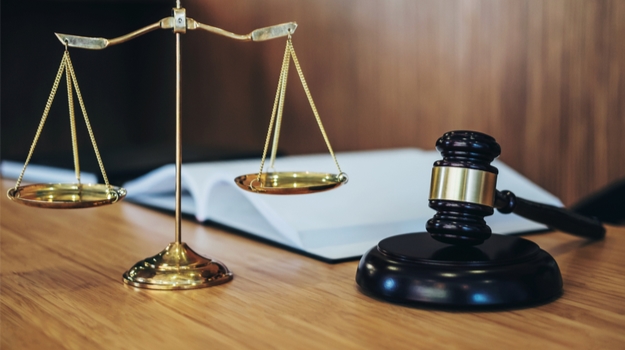 As the biotech world awaits the announcement of Merck’s anticipated buyout of Seagen, an arbitrator came down on the side of Daiichi Sankyo in a patent battle against the Seattle-based biotech.

Friday’s decision means Daiichi Sankyo will retain all patent rights to its antibody-drug conjugate (ADC) technology. This prevents Seagen from collecting royalties on the sale of Enhertu (trastuzumab deruxtecan).

Enhertu, developed jointly with AstraZeneca, is an antibody-drug conjugate made up of the humanized monoclonal antibody trastuzumab linked to the topoisomerase I inhibitor deruxtecan. The drug is approved for the treatment of human epidermal growth factor receptor 2 (HER2)-positive breast cancer, gastric or gastroesophageal junction (GEJ) adenocarcinoma and most recently, HER2-mutant metastatic non-small cell lung cancer (NSCLC). The breast cancer approval came on August 6.

“While we are disappointed with the arbitration decision, it was important for us to pursue this legal action,” Roger Dansey, Seagen’s interim CEO, said in a statement. He added that the ruling “does not impact our existing business” and said the company is well-positioned to drive continued innovation and growth with four commercial products and a deep and diverse pipeline of promising programs.

The History of Seagen vs Daiichi Sankyo

Late in July, the U.S. District Court for the Eastern District of Texas found that Enhertu infringed Seagen’s U.S. Patent 10,808,039. In that decision, the court found the infringement willful and awarded Seagen $41.8 million in damages.

In November 2019, Daiichi Sankyo filed a Declaratory Judgment action in the District Court of Delaware against Seagen. This was in response to Seagen’s claims about certain intellectual Daiichi Sankyo ADC property rights. Seagen’s allegations were related to a collaboration deal between the two companies from 2008 to 2015. Seagen then filed a demand for arbitration with the American Arbitration Association, which led to the August 13 decision.

In the 2008 deal, Daiichi Sankyo and Seagen agreed to develop ADCs. This class of drug involves a monoclonal antibody that targets specific cancer cells linked to a payload of a chemotherapeutic agent. The intention is to deliver the toxic agent in a more targeted fashion. At some point after the collaboration ended, Daiichi Sankyo produced Enhertu in addition to other ADCs.

Seagen alleged that the linker used in Enhertu and other ADCs are “improvements” to technology Daiichi Sankyo licensed from the company, which Seagen owns.

Analysts have projected that Enhertu will bring in $6 billion in annual revenue by 2026.

The arbitrator noted “statute of limitations and disagreement with Seagen on the interpretation of the contract” in ruling for Daiichi Sankyo.

“We are extremely pleased that, based on the facts of this matter, the arbitrator recognized that Daiichi Sankyo retains ownership of all patents at issue in the arbitration and that our platform ADC technology was developed by Daiichi Sankyo,” Sunao Manabe, president and CEO of Daiichi Sankyo said.

Reportedly, Merck is in talks to acquire Seagen, although no official announcement has been made. Seagen is valued at $32 billion. Merck’s oncology business is deeply tied to its mega-blockbuster checkpoint inhibitor Keytruda (pembrolizumab), which will dive off the patent cliff by 2028. Seagen’s cancer portfolio includes Adcetris, Padcev, Tivdak and Tukysa, as well as 12 other pipeline drugs and more than 40 ongoing clinical trials.

Should the deal go through, there are questions about whether the Federal Trade Commission (FTC) will force either of the companies to divest one or more of their drugs.