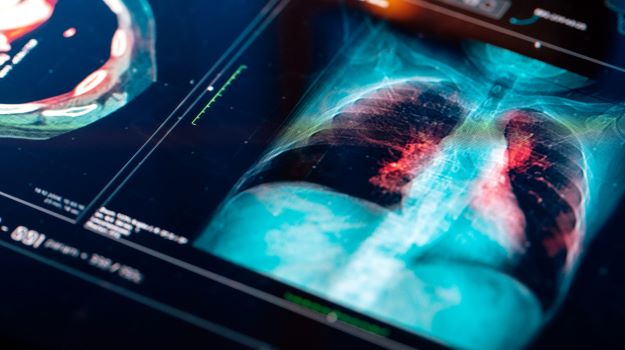 The good news just won't stop coming for AstraZeneca and Daiichi Sankyo in regards to Enhertu as the antibody-drug conjugate (ADC) racked up more positive data on Monday.

On Friday, Enhertu was approved by the U.S. Food and Drug Administration as the first HER2-directed medicine for patients with HER2-mutant metastatic NSCLC, a particularly lethal form of the disease. This followed an approval the previous week for the drug as a treatment for patients with unresectable or metastatic HER2-low breast cancer.

On Monday, the partners announced another Phase III victory. Positive topline results from the DESTINY-Breast02 trial comparing Enhertu to physician’s choice of treatment hit the primary endpoint. The drug led to statistically significant and clinically meaningful improvement in progression-free survival in patients with HER2 positive unresectable and/or metastatic breast cancer who had previously been treated with trastuzumab emtansine (T-DM1), another ADC, the companies said.

Ken Takeshita, M.D., global head of R&D at Daiichi Sankyo, said these results "confirm the robust progression-free survival seen in previous trials of ENHERTU and enrich our clinical understanding of the benefit this therapy may offer patients with HER2 positive metastatic breast cancer."

On Friday morning, Daiichi Sankyo and AstraZeneca announced that Enhertu (trastuzumab deruxtecan) was approved for the treatment of patients diagnosed with unresectable or metastatic NSCLC whose tumors have activating HER2 mutations. The FDA’s nod was granted under the accelerated approval pathway based on the objective response rate of 57.7% and a duration of response seen in clinical studies. The companies noted that additional clinical data may be required by the FDA from a confirmatory trial due to the parameters of accelerated approval.

Ahead of approval, Enhertu was granted both Breakthrough Therapy designation and Priority Review for this indication. HER2, a tyrosine kinase receptor growth-promoting protein, is expressed on multiple tumor types, including lung, breast, gastric and colorectal cancers. The mutated forms of HER2 have been recognized as a legitimate target.

In NSCLC, the most common form of lung cancer, HER2 mutations occur in 2% to 4% of patients. Bob T. Li, an oncologist at Memorial Sloan Kettering Cancer Center, called the approval an important milestone for lung cancer.

“After two decades of research into the role of targeting HER2 in lung cancer, the approval of the first HER2-directed treatment option validates HER2 as an actionable target in lung cancer and marks an important step forward for treating this patient population with unmet medical needs,” Li said in a statement.

The approval also marks the third tumor type the FDA has approved Enhertu for in three years. The other two indications are breast and gastric cancers.

Ken Keller, president and chief executive officer of Daiichi Sankyo, expressed excitement about the approval and the expanded use of Enhertu against HER2 tumors. Keller said the latest approval “underscores its significant potential” across HER2-targetable tumors.

Interim data from the Phase II DESTINY-Lung02 study showed that Enhertu, an engineered HER2-directed antibody-drug conjugate, led to a 57.7% objective response rate. This was observed following a blinded independent review.

The companies noted a small number of patients, less than 2%, saw complete responses at the interim review, while partial responses were observed in 55.8% of patients. The median duration of response was 8.7 months, the companies said. Full results from the trial will be presented at an upcoming medical conference.

Dave Fredrickson, oncology business unit head at AstraZeneca, noted that HER2-mutant non-small cell lung cancer is an aggressive form of the disease. It typically affects younger patients and there are few treatment options, which leads to a poor prognosis for those patients, he said.

“Today’s news provides these patients with the opportunity to benefit from a targeted therapy and highlights the importance of testing for predictive markers, including HER2 in lung cancer, at the time of diagnosis to ensure patients receive the most appropriate treatment for their specific disease,” Fredrickson said in a statement.

Alongside the approval of Enhertu for this indication, the FDA also approved companion diagnostic tests to detect HER2 mutations in lung tumor tissue and plasma.

The August 6 approval in HER2-low breast cancer was based on the DESTINY-Breast04 study in which Enhertu demonstrated a 49% improvement in median overall survival by more than six months compared to chemotherapy alone. With that study, Enhertu became the first HER-2-directed therapy to demonstrate a survival benefit in this population.

Enhertu has previously been approved as a treatment for adults with unresectable or metastatic HER2-positive breast cancer who have had two or more previous anti-HER2-based treatments in the metastatic setting. Last year, Enhertu also became the first HER2-directed medication in the past 10 years approved by the FDA to treat gastric cancer.