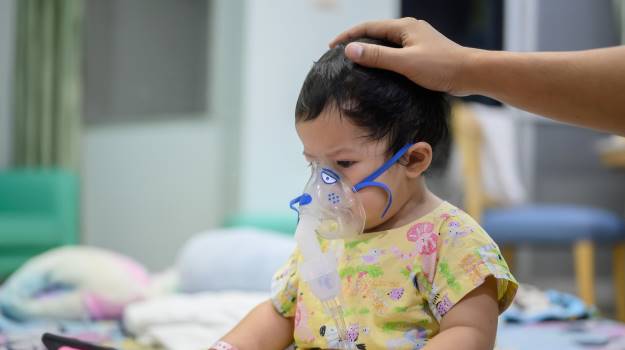 The latest results from Sanofi and AstraZeneca's Phase III trial nirsevimab demonstrate the vaccine's ability to protect all infants from the respiratory syncytial virus (RSV) with a single dose.

In the Phase III MELODY trial, which covered healthy infants born at term or late preterm (at least 35 weeks), researchers found a 74.5% lower incidence of RSV-caused pneumonia, bronchiolitis and other medically attended lower respiratory tract infections compared to those who were given a placebo. In infants older than 28 weeks at the same dose, there was a 77.3% lower incidence of respiratory syncytial virus-linked hospitalizations.

Results from the Phase II/III and Phase III studies were consistent with the Phase IIB trial conducted in different populations, all demonstrating single-dose nirsevimab's ability to protect infants. All studies met safety and tolerability endpoints.

About the Respiratory Syncytial Virus Drug

Nirsevimab is an investigational long-acting antibody designed to work to protect all infants in their first RSV season. The goal of the vaccine is to give direct and rapid protection through a single immunization dose. The respiratory syncytial virus is the most common cause of lower respiratory tract infection and is a leading cause of infant hospitalizations. The disease is contagious.

"With three pivotal late-stage trials, our research has been focused on delivering a first-in-class RSV prevention for all infants. Our Phase 3 MELODY results in healthy late preterm and term infants represent a major milestone toward that goal. We are pleased nirsevimab has the potential to become the first immunization to protect all infants across the RSV season, with only a single dose," commented Jean-François Toussaint, the global head of research and development vaccines at Sanofi, in a statement.

MELODY is a randomized, placebo-controlled study conducted among healthy infants entering their first respiratory syncytial virus season in 21 countries. Those who received the vaccine were given either a 50mg single dose (infants weighing under 5 kgs) or a 100mg single dose (infants weighing equal to or more than 5 kgs) via intramuscular injection. The trial involved 1,490 participants. Details are published in the New England Journal of Medicine.

The other study, the Phase II/III MEDLEY trial, evaluated nirsevimab's safety and tolerability in preterm infants and infants diagnosed with congenital heart disease and/or chronic lung disease of prematurity who are eligible to take palivizumab. Around 918 infants participated in this study, conducted from July 2019 to May 2021.

"Respiratory syncytial virus is a leading cause of lower respiratory tract infections, such as bronchiolitis or pneumonia, as well as hospitalizations in infants," said Mene Pangalos, the executive vice president for biopharmaceuticals R&D at AstraZeneca. "These data show for the first time, the potential to significantly protect all infants through their first RSV season with a single-dose immunization and we look forward to working with health authorities to bring nirsevimab to infants as quickly as possible."

Sanofi and AstraZeneca entered into an agreement to develop and commercialize nirsevimab in March 2017. AstraZeneca is in charge of development activity, while Sanofi leads commercialization efforts. They have reportedly already begun regulatory applications.