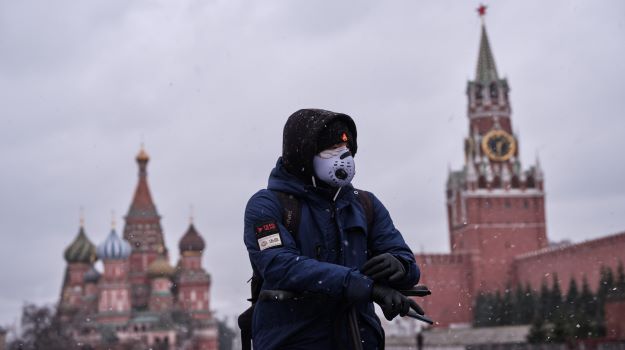 The Russian government is attempting to cast a negative light on the COVID-19 vaccine developed by Pfizer and BioNTech, as well as other vaccines, in order to boost sales of its own vaccine, Sputnik V, the government charged.

First reported by The Wall Street Journal, the U.S. Department of State has identified multiple publications that reportedly serve as fronts for Russian intelligence that are involved in the disinformation campaign. According to the report, these publications are raising concerns about the safety and efficacy of the western-developed vaccines. The publications are also suggesting the vaccines were rushed through development and the regulatory process, not only in the United States but in other western countries. The cost of the Western-made vaccines, particularly the mRNA vaccine developed by Pfizer and BioNTech, has also been a focus of Russian disinformation, the government said.

“We can say these outlets are directly linked to Russian intelligence services,” an official with the State Department’s Global Engagement Center said of the sites behind the disinformation campaign, the Journal reported. “They’re all foreign-owned, based outside of the United States. They vary a lot in their reach, their tone, their audience, but they’re all part of the Russian propaganda and disinformation ecosystem.”

Russia first authorized Sputnik V in August, well ahead of western vaccines. The government granted authorization while the vaccine was still in clinical studies. Sputnik V is an adenoviral vector vaccine developed by Moscow’s Gamaleya Institute. The government later reported that Sputnik V had an efficacy rate of 92% following administration of the second dose. Those results were later validated in a peer-reviewed study.

As an example, in November, New Eastern Outlook and Oriental Review called mRNA radical experimental technology” that lacked “precision,” the Journal reported. The outlet also said the FDA authorization was rushed through with the help of Bill Gates and Anthony Fauci. The article accused the two of “playing fast and loose with human lives in their rush to get these experimental vaccines into our bodies,” according to the report. The article from New Eastern Outlook was shared across the eastern blogosphere.

Russian disinformation on medical issues is not a new trend. The former Soviet Union accused western governments of intentionally spreading dengue fever in Cuba and malaria in Pakistan, the Journal said, citing Judy Twigg, a professor at Virginia Commonwealth University who is an expert on global health issues.

“A persistent KGB campaign claimed that the U.S. Army’s former biological weapons labs at Fort Detrick had unleashed the AIDS epidemic,” she said.

Russia has successfully been marketing its Sputnik V vaccine across Eastern Europe, Asia and Latin America. It’s also seeking authorization within the European Union. As part of its marketing efforts, the government has pointed to the ease of transportation for the vaccine since it does not require extremely cold temperatures like the mRNA vaccines/ Also, Russia has pointed to the lower price point for the vaccine, about $10 per shot. As that government expands access to its vaccine, it has sought to denigrate those developed by Pfizer and Moderna. A German report expected to be issued today, points to thousands of social media posts from the Russian government, as well as the governments of China and Iran, that spread negative views of western-developed vaccines. According to the report, 86% of Russian posts had a negative view of Pfizer’s vaccine and 76% had a negative view of Moderna’s vaccine, the Journal said.