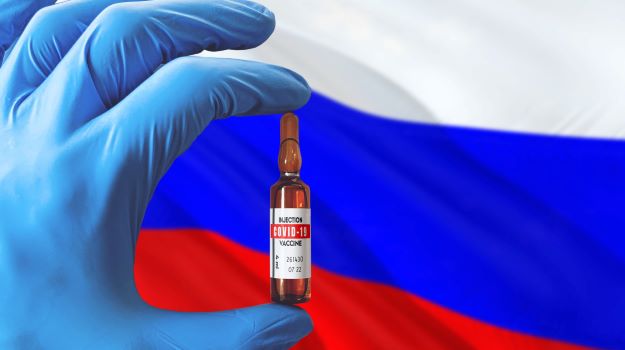 After months of touting its efficacy to the western world, the efficacy of Russia’s Sputnik V vaccine has been validated in a peer-reviewed study published in The Lancet.

The prestigious journal published an interim analysis of Phase III data for the Russian-made vaccine that showed the preventative medicine generated an efficacy of 91.6% against the original strain of the virus. Only two other vaccines currently authorized against COVID-19 have shown higher efficacy. The mRNA vaccines developed by Moderna and Pfizer and BioNTech have demonstrated a 94% and 95% efficacy, respectively.

Among the cases analyzed, over 98% of volunteers developed humoral immune response and 100% - cellular immune response, the government said. The calculation was made following 78 confirmed cases of COVID-19 among nearly 20,000 volunteers who received two doses of the vaccine or placebo. The report shows that cases of COVID-19 were significantly higher among placebo patients, 62, compared to 16 cases among those who received the vaccine. That number of infections is significantly lower than what Pfizer and BioNTech used in its announcement. The Western pharma companies reported their interim findings following 94 infections among trial participants.

According to the analysis, among older patients above the age of 60, efficacy from Sputnik V was 91.8%. The level of virus-neutralizing antibodies generated by the vaccine was reported at 1.3 to 1.5 times higher than the level of antibodies of patients who recovered from COVID-19. The vaccine has also shown a positive safety profile with mild to moderate reactions.

Russia first announced the interim data in November, three months after the government of that country authorized the vaccine for use. Russia’s Sputnik V vaccine is an adenoviral vector vaccine developed by Moscow’s Gamaleya Institute. The vaccine has been genetically modified to infect cells then make those cells manufacture spike proteins of SARS-CoV-2, the novel virus that causes COVID-19. Sputnik V uses two different vectors, which the Gamaleya Center said allows for a more effective defense against COVID-19. By deploying two different vectors, Sputnik V avoids a possible neutralizing effect and generates a durable and longer-lasting immune response, the Gamaleya Center said.

Alexander Gintsburg, director of Russia’s Gamaleya Research Institute of Epidemiology and Microbiology, called the Lancet publication of the interim Phase III data a “great success” in the battle against COVID-19.

“The Russian vaccine’s safety and high efficacy are shown by the hard scientific data presented and I congratulate the entire team of Gamaleya National Research Center for this monumental achievement. Several vaccines have already been created based on human adenoviruses and this tool is one of the most promising for development of new vaccines in the future,” Gintsburg said in a statement.

Calling Sputnik V a “vaccine for all mankind,” Kirill Dmitriev, chief executive officer of the Russian Direct Investment Fund, not only touted the safety and efficacy of Sputnik V, he also pointed to the ease of transportation for the vaccine since it does not require extremely cold temperatures, as well as the lower price point for the shots. Selling at about $10 per shot, The Russian government has already marketed Sputnik V in 16 countries. Those countries are Russia, Belarus, Serbia, Argentina, Bolivia, Algeria, Palestine, Venezuela, Paraguay, Turkmenistan, Hungary, UAE, Iran, Republic of Guinea, Tunisia and Armenia.