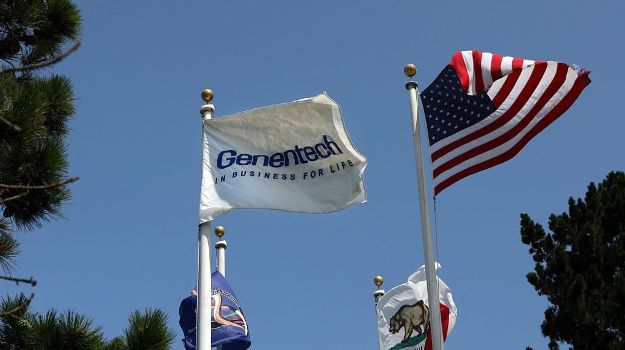 Amneal Pharmaceuticals received the green light from the U.S. Food and Drug Administration for bevacizumab-maly, a biosimilar to Genentech (Roche)’s Avastin. The biosimilar approval marks the second for Amneal this year.

The Avastin biosimilar will be marketed under the branded name Alymsys. It was initially developed by mAbxience SA, a Swiss biotech. The biosimilar is a vascular endothelial growth factor inhibitor. With the FDA approval, the biosimilar will be eligible to be prescribed for the multiple indications for which the Genentech drug has been approved, including metastatic renal cell carcinoma, Stage III or IV ovarian cancer, recurrent epithelial ovarian, fallopian tube, or primary peritoneal cancer and persistent, recurrent cervical cancer. There are two other Avastin biosimilars, Mvasi (bevacizumab-awwb), co-developed by Amgen and Allergan, and Pfizer’s Zirabev (bevacizumab-bvzr).

Chirag and Chintu Patel, the co-chief executive officers of New Jersey-based Amneal, said the approval of Alymsys expands the company’s toehold in the $28 billion biosimilar market in the U.S.

“Biosimilars represent the next wave of affordable medicines in the U.S. and are closely aligned with our strategy to provide high quality, affordable medicines to as many patients as possible,” the Patels said in a statement. “By combining partner assets with our own key capabilities, we are on a clear path to becoming a meaningful player in this high growth category.”

Biosimilars are biologic products that are highly similar to a branded drug but are always uniquely different in composition. That similarity makes biosimilar treatments attractive to treating physicians because of the understanding that the products are so similar to the original reference drug. And, that makes them equally as effective and available at a significant cost reduction.

“For us, this is a great example of our globalization strategy materializing and how innovation and cutting-edge R&D technology can be applied to create high quality, affordable medicines that improve access to critical treatments,” Lepine said in a statement.

According to IQVIA, annual sales for bevacizumab were $2.6 billion over the past 12 months. Of that, $1.6 billion represented biosimilar sales, Amneal noted in its announcement.

Earlier this year, Amneal saw the approval of another biosimilar, Releuko (filgrastim-ayow), a filgrastim biosimilar referencing Amgen’s Neupogen. Amneal co-developed Releuko with Kashiv Biosciences. Like Neupogen, Releuko is a treatment for neutropenia, a low white blood cell condition experienced by chemotherapy patients. Two other biosimilars for Neupogen have been approved, including Zarxio and Nivestym.

Since Zarxio was first approved in 2015 by the FDA there have been 33 other biosimilars that have received the green light in the U.S. However, not all of them are yet available due to patent protections for some branded drugs, such as AbbVie’s Humira. Biosimilars have been widely available in Europe since 2006, but the FDA was only granted the right to review and approve them when the Affordable Care Act was passed in 2010.