Biosimilars Gain Headway in US with Approval of Kashiv’s Releuko 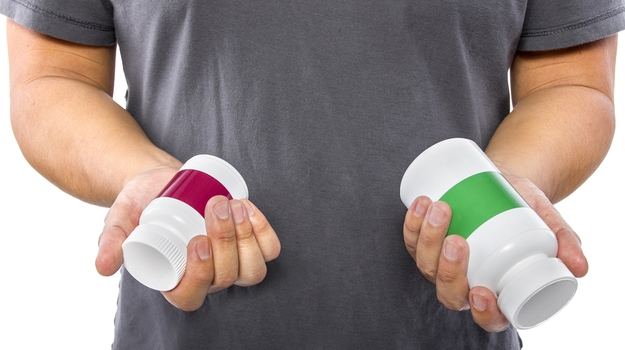 Biosimilar development continues to advance for the U.S. market in anticipation of becoming an alternative to a brand drug with similar safety and efficacy. Earlier this month, Kashiv BioSciences won FDA approval for Releuko, a biosimilar to Amgen’s Neupogen.

Releuko, which was co-developed with Amneal Pharmaceuticals, is expected to launch in the third quarter of 2022 as a treatment for neutropenia, a low white blood cell condition experienced by chemotherapy patients. Two other biosimilars for Neupogen have been approved, including Zarxio and Nivestym.

Chandramauli Rawal, chief operating officer for Kashiv, said the company is one of the few U.S. –based companies to manufacture and launch a biosimilar for the U.S. market. Beyond the Neupogen biosimilar, Rawal said Kashiv is also developing a biosimilar to Amgen’s Neulasta. It aims for approval of its Biologics License Application later this year. Additionally, Kashiv and Amneal hope to secure approval for a biosimilar to Genentech’s Avastin.

Chirag and Chintu Patel, co-chief executive officers for Amneal, noted that biosimilars represent the “next wave of providing access to affordable medicines in the U.S.” They said Amneal intends to become a long-term player in the biosimilar market.

Biosimilars are biologic products that are highly similar to a branded drug but are always uniquely different in composition. Biosimilar treatments can be attractive to treating physicians because of the understanding that the products are so similar to the original reference drug. That makes them equally as effective and available at a significant cost reduction.

Since Zarxio was first approved in 2015 by the FDA, there have been 33 other biosimilars that have received the green light in the U.S. Not all of them are yet on the market due to existing patents that protect against the competition, such as the case with AbbVie’s Humira. Patent protection for that drug, which generated about $20 billion in revenue in 2021, fall next year, paving the way for multiple biosimilars.

Multiple companies have been making headway with biosimilars in the U.S., even as some have fought tooth and nail to prevent competition for their branded drugs. Biosimilar treatments have a stronger platform in Europe, which has been in use for years. However, in the U.S., traction has been somewhat difficult due to some systemic issues with insurance programs, including formulary design and overcoming some misinformation regarding safety and efficacy, a recent report showed. The report, Improving Drug Management: Employer Strategies on Biosimilars, was authored by the National Alliance of Healthcare Purchaser Coalitions.

“The U.S. lags Europe in embracing and expanding the biosimilars market,” Michael Thompson, National Alliance president and CEO, said in a statement. “Educating plan sponsors about barriers to broader adoption of biosimilars will enable them to challenge the market dynamics blocking this critical channel to achieve a more competitive drug market.”

Prestige BioPharma, a Singapore-based company, hopes to break through those market barriers with its Herceptin biosimilar. This morning, the company announced positive Phase III results that show HD201 has a comparative safety and efficacy to the Genentech cancer drug. Data was published in the Journal of the American Medical Association Oncology. If approved, HD201 will be marketed under the brand name Tuznue.

Prestige said the difference between the Herceptin treatment group and the HD201 group was not significant and fell within the predefined equivalence margins. Similar safety, P.K. and immunogenicity results were reported for the two treatment arms.

Some analyses are ongoing, including three-year event-free survival, as well as overall survival. The preliminary results of the current final analysis indicate highly comparable rates in both areas for HD201 and Herceptin.