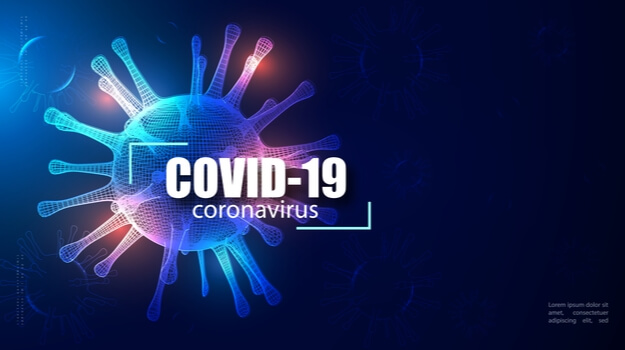 Researchers with the Cleveland Clinic developed a first risk prediction model for healthcare providers to predict an individual patient’s likelihood of a positive COVID-19 test, in addition to predicting their outcomes from the disease. The model, called a nomogram, evaluates the relevance of age, race, gender, socioeconomic status, vaccination history and current medications in COVID-19 risk. The results were published in the journal CHEST. The actual test can be found here.

“The ability to accurately predict whether or not a patient is likely to test positive for COVID-19, as well as potential outcomes including disease severity and hospitalization, will be paramount in effectively managing our resources and triaging care,” said Lara Jehi, Cleveland Clinic’s Chief Research Information Officer and corresponding author of the study. “As we continue to battle this pandemic and prepare for a potential second wave, understanding a person’s risk is the first step in potential care and treatment planning.”

“Our findings corroborated several risk factors already reported in existing literature—including that being male and of advancing age both increased the likelihood of testing positive for COVID-19—but we also put forth some new associations,” said Jehi. “Further validation and research are needed into these initial insights, but these correlations are extremely intriguing.”

A Molecule that Can Reverse Narrowing of the Arteries

Investigators at The Scripps Research Institute have developed molecules that appear to remodel the bacterial population of intestines to a healthier state. In mouse experiments, the methodology reduced cholesterol levels and inhibited the thickened-artery condition called atherosclerosis. The peptides they developed beneficially shifted the gut microbiome with a result of decreased cholesterol levels and slower buildup of fatty deposits in the blood.

Investigators from the University of Hawaii Cancer Center evaluated why some people develop cancer and others do not. The original basis of investigation was that cancer usually occurs from an interaction between a person’s genetics and exposure to environmental carcinogens. The perspective article highlighted some of the most leading-edge investigations of how genes and environmental factors interact to cause cancer.

Scientists at Seattle Children’s Research Institute have developed a genetically attenuated parasite (GAP) that arrests the malaria parasite late in the liver stage. It would work against Plasmodium falciparum, the deadliest form of the malaria parasite in humans. The researchers selected genes from the malaria parasite to delete, which allows the GAPs to stop in the liver without hitting the most dangerous blood stage of infection. A first-generation GAP vaccine, GAP3K, completed the first Phase I clinical trials and is continuing into the clinic. This next-generation GAP has been tested in rodents and the researchers believe it would be superior to GAPs like GAP3KO.

Researchers at the University at Buffalo conducted a Phase II trial of a drug called golimumab that appeared to preserve beta-cell function in children and young adults with newly diagnosed Type 1 diabetes. Golimumb is an anti-tumor-necrosis-factor (TNF) therapy. In the study it decreased the amount of injected insulin needed in the patients by preserving their ability to generate insulin on their own. The study was funded by Janssen Research & Development, a Johnson & Johnson company. Golimumab is marketed as Simponi and indicated for rheumatoid arthritis, ulcerative colitis and other autoimmune diseases.

Oddly, sometimes it’s easier to identify smaller mutations than larger mutations. Researchers with the National Institute of Standards and Technology (NIST) have developed a way for laboratories to determine how accurately they can detect large mutations. These mutations can be large insertions and deletions in the human genome. This new benchmark integrated results from 19 different analytical approaches as part of the NIST Genome in a Bottle Consortium.

“Just like a company making rulers could compare their ruler to a standard measuring stick to make sure it is measuring the correct distance, clinical laboratories doing DNA sequencing can measure NIST reference material DNA and compare their answer to this new benchmark to help make sure they measure large insertions and deletions as well,” said NIST biomedical engineer Justin Zook.