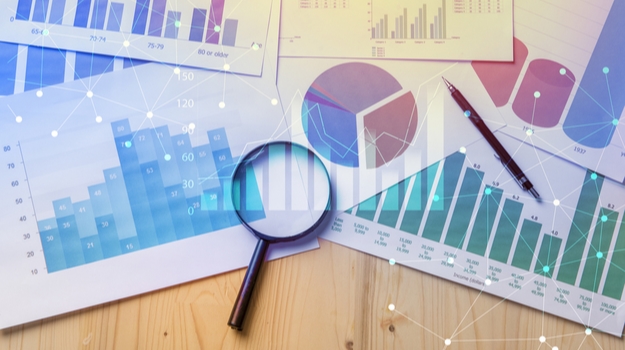 Researchers from the Wellcome Sanger Institute, GlaxoSmithKline and Biogen, working under the Open Targets initiative, have demonstrated that thousands of DNA differences that are associated with immune diseases are also connected to the specific switching on of a subtype of immune cells. Previous research has shown that there are thousands of genetic variants common in individuals with immune diseases. The new study was published in the journal Nature Genetics.

“Our study is the first in-depth analysis of immune cells and cytokine signals in the context of genetic differences linked to immune diseases,” said Blagoje Soskic, lead author of the paper from the Wellcome Sanger Institute and Open Targets. “We found links between the disease variants and early activation of memory T-cells, suggesting that problems with regulating this early T-cell activation could lead to immune diseases.”

The research teams evaluated parts of the genome active in three types of immune cells accumulated from healthy volunteers, then compared their positions against all the genetic variants associated to different immune diseases. They also added different cytokines to their pool, which then consisted of a total of 55 different cell states that mimic immune disease inflammation. One particular cell type and cell state, early activation of memory T-cells, had the most active DNA as the same regions as the genetic variants associated with immune diseases. Cytokines, however, did not have as significant a role as suspected.

“There are thousands of different cell types and states in the body, and finding the cause of autoimmune diseases is like finding a needle in a haystack,” said Gosia Trynka, senior author from Wellcome Sanger Institute and Open Targets. “We have identified early activation of memory T-cells as being particularly relevant to immune diseases, and will now be able to dive deeper into studying how this is regulated, to discover genes and pathways that could be used as drug targets.”

Researchers at the University of California – San Diego, showed that use of an injectable hydrogel was able to repair damage and restore heart function in patients after a heart attack. This was a Phase I clinical trial sponsored by Ventrix, a UCSD spin-off. The gel, named VentriGel, is manufactured from cardiac connective tissue from pigs. The researchers take the tissue, strip out heart muscle cells, then freeze-dry and grind it into powder, then liquefy into a fluid that allows it to be injected into the heart muscle without surgery. At room temperate the liquid become a semi-solid, porous gel.

The Chromosome Connections Between Humans and Archaebacteria

Archaebacteria are some of the oldest-living organisms on the planet, one of the three biological domains: bacteria, eukaryotes, and archaea. Researchers at the University of Indiana found that the way DNA is organized in archaeal chromosomes has more similarities to human DNA than it does to bacteria. They believe it may help scientists study human DNA and diseases more effectively because the archaea are similar but less complex than human DNA.

How the 2 Strands of DNA are Held Together

DNA is made up of two strands of sugar and phosphate molecules, twisted into a helix. It has been generally accepted that the two strands were held together by hydrogen bonds—which now appears to be incorrect. Researchers at Chalmers University of Technology, Sweden, showed that that molecules have a hydrophobic interior and exist in an environment mostly of water—meaning that the DNA molecules’ nitrogen basis are hydrophobic, pushing the surrounding water away. The hydrogen bonds appear be more involved in sorting the base pairs rather than connecting the two strands together.

Accumulation of a protein, TDP-43, in the brain has been linked to amyotrophic lateral sclerosis (ALS). Researchers used a technique called deep mutagenesis to study all possible mutations in the TDP-43 protein with unexpected results. They developed more than 50,000 mutations of TDP-43 and tracked their toxicity to yeast cells. However, instead of finding the mutant forms to be more toxic, they were less toxic, forming unusual liquid species in the cells. Although unclear, the researchers believe it’s possible that aggregation of TDP-43 is actually protective, rather than damaging.

Antimicrobial Resistance is Growing Dramatically Around the World

Researchers developed a map of the world showing incidences of antimicrobial activity. The overall picture is of a dramatic increase in antimicrobial resistance, with the highest rates in animals in northeast China, northeast India, southern Brazil, Iran and Turkey. Some of this is related to improved economies, leading to increased meat consumption, linked to dramatic increases in the use of antibiotics in farm animals, but in countries with lower rates of monitoring for antibiotic resistance.

Possible New Weapon for Use in Immunotherapy for Cancer: iNKT Cells

Invariant natural killer T-cells (iNKT) are not as common as other types of immune cells, but they are generally viewed as more powerful. Researchers at UCLA, working in mice, were able to harness iNKT cells to attack cancer cells. They genetically engineered hematopoietic stem cells to develop into iNKT cells, which they then tested on mice with both human bone marrow and human cancers and multiple myeloma and melanoma models. The stem cells differentiated normally into iNKT cells and continued to produce them for the rest of the animals’ lives. The stem cell-derived iNKT cells also effectively suppressed tumor growth.