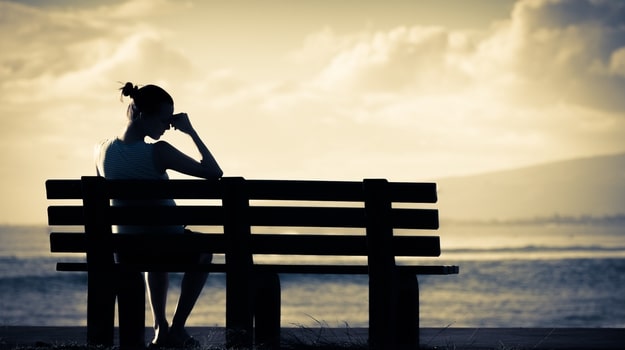 Research performed by the University of Oxford and recently published in The Lancet Psychiatry found that people diagnosed with COVID-19 were at increased risk of adverse mental health issues; in addition, they found the inverse, that having a psychiatric disorder increased the likelihood of catching COVID-19. The research was conducted with TriNetX, a global health research network that leverages real-world evidence (RWE).

“People have been worried that COVID-19 survivors will be at greater risk of psychiatric disorders, and our findings in a large and detailed study show this to be true,” said Paul Harrison, Professor of Psychiatry, University of Oxford, Theme Lead – NIHR Oxford Health Biomedical Research Centre (BRC), who led the study. “Services need to be ready to provide care, especially since our results are likely to be underestimates of the actual number of cases. We urgently need research to investigate the causes and identify new treatments.”

The study de-identified electronic medical records (EMR) data from 62,254 patients diagnosed with COVID-19 between January 20, 2020, and August 1, 2020. The research discovered that a COVID-19 diagnosis was linked to an increased incidence of a first diagnosis of anxiety, depression, or insomnia 14 to 90 days compared to any other group of patients. They also found an increase in the rate of dementia and more relapses in patients with a history of psychiatric problems. About one in five COVID-19 patients received a psychiatric diagnosis within 90 days of being diagnosed with COVID-19.

Researchers at the University of Bonn found that the CRELD1 gene that plays an important role in the development of the heart in embryos plays an important part in the human immune system. The gene stays active after birth and is produced in almost all the cells of the body, but until recently, not much was known about what it did after being involved in embryonic development. In studying 4,500 genomes, they discovered that the gene was much less active in some people, and in the people with little CRELD1 gene activity, there were very few T cells in their blood. These cells are important in battling infections. They found that the genetic loss of the gene did cause the loss of T cells and that they see similar changes in people with an aged immune system. This may have implications for aging, but also for diseases of the elderly, including cancer and Alzheimer’s disease.

Investigators at the Institut national de la recherche scientifique (INRS) in Quebec City, Quebec, demonstrated that nanoparticles could be used to deliver drugs to the brain to treat neurodegenerative diseases. They first tested the method on cultured cells, then on zebrafish. The blood-brain barrier of the zebrafish is similar to that of humans and because its skin is transparent the researchers could follow nanoparticle distribution almost in real time. They also confirmed that there was no toxicity in the nanoparticles they selected. The nanoparticles were made from polylactic acid (PLA), a biocompatible material that the body can easily eliminate. A layer of polyethylene glycol (PEG) covers the nanoparticles and prevents the immune system from seeing them, so they can circulate longer in the bloodstream.

The microglia are a type of immune cell in the brain. Their key role is removing cellular debris. A research team out of Nagoya University in Nagoya, Japan, identified another type of brain cell, the astrocyte, as acting as a backup to microglia in removing debris. In in people with healthy brains, brain cells die, and the rate at which they die increases with age. When the dead cells and other cellular debris accumulate, they hurt surrounding cells, which only speeds up neuronal death and is linked to neurodegenerative diseases like Alzheimer’s. Microglia are involved in cleaning them up, but they are sometimes overwhelmed by the job, which led many researchers to believe there was at least another mechanism at play. First studying it in mouse model, the Nagoya team killed off microglia but found there was another type of cell that continued to clear the debris. They eventually identified them as astrocytes. They believe they not only do this normally, but are more likely to do so when microglia don’t function properly.

Investigators with RMIT University in Melbourne, Australia, developed a neuron-growing ink that leverages the body’s electrical signals to guide the growth of nerve cells. The ink can be printed in lines that directs neurons to grow. A group of researchers from Australia, India and Bangladesh tested the ink on a biocompatible scaffold, demonstrating that it could be guided to regrow nerve cells between the broken ends of a nerve. The research is very early, but has the potential to be used to treat nerve damage and injury by regrowing damaged nerves to be fully reconnected. The ink combines dopamine, a neurotransmitter, with a conductive carbon nanofiber and polymer. The nanofiber and polymer allow for controlled release of dopamine, which supports developing neurons’ survival.

Dexamethasone May Be Less Effective for COVID-19 in Diabetic Patients

Scientists at the Department of Energy’s Argonne National Laboratory found that the way dexamethasone, a steroid that has been successfully found to treat COVID-19, may be less effective in diabetic patients. A research team led by investigators at the University of Virginia studied how serum albumin, a blood protein, attaches to and transports dexamethasone through the body. They used X-rays from the Argonne lab’s Advanced Photon Source (APS) to observe the structure of serum albumin combined with dexamethasone. They published their research in the Journal of the International Union of Crystallography.

The researchers already knew that low albumin levels made it more difficult for patients to benefit from dexamethasone. The new research demonstrated that diabetic patients may have the same problem, because high blood sugar changes the way albumin binds with dexamethasone. It may lead doctors to change how they prescribe dexamethasone for certain patients.