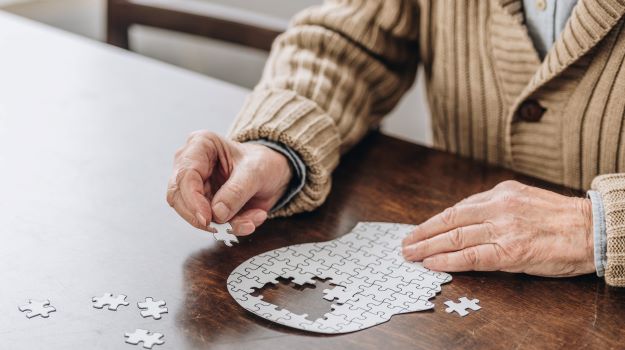 Investigators at the University of California – Los Angeles Health Sciences found that a common and inexpensive epilepsy drug appeared to decrease cognitive symptoms in Alzheimer’s patients. They were investigating the drug in Alzheimer’s patients who showed evidence of silent epileptic activity, which is to say, seizure-like brain activity that didn’t have the actual physical seizure symptoms. Alzheimer’s patients with that sort of silent epileptic activity tend to have a faster cognitive decline. The drug is levetiracetam, which was approved by the U.S. Food and Drug Administration (FDA) for epilepsy in 1999. It has also shown positive effects in animal models of Alzheimer’s disease. They published their research in the journal JAMA Neurology.

They screened 54 patients with mild Alzheimer’s symptoms, looking for silent epileptic activity via an EEG and magnetoencephalogram (MEG). Of the 54, 34 were eligible to participate, with almost 40% having epileptic activity, and the rest with no epileptic activity. They were divided into two groups, one receiving placebo for four weeks, followed by four weeks of no drugs, then 125 mg of levetiracetam twice a day for four weeks. The second group received the same treatment, but in reverse order. Unfortunately, the drug did not significantly change cognitive function. It did, however, improve executive function and spatial memory in the Alzheimer’s patients who had seizures or subclinical epileptiform activity.

“There were very clear differences between the groups,” said Keith Vossel, Director of the Mary S. Easton Center for Alzheimer’s Disease Research at UCLA, and the principal investigator on the trial. “There’s a subtype of Alzheimer’s disease, consider it an epileptic variant, that’s quite common, occurring in approximately 60% of patients. Patients with this form of Alzheimer’s disease show symptomatic improvement with levetiracetam.”

Researchers with McGill University have identified a working mechanism of potential drugs targets for various diseases, including cancer, rheumatoid arthritis and COVID-19. The work revolves around the inner workings of the complement system, which is part of the immune system that attacks bacteria and viruses. They found that when complement is activated, it includes two different membrane receptors, C5aR1 and C5aR2. Excess and sustained activation leads to inflammation, such as the life-threatening ones associated with severe COVID-19. Using CRISPR and cryogenic microscopy, they dissected the workings of C5aR2. They believe their work opens the possibility of designing new drugs that bind to the C5aR2 receptor, block its activation and the inflammatory response.

Yet Another Link Between Diabetes and Alzheimer’s Disease

Scientists at University of Nevada, Las Vegas, published research showing that chronic high blood sugar (hyperglycemia) impairs the performance of working memory and changes fundamental aspects of working memory networks. They found that the hippocampus and the anterior cingulate cortex, parts of the brain key to forming and retrieving memories, were over-connected or hypersynchronized. These parts of the brain are affected early in Alzheimer’s progression, and the over-communication results in errors. The new research shows that hyperglycemia impairs neural activity in ways that are similar to what is seen in preclinical Alzheimer’s disease models and appears to overlap that seen in Alzheimer’s systems. This supports why some researchers have dubbed Alzheimer’s as type 3 diabetes, because of an association with blood sugar control problems.

A research team from Hong Kong Baptist University developed a novel cell sensor that can quickly and inexpensively screen for drug-resistant bacteria. This sensor leverages a barcode-like micro-channel structure. They believe it could be adapted for use in large-scale situations for screening water, food and public facilities, as well as to survey large samples during an infectious disease outbreak. Traditional antimicrobial susceptibility tests (AST) are expensive and take 16 to 24 hours to obtain results. Using the system, technicians inject bacterial samples into the device, where they incubate in the “cell culture zone.” The bacteria then flow through the “adaptive linear filters,” and collect at the end of the micro-channels. A cell phone with a macro-lens can then photograph the “barcode” created by the device, which can be automatically analyzed by the mobile app.

A study out of the University of Zurich found that serotonin reuptake inhibitors (SSRIs), which are used to treat depression, appear to slow the growth of pancreatic and colon cancers in mice. And when combined with immunotherapy, they halted the cancer growth over the long term. Cancer cells utilize serotonin to increase the production of PD-L1, a molecule on cancer cells that helps them hide from the immune system. PD-L1 is a typical target for immunotherapies, i.e., checkpoint inhibitors. In mice, the researchers demonstrated that SSRIs or peripheral serotonin synthesis inhibitors prevented the PD-L1 mechanism of action. Their next step is to test these drug combinations in human clinical trials.

In a commentary in JCO Oncology Practice written by Mayo Clinic Cancer Center researchers, they encourage health care providers to take a new approach to preventing breast cancer. These evidence-based strategies include lifestyle modification, preventive anti-estrogen drugs, surveillance breast imaging and genetic testing. They further suggest that women at high risk of having a hereditary breast cancer mutation should consider prophylactic surgery to decrease risk. The commentary was built on data from two large clinical trials: the Women’s Health Initiative Dietary Modification trial and the Women’s Health Initiative randomized trial with conjugated equine estrogen in women with prior hysterectomy.

“For many years, breast cancer prevention research has primarily focused on the use of anti-estrogen medications to reduce the incidence of favorable, hormone-sensitive breast cancers, but it is critical that we reexamine and implement other risk-reducing strategies to prevent unfavorable breast cancers, known as triple-negative tumors,” said Sandhya Pruthi, a Mayo Clinic internist and lead author of the commentary.