Report: When It Comes to Hiring PhDs, Private Sector and Academia Are About Even 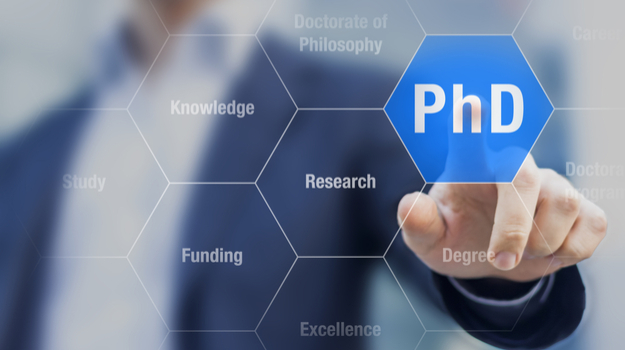 For years, the biggest employers of science and engineering PhDs have been academic institutions. For example, according to the U.S. National Science Foundation (NSF)’s biennial Survey of Doctoral Recipients, academia employed 11 percent more PhDs than the private sector in 1997.

The NSF Survey, which launched in 1973, looked at a sample size of 124,580 people, evaluating demographics, educational history, employment status, degree field, and occupation. However, in 2017, the most recent results of the survey indicate that it is basically even: private sector employment of science and engineering PhDs was 42 percent and educational institutions was 43 percent.

Science Magazine notes, “The trend is particularly striking in the life and health sciences, the fields that award the most PhDs. In 2017, only 23 percent of these PhDs held a tenured or tenure track position in academia—a drop of 10 percentage points since 1997. Only math and the computer sciences have seen a larger drop, from 49 percent to 33 percent. Those 20-year shifts outpace changes in psychology and the social sciences (35 percent to 30 percent), engineering (23 percent to 16 percent), and the physical and earth sciences (22 percent to 19 percent).”

In life sciences, which includes biological, agricultural, and other life sciences, women represent 41 percent. The industrial segments where women PhDs have the highest presence in the U.S. are “other than four-year educational institutions,” (51.7 percent women), business or industry, self-employed, non-incorporated (44.9 percent), business or industry, nonprofit (44.6 percent women), state or local government (42.5 percent) and four-year educational institutions (37.8 percent). Women’s presence in business or industry, for profit, was quite a bit lower, with 27.2 percent, and men with 72.8 percent.

This data is quite useful to academic institutions that train PhDs. Many of these academic centers have not spent a lot of time or energy tracking what careers their PhD graduates end up in. Science Magazine notes, however, that “This more granular data can help universities improve programming for current students and guide prospective attendees.”

An example is the University of California, San Francisco (UCSF). When it realized that many of its students moved into the biotech industry, “it began to expose students to those careers earlier by offering internships, networking opportunities, and other hands-on experiences,” according to Elizabeth Watkins, dean of UCSF’s graduate division.

Watkins is the co-leader of the Coalition for Next Generation Life Science. This group commits to collecting and offering up data on PhDs and postdocs based on specific standards. So far, 10 founding institutions have released online data about the career outcomes of their PhD graduates. Member institutions include Cornell University, Duke University, Fred Hutch, Johns Hopkins University, MIT, UCSF, UMBC, University of Michigan, the University of Pennsylvania and the University of Wisconsin-Madison. A long list of other universities that will be joining soon including Michigan State University, Emory University, UCLA and UNLV.

Gary McDowell, executive director of Future of Research, a San Francisco nonprofit that advocates for early-career researchers, agrees. Institution-level data can be “very enlightening for a lot of early-career folks,” he told Science Magazine. “You’re always surrounded in academia by people who have made it as academics; [but] you never see” the people who moved on to other areas, including industry and government.