Preparing a Pandemic Plan for Whatever Comes Our Way Next 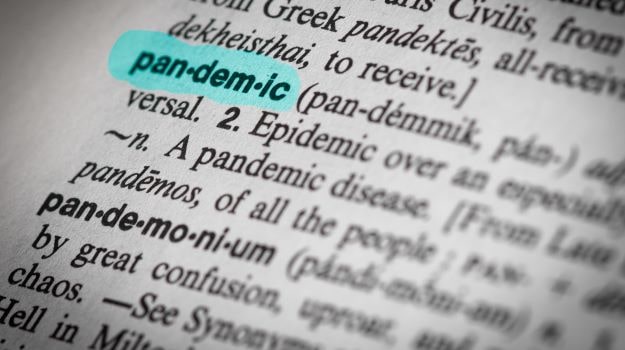 The CDC just relaxed social distancing guidelines for vaccinated people, and experts say the U.S. should achieve herd immunity to COVID-19 by the summer. As humans, when we begin to see a light at the end of the tunnel, we naturally look for the next crisis and spend a lot of time anticipating how we might go about being better prepared.

So, what is the most likely scenario that will cause a global-scale pandemic? A sequel to the horror movie we are currently living.

SARS CoV-1 issued a warning shot in 2003, causing 8,273 cases and 775 deaths within less than a year. Still, the world had no idea what was coming and failed to prepare.

“We should be watching for other viruses that can transmit easily from the upper nasal passage into humans. Respiratory transmission is an important way that these pandemics occur, whether through influenza or through the coronavirus,” he added.

“We need to be ready for anything, but, as we were finding and advocating for as we went through the project, coronaviruses were coming up as a high concern. Unfortunately, it took the (COVID-19) pandemic to really get the attention of policymakers and the general public, but I think we can now move the needle and help people to move forward,” she said.

Mazet co-led the development of SpillOver, a viral risk ranking app. Along with virologic components, SpillOver weighs a number of transmission variables, including host and environmental risk factors.

A recent study by Edward Holmes, a virologist at the University of Sydney revealed that of several hundred bats from Yunnan province in southern China harbored 24 new coronaviruses, including four closely related to the SARS-CoV-2 virus.

"We're only just starting to scratch the surface. The virosphere of coronaviruses is just immense,” Holmes said.

Which is why OSE Immunotherapeutics is developing a vaccine that aims to be pan-coronavirus. The formulation for CoVepiT, which focuses on inducing a lasting T cell immune response, is made up of 11 total viral targets. This way, even if one changes, there are still 10 other potentially valid targets.

OSE analyzed more than 67,000 global SARS-CoV-2 genomes to known human-infective coronaviruses in order to identify vaccine targets that were unchanged, in the hope that these targets will still be valid for future coronaviruses.

“The advantage of T-cells is the duration of protection. Antibodies are supposed to protect for 6 months, maybe one year. That’s why we are already planning to revaccinate people every year, adapting to the emerging variants. But for the T lymphocytes, there is an immune memory response up to 10,15, 20 years. So it’s a very long and broad protection against coronavirus,” explained Poirier.

Alternatively, we could be facing a successor to the 1918 influenza pandemic.

“If we look at the trends, it is very likely to be an influenza pathogen, and it is more likely to be linked to influenza than another coronavirus,” said Professor Yik-Ying (YY) Teo, Dean of the Saw Swee Hock School of Public Health at the National University of Singapore. “But I suppose, when we start to look at the preparations or even the surveillance that is needed, it is somewhat independent of whether it is influenza or whether it is another coronavirus. The preparations and surveillance will be very similar.”

Whichever respiratory virus we end up facing, we will need innovative platforms like that of Leyden Labs. The Dutch biotech is developing a portfolio of intranasal products that directly target commonalities of viral families to protect against known and future viruses.

Leyden Labs founder and CEO, Koenraad Wiedhaup, explained that there are an estimated 1.7 million viruses that exist in nature.

“Only a handful or a few handfuls of these virus families are likely to cause pandemics, which are respiratory viruses, since they travel through the air. So we are targeting the commonalities of these full virus families to see how we can find common features that are across that family. If we target that, then we can protect against existing members of the family and the next virus as well,” said Wiedhaup.

From a Global Point Of View

According to Teo, the definition of the next pandemic depends a lot on one’s perspective.

“There’s a tendency to think about pandemics as the ones that have affected quite a number of people around the whole world, and we remain ignorant of some of the pandemics that have actually happened,” he said. “To many people, especially in advanced economies, there is often the impression that because it didn’t really affect my country or my lifestyle, it’s a problem that didn’t really exist, or it’s not really counted as a pandemic."

Ebola, a viral hemorrhagic fever, causes vomiting and decreased function of the liver and kidneys. It can lead to both internal and external bleeding and kills approximately 50% of the people it infects.

But according to Heymann, Ebola should be held in check by its sheer lethality.

“Diseases such as Ebola probably won’t cause major outbreaks because they’re very, very severe. They cause early death and there’s little time for them to transmit from person to person, especially in hospitals where there’s good infection prevention and control,” he said.

A slow burning problem that could quickly spark a raging fire, antibiotic-resistant infections kill more than 35, 000 Americans per year. It is estimated that antimicrobial resistance (AMR) will claim the lives of as many as 10 million people globally by 2050.

Heymann believes the current antimicrobial agenda is focused in the wrong direction.

“Vaccines are really the solution to antimicrobial resistance, and they have a double benefit. They prevent illness, they prevent death, and they prevent the use of antibiotics. Nobody has used antibiotics in the US to treat tetanus because it doesn’t exist. Neither does whooping cough, neither does diphtheria because it’s been eliminated by vaccine. So there needs to be equal emphasis on vaccines moving forward,” he said.

Teo warns that we need to be cautious in assuming that we’ve conquered certain viruses.

Data sharing across borders led to an intricate understanding of the SARS-CoV-2 virus and a vaccine in nine months. The key to this rapid data sharing strategy is local governments having a plan focused on robust surveillance.

Also key to preventing another pandemic is a deeper comprehension of the risks of wet markets. China’s wildlife markets are of particular concern as many infectious diseases are rooted in close contact between humans and wildlife.

“I think that now, there are enough institutions in place that will continue to lobby governments for resources,” Heymann said. “Hopefully that will provide enough resources for a complete research agenda, including understanding more about the emergence and about the market situation in Africa and in Asia where emerging infections likely are being provoked.”

“It includes resilient healthcare and hospital systems. It includes good public health including contact tracing and making our populations healthier so they’re not so susceptible to viruses such as the SARS coronavirus. If our populations were healthier, mortality would not nearly be as high as it is today,” Heymann said.