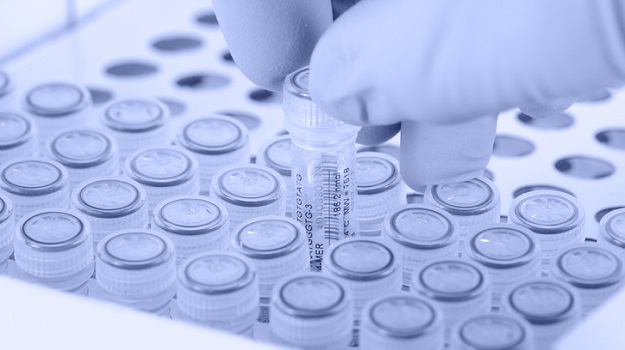 The American Society of Gene & Cell Therapy (ASGCT) Annual Meeting kicked off Monday with multiple presentations highlighting the potential of new treatments for a myriad of diseases. Continue reading to take a look at some of the upcoming presentations.

Bay Area-based PACT Pharma, Inc. presented data from its PACT-NV technology program, a non-viral precision gene-editing technology the company is developing in order to “enhance the functionality and applicability of T cell-based therapeutics, as well as other cellular therapies, through targeted gene editing.” Findings from its program show the potential of the PACT-NV technology to “knock-out, knock-down, knock-in and precisely regulate target genes in a single step to achieve desired activity for its neoTCR T cells.”

The presentation showed that PACT-NV is able to generate TCR T cells in a single step, which means the company is able to eliminate the expression of the endogenous TCRs within the same T cells, as well as “knock out” the transforming growth factor-beta (TGF-β) receptor type 2 (TGFBR2) gene, and thus generate a T cell that can both recognize a patient-specific tumor and is resistant to the immunosuppressive signaling by TGF-β, the company said. The technology also allows for the development of T cell activation-induced promoters for conditional expression of payloads.

In Danon Disease, Rocket said two pediatric patients treated with RP-A501 were doing well and there were no complement-mediated toxicities reported. Efficacy data for this study is expected in the third quarter of this year. Rocket also reported that it saw robust and sustained efficacy in both Pyruvate Kinase Deficiency patients at 18 months following infusion of RP-L301.

Gaurav Shah, chief executive officer of Rocket Pharmaceuticals, expressed excitement at the data presented at the ASGCT meeting. He said the company is encouraged by the initial safety data seen in the Phase-I Danon Disease study. Shah said Rocket believes the data seen so far represents an important step forward in optimizing the safety of AAV9-based gene therapy for Danon Disease, a rare X-linked inherited disorder caused by mutations in the gene encoding lysosome-associated membrane protein 2. Updated data from this study are expected later this year and Shah expressed hope it will enable the company to rapidly move into a Phase-II study for this indication.

Also, the company presented preclinical data for a gene therapy targeting Hepatitis B. The company’s ARCUS platform targeted and degraded HBV covalently closed circular by 85%. The platform also reduced the expression of Hepatitis B Surface Antigen by 77% in HBV-infected primary human hepatocytes (PHH), the company said.

Derek Jantz, chief scientific officer and co-founder of Precision, said the preclinical data presented at ASGCT support the company’s plans to advance multiple Arcus-based approaches into the clinic over the next three years.

“Translating these preclinical results to the clinic will further validate Arcus as a premier gene-editing platform with the precision and versatility needed to develop novel therapeutics that aim to deliver functional cures for conditions including PH1 and chronic hepatitis B,” he said in a statement.

Voyager said in a press release that preclinical data demonstrated that a single, systemic dose of a Tracer AAV9 variant, VCAP-102, encoding an anti-HER2 antibody may represent a new approach to treating brain metastases in patients with HER2+ breast cancer.

“The ability to deliver antibodies to the CNS in concentrations sufficient to diminish tumor burden and prolong survival in mouse models illustrates the potential power of our Tracer capsids to improve treatment options for HER2+ brain metastases that are a significant cause of mortality in patients with HER2+ breast cancer,” said Todd Carter, Ph.D., senior vice president of research at Voyager.

“By coupling a better capsid with a targeted therapeutic payload, we have demonstrated that this innovative gene therapy approach can inhibit tumor cell proliferation and promote antibody-dependent cell cytotoxicity to eliminate tumor cells in multiple mouse models of HER2+ brain metastasis,” Carter said.

Additionally, Voyager says its Tracer capsid discovery platform has identified a novel AAV5-derived variant, VCAP-100, as a strong candidate for clinical development in the delivery of gene therapies for diseases of the CNS.

In the study, preclinical data demonstrated that the Tracer capsid achieved cross-species translatability through enhanced CNS transduction, as compared to a conventional AAV9 capsid in non-human primates (NHPs) and rodents, when administered intravenously.