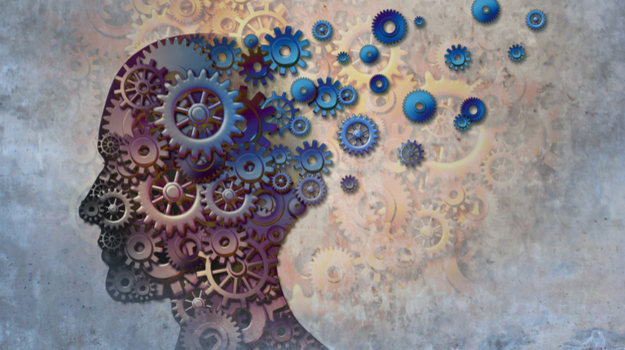 As researchers struggle to find a treatment for Alzheimer’s disease, the field struggles with the difficulties of early diagnosis. There are a number of biomarkers identified that show a tendency toward the disease, such as ApoE, but not definitive tests. Researchers with the German Center for Neurodegenerative Diseases (DZNE) may have found one.

Scientists at DZNE, the Hertie Institute for Clinical Brain Research (HIH) and the University Hospital Tuebingen identified a protein in blood that can precisely track Alzheimer’s disease progression before the first symptoms appear. The research was published in the journal Nature Medicine.

The protein is neurofilament light chain (NfL). When brain cells die, the debris left can be detected in the blood. “Normally, however, such proteins are rapidly degraded in the blood and are therefore not very suitable as markers for a neurodegenerative disease,” stated Mathias Jucker, senior researcher at the DZNE and the HIH. “An exception, however, is a small piece of so-called neurofilament that is surprisingly resistant to this degradation.”

The test Jucker and his team developed is based on the NfL filament. NfL accumulates in the blood way ahead of clinical symptoms and appears to be correlated to the progression of the disease.

The group based their research on data and samples from 405 people that were part of an international research collaboration, the “Dominantly Inherited Alzheimer Network” or DIAN. The Washington University School of Medicine in St. Louis participated, as did other international institutions.

The group monitored NfL concentration in the individual year after year. They found that up to 16 years before the onset of dementia symptoms, there were changes observed in their blood. “It is not the absolute neurofilament concentration, but its temporal evolution, which is meaningful and allows predictions about the future progression of the disease,” Jucker stated. “We were able to predict loss of brain mass and cognitive changes that actually occurred two years later.”

Interestingly, although the rate of change in NfL concentration was closely associated with brain degradation, correlation with the accumulation of toxic amyloid proteins was less pronounced. This supports the theory that amyloid proteins help trigger the disease, but the actual brain damage and neuron degradation is a separate mechanism.

Rudy Tanzi, Chair of the Cure Alzheimer’s Fund Research Leadership Group and the Kennedy Professor of Neurology at Harvard University and at Massachusetts General Hospital, recently told BioSpace that once amyloid begins to form, the tangles themselves will kill some neurons, but not enough to create dementia. But the amyloid and tangle-driven neuronal cell death eventually hit a point where the brain’s innate immune system reacts with significant levels of neuroinflammation. He compares the amyloid to a match and the tangles to ab rush fire. “You can live with them,” he said, “but once the brain reacts to neuroinflammation, that’s like the forest fire. That’s when you really lose enough neurons to go downhills and become dementia.”

This new research is consistent with that thinking. NfL also appears to accumulate in the blood of individuals with other neurodegenerative disorders. As a result, the test is only “conditionally suitable” for an Alzheimer’s diagnosis. “However,” Jucker stated, “the test accurately shows the source of the disease and is therefore a powerful instrument for investigating novel Alzheimer’s therapies in clinical trials.”

In December 2018, the Pharmaceutical Research and Manufacturers of America (PhRMA) released a report evaluating the state of Alzheimer’s disease research, which, while noting the many failures, had an optimistic tone. In the report, Eric Karran, vice president of Foundational Neuroscience Center at AbbVie, wrote, “What’s really changed is the recognition that the disease process starts very early on in people and it precedes the actual symptoms that they suffer from by about 10 to 20 years. This is incredibly important because it shows us that for medicines to be effective, we need to find a way to treat people even before they present with clinical symptoms. And that has driven a whole lot of the science that we call biomarkers. These are things that you can measure that correlate with disease process. And we ultimately hope that we can measure some of these pathological processes going on in the human brain with imaging agent.”