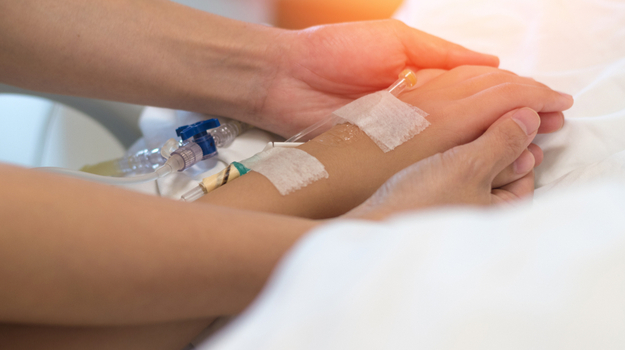 It’s estimated that approximately 20% of pediatric cancers do not have adequate treatment options. In Oregon, one nonprofit organization is stepping up to address these unmet needs.

A severely ill child is an emotional and frightening gut punch for any parent. Waiting to see if a treatment works and eliminates an illness, or in the case of some pediatric cancers, sends the disease into remission, can be agonizing. While multiple companies and organizations are focused on developing new treatments and technologies that will benefit this patient population, some cancer types remain unaddressed.

The Children’s Cancer Therapy Development Institute (CC-TDI) has taken it upon itself to discover more targeted drugs for these childhood cancers and drive them into clinical development with an industry partner or CC-TDI’s wholly-owned for-profit organization Artisan Biopharma. The U.S. Food and Drug Administration regulations require that clinical trial approval applications be filed by a for-profit entity.

Researchers from CC-TDI aim to identify new targets on cancer cells and determine how to safely deliver effective treatments to eliminate the disease. The organization seeks to “give back childhood” to pediatric patients fighting different forms of cancer.

“Our mission is to translate scientific discovery into clinical trials by understanding and proving new disease-specific treatment options for children with cancer,” the organization notes on its website.

Since it was launched in 2015, CC-TDI has pushed two drugs into three clinical trials aimed at childhood cancer. There are 12 new oncology drugs approved each year in the United States on average. However, they are typically for adult cancer. Since 1978, there have only been 12 drugs approved for childhood cancers.

CC-TDI’s efforts have been supported by funding from the National Institutes of Health and philanthropic foundations. In 2018, CC-TDI researchers uncovered a driver of a deadly childhood sarcoma that had no real treatment. The research, which was published in Science Signaling, suggested that repurposing the experimental breast cancer drug entinostat, an HDAC inhibitor being developed by Syndax, could effectively treat rhabdomyosarcoma, the Portland Business Journal reported at the time. That program is still listed as investigational on the organization’s website.

Rhabdomyosarcoma (RMS) is a rare type of cancer that forms in soft tissue, typically in skeletal muscle tissue or in organs such as the bladder or uterus. RMS can occur at any age, but it most often affects children. Although treatment options have improved over the years, the Mayo Clinic notes that people who are successfully treated for cancer require “lifelong monitoring for potential late effects of intense chemotherapy and radiation.”

Although CC-TDI operates on a tight budget of $2.5 million per year, the organization has a broad investigational pipeline of repurposed experimental and FDA-approved drugs aimed at different types of childhood cancers. Additionally, the nonprofit organization maintains assets designed “from scratch” as well as computational assets. In addition to aiming entinostat at rhabdomyosarcoma, CC-TDI is also repurposing Sanofi and Regeneron’s blockbuster Dupixent for the treatment of cancer. CC-TDI is conducting preclinical work with Dupixent, a biologic that has been approved for the treatment of asthma, eczema and other inflammatory-driven diseases.