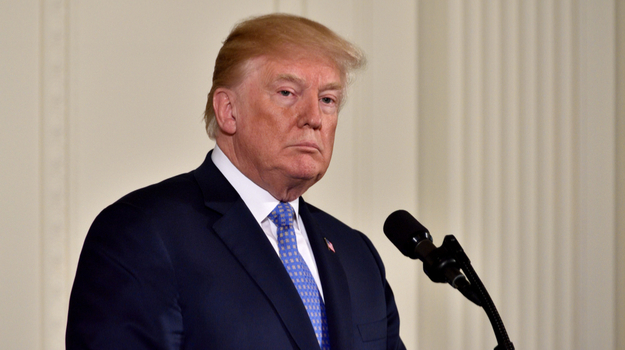 Pharma companies have lashed back at the Trump administration over a new rule that would require them to disclose list prices in television advertisements. On Friday, a number of big companies filed a lawsuit aiming to halt that demand.

The lawsuit, filed in federal court, claims the U.S. Department of Health and Human Services does not have the legal authority to force the companies to comply with the new rule. Additionally, the companies claimed in the lawsuit that the list price would only be confusing to patients, as that is not the price paid for at the retail end of things. Companies that joined in the lawsuit include Merck & Company, Eli Lilly and Company and Amgen, as well as an advertising trade association, the L.A. Times reported this morning.

Last month, HHS Secretary Alex Azar, a former Eli Lilly executive, hailed the administration’s price disclosure plan when it was implemented. Azar said including the list price of a drug in television advertisements is the “single most significant step” taken toward giving patients greater information about the cost of healthcare. Even though the prices are not the retail costs, Azar said those prices still matter, particularly to those patients who have a high-deductible insurance plan or who are uninsured. The Trump administration’s thought behind the price disclosure is that it will force companies to lower the cost of their medications by giving patients greater leverage over their treatments.

As the Times reported, many of the companies already disclose their list prices on their websites. The concern is that price, which is the price between Pharmacy Benefits Managers and the pharma companies, will deter patients from seeking treatment.

In a statement on its website, Amgen said it agrees with the notion that patients need “clear and relevant information to understand what they can expect to pay for their medicines.” However, the company said it does not agree with a “government-prescribed approach” regarding prices. The company said the administration’s ruling raises “serious freedom of speech concerns” and mandates an approach that “fails to account for differences among insurance, treatments, and patients themselves, by requiring disclosure of list price.” Additionally, and, most importantly, Amgen said the rule does not answer the “fundamental question patients are asking: ‘What will I have to pay for my medicine?’”

Merck also noted that the new requirement could frighten some patients into not seeking out a medication due to the list pricing disclosure. The company noted that most patients do not pay anywhere near the list price and even said that in the preamble to the new rule, HHS acknowledges that the list price may confuse patients. Merck said the HHS rule does not take into account all of the pricing factors in play, including insurance coverage and other financial support options.

“Rather than disclose only the list price, we support policies that provide patients with meaningful information to help them better understand what they can expect to pay for their medicines,” Merck said in a statement. “Not only does the rule raise serious freedom of speech concerns but the rule is not in the best interest of patients because it fails to inform them– and indeed may cause them to be misled – about what they will pay for their medication.”

Lowering the cost of prescription drugs has been a central theme of the Trump administration. The inclusion of list prices on television advertisements is part of the White House’s blueprint for lowering healthcare costs, called American Patients First. The White House plan includes four primary strategies to bring down costs -- boosting competition, enhancing negotiation, creating incentives for lower list prices and bringing down out-of-pocket costs.

As the Times notes, a court battle over pricing could be damaging to the political optics the administration will have as it enters the 2020 election cycle. Still, the administration will continue to hammer away with a public shaming of the companies as the next election nears. Caitlin Oakley, a spokeswoman for HHS, told the Times that if “the drug companies are embarrassed by their prices or afraid that the prices will scare patients away, they should lower them.”