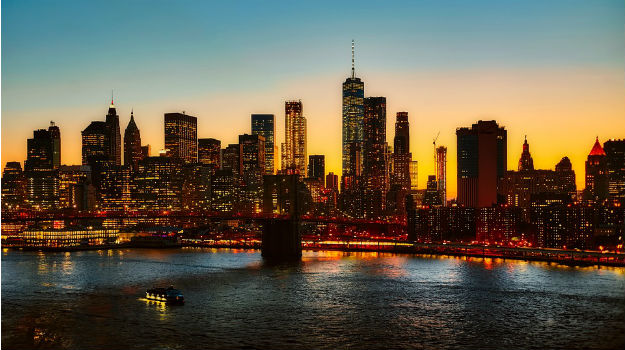 Efforts undertaken by state and local leaders across the five states that make up Pharm Country have led to a boost in business, which is good news for applicants seeking a new position.

Pharm Country, which includes Connecticut, New York, New Jersey, Pennsylvania and Rhode Island, is home to some of the largest and most cutting-edge work being conducted in the life sciences. The work conducted by companies such as Merck, Bristol-Myers Squibb and Regeneron is what will primarily draw interest from applicants, and the efforts made by state leadership is creating fertile ground for growth.

When one thinks of New York, the mind immediately goes to the culture and hustle and bustle found in New York City. The Big Apple is home to some of the largest financial institutions in the world, which is definitely of importance to companies, but it is also home base for a vibrant culture of arts and education. The state’s biotech ecosystem is benefiting from the foresight of political leadership. Two years ago New York Gov. Andrew Cuomo announced a $650 million initiative to spur the growth of a new, world-class life science research cluster in New York. Last year, leaders from New York City set aside $100 million to develop a biotech hub. That money is part of a $500 million cache the city has earmarked for biotech investment. Last year, a report issued at the annual BIO meeting revealed that New York City now employs the most biotech research workers in the country.

Neighboring New Jersey also offers many different amenities for job seekers. With companies like Merck and Celgene making New Jersey home, big pharma plays a key role within the state. Tom Richardson, president of the Institute for Life Science Entrepreneurship (ILSE) at Kean University, told BioSpace earlier this spring that New Jersey has the largest life science infrastructure in the globe. In addition to the massive pharma presence, New Jersey also has a strong educational system and the political leadership helping to foster the growth of the state’s life sciences economy. In fact, New Jersey Gov. Phil Murphy was presented with the Biotechnology Innovation Organization’s (BIO) 2019 Governor of the Year award in recognition of his leadership and commitment to strengthening the bioscience industry. Since his inauguration, Murphy has used his position to advance the state’s growing life sciences industry, Richardson said.

Rhode Island is also on the upswing in the life sciences with a thriving life science ecosystem. The state has benefitted from a strong educational system that churns out about 100,000 graduates annually, according to the Rhode Island Commerce Department. While Rhode Island’s biotech sector was on the decline, the state is busy making a turnaround, thanks to investments from companies like Amgen and Rubius Therapeutics. Pharma giant Amgen has a facility near Providence that employs about 600 people and is under expansion to become a “next-generation biomanufacturing plant.” Rubius is renovating a former Alexion Pharmaceuticals plant to support its manufacturing efforts. Rhode Island also benefits from its close proximity to other biotech hubs. Boston can be reached within an hour and New York City can be reached within three hours.

Connecticut is also overseeing a renaissance within its life sciences sector. The state announced a new strategic vision for its biotech sector that could foment an addition of more than 6,000 new jobs over the next 10 years. Stakeholders in Connecticut, led by BioCT, the state’s biotech trade group, said more needs to be done to recruit companies to come to Connecticut, as well as “support the startups, develop the infrastructure, change tax regimes and create more jobs.” According to BioCT, the state ranks sixth in the nation for the number of scientists and engineers per capita. In addition to those degrees sought in the sciences, BioCT said Connecticut has a highly educated workforce, ranking third in adult population with advanced degrees.

The life sciences industry in Pennsylvania has taken some hits over the past year with layoffs and company restructuring plans, including Teva’s plan to move its U.S. headquarters from Pennsylvania to New Jersey. However, the state became the center of the biotech world last week with the annual BIO convention. State leaders will harness the strength from BIO to help restore its spot as one of the key states for the biopharma industry.