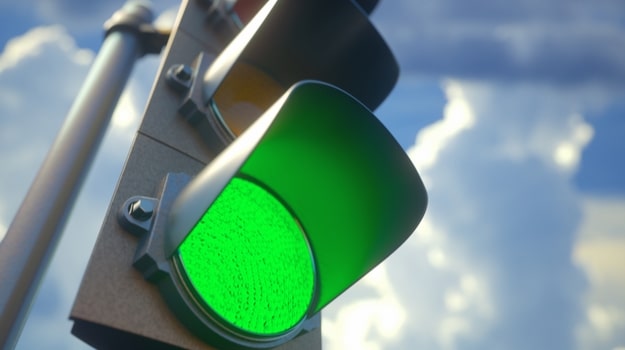 The U.S. Food and Drug Administration (FDA), a day after a positive advisory committee recommendation, granted an Emergency Use Authorization (EUA) to Pfizer and BioNTech for their COVID-19 vaccine. Dosing is expected to begin in days.

"It is nothing short of a medical miracle to have FDA authorization of a vaccine for COVID-19 just over 11 months since the virus was made known to the world," said Health and Human Services Secretary Alex Azar in a statement. "Vaccines will help bring this pandemic to an end, which is all the more reason to double down on the public health measures we need to stay safe in the coming months."

Yesterday, the FDA’s Vaccines and Related Biological Products Advisory Committee voted 17-4 to recommend Pfizer and BioNTech’s COVID-19 vaccine for Emergency Use Authorization (EUA) for individuals ages 16 and above.

The advisory committee debated the clinical and safety data of the vaccine for hours Thursday afternoon. Members dissected the Phase III data submitted by Pfizer and BioNTech that showed the company’s vaccine candidate BNT162b2 demonstrated a 95% efficacy in clinical trials. A sticking point for several of the committee members was the language in the recommendation for the vaccine that specified it was acceptable to be administered to patients 16 and 17 years of age due to the lack of clinical data associated with that age group.

Now that the EUA is granted, representatives from Operation Warp Speed said millions of vaccines can begin to be administered to frontline healthcare workers and older adults living in long-term care facilities within 24 hours. A Centers for Disease Control and Prevention (CDC) advisory committee will soon be making an official recommendation on vaccination prorities.

On November 20, Pfizer and BioNTech submitted an application for EUA of its mRNA vaccine that codes for the virus’s spike protein and is encapsulated in a lipid nanoparticle. Once injected, the cells churn out the spike protein, triggering the body’s immune system to recognize the virus. Moderna has also submitted for theirs, with an advisory committee meeting scheduled for Thursday, December 17. The Pfizer-BioNTech vaccine was granted emergency authority last week in the UK and began dosing patients on Wednesday.

Two patients who received the vaccine in the UK reported severe anaphylactic reactions. Both patients had severe allergies and carried Epi-Pens. They have been treated and recovered. After learning of the reactions, the UK health authority indicated anyone with a history of anaphylaxis to a vaccine, medicine or food should not get the vaccine.

Operation Warp Speed has indicated it plans to begin the first vaccine distribution within 24 hours of receiving authorization from the FDA. Pfizer has two vaccine factories for its COVID-19 vaccine, one in Kalamazoo, Michigan, the other in Puurs, Belgium. The U.S. Health and Human Services (HHS) confirmed yesterday that the shipments were coming from Belgium.

“Operation Warp Speed leaders are aware of and facilitating vaccine shipments coming to the U.S. from Belgium,” HHS stated. “In an effort to minimize the potential risk to delivery and distribution, we are unable to provide specific details regarding where vaccines are produced and stored.”

The Wall Street Journal reported Friday that United Airlines charter flights were prepared for quick distribution upon authorization by the FDA. Pfizer has a distribution site in Pleasant Prairie, Wisconsin. Other sites are expected to be put in place.

The FAA stated, “The FAA is ensuring around-the-clock air traffic services to keep air cargo moving and prioritizing flights carrying cargo, such as vaccines, and personnel critical to the nation’s response to and recovery from COVID-19.”

Because the Pfizer-BioNTech vaccine requires ultracold storage of about -94 degrees F, Pfizer has designed specialized shipping containers about the size of a thick pizza box that holds about 20 pounds of dry ice. Dry ice on airplanes is limited by the FAA because when dry ice sublimates, it issues carbon dioxide, which can decrease the amount of oxygen in the air, which can potentially cause asphyxiation in enclosed spaces with poor ventilation.

American Airlines also announced last week that it had begun running trial cargo flights from Miami to South America to evaluate its vaccine shipping process. This was apparently in response to the Pfizer-BioNTech vaccine, because the airline’s chief executive officer, Doug Parker, stated in a LinkedIn post they were stress testing a trial of “a major pharmaceutical company’s thermal packaging.”