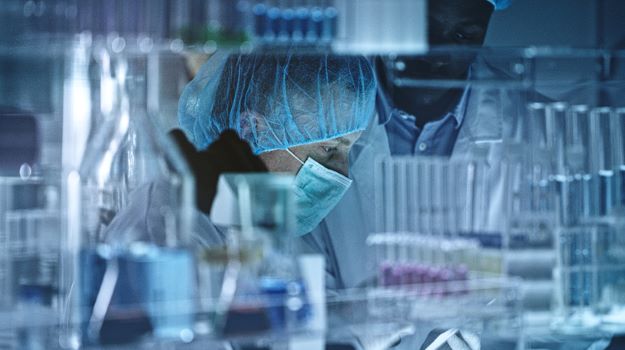 South Korean giant Celltrion agreed Wednesday to jointly develop Abpro’s cancer molecule ABP-102 in a deal that could be worth as much as $1.75 billion.

Massachusetts-based Abpro is developing ABP-102 as an antibody aimed at T-cell activity for patients with HER2-positive breast cancer. Celltrion will take over complete control, development and marketing of the pre-clinical molecule. If ABP-102 is approved, Abpro will receive as much as $1.75 billion in sales and $10 million in milestone payments.

“This is a significant validation of our technology platform and also our pipeline of t-cell engagers,” Abpro co-founder and CEO Ian Chan told BioSpace.

The Celltrion-Abpro deal was the biggest of several recently announced collaborations.

Healthcare titan Merck agreed on Wednesday to a deal worth as much as $65 million in early-stage payments to Nerviano Medical Sciences.

Germany-based Merck and Nerviano signed a collaboration agreement with a licensing option for Nerviano’s NMS-293, a brain penetrant PARP1 inhibitor.

The Italian company is developing NMS-293 as a cancer treatment. NMS-283 is currently being tested with 150 patients in a Phase I trial for the treatment of advanced, metastatic solid tumors.

Merck has the option to take over exclusive rights to research, develop, manufacture and market the asset.

"We believe that Merck, a global leader in DNA repair with a well-established commercialization footprint, is the ideal partner to maximize the value of our program,” said Nerviano CEO Hugues Dologos.

On Tuesday, Puma Biotechnology agreed to pay $7 million in cash plus milestone payments to Takeda for the cancer drug candidate alisertib.

Clinical trial results have been mixed for the molecule originally developed by Millennium before Japan-based Takeda acquired the company. A Phase III trial was shut down in 2015 after data suggested the molecule was unlikely to extend progression-free survival for lymphoma patients.

Still, Germany-based Puma is optimistic alisertib has commercial potential. It has agreed to pay up to $287.3 million to Takeda in royalties if the molecule receives approval.

“To date, alisertib has demonstrated strong evidence of antitumor activity, both as a single agent and in combination with other anticancer drugs, in patients with metastatic ER-positive and triple-negative breast cancer, as well as in small cell lung cancer,” said Puma CEO Alan Auerbach.

On Tuesday, Swiss-American informatics company Sophia Genetics announced at an investors’ conference a collaboration with Boundless to develop a new method for detecting extrachromosomal DNA.

Sophia will partner with Boundless to develop ECHO. No financial details were disclosed.