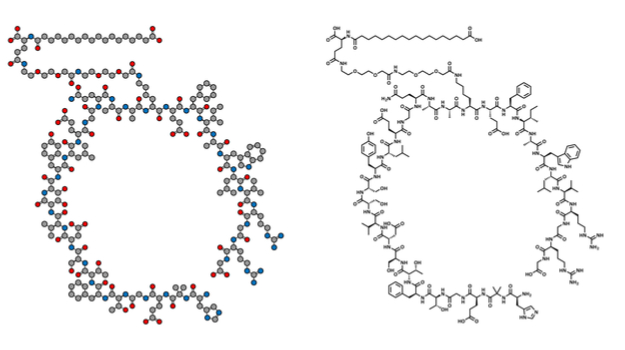 Two weeks ago during its quarterly report, Novo Nordisk pointed to positive results in four of 10 Phase IIIa trials with oral semaglutide. This morning, the company revealed that the drug hit the mark in the reduction of blood sugar levels and weight in adults with type 2 diabetes.

In the PIONEER 5 trial, semaglutide, a once-daily oral GLP-1 analog, hits its primary objective of demonstrating statistically significant and superior reductions in HbA1c compared to placebo at week 26. The levels dropped 1.1 percent with semaglutide, compared to the .1 percent reduction on placebo. Using an 8 percent baseline of HbA1c the number of patients who achieved the American Diabetes Association target of 7 percent was statistically significantly greater with 14 mg oral semaglutide. The number of patients who hit that mark was 64 percent after 26 weeks, compared to 21 percent with placebo.

The Danish company also noted that semaglutide helped patients achieve a “statistically significantly greater reduction in HbA1c of 1.1% compared to 0.1 percent with placebo.”

The drug was well-tolerated by patients with moderate renal impairment, the company said. The most common adverse event for oral semaglutide was mild to moderate nausea.

“Renal impairment is a serious diabetes complication and people with this condition have limited oral anti-diabetic treatment options, and if approved oral semaglutide represents an efficacious new solution for these people,” Thomsen said in a statement.

Semaglutide has already been approved by the U.S. Food and Drug Administration (FDA)under the brand name Ozempic as a type 2 diabetes treatment. Ozempic was approved by the FDA in December 2017 and was launched for commercialization in the U.S. in February.