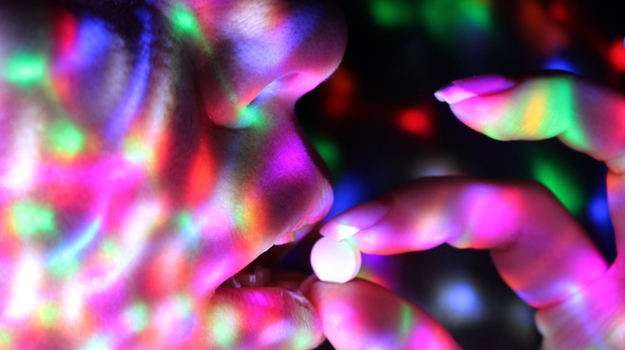 When the word psychedelic is used to describe a drug, it might evoke images of Ken Kesey and other noted hippies who imbibed in LSD, or of the so-called club kids from the late 1990s and early 2000s who used drugs like ecstasy as part of their rave experience.

But, could psychedelics provide medical benefits in treating certain disorders? That’s the theory of Rick Doblin, founder and executive director of the Multidisciplinary Association for Psychedelic Studies (MAPS). Doblin and his organization secured Breakthrough Therapy Designation from the U.S. Food and Drug Administration (FDA) for the use of 3,4-methylenedioxymethamphetamine (MDMA) as a tool to assist psychotherapy for the treatment of posttraumatic stress disorder (PTSD). MDMA is most commonly known as ecstasy. According to MAPS, preliminary studies have shown that MDMA in conjunction with psychotherapy can help people overcome PTSD, and possibly other disorders as well. MDMA is known for increasing feelings of trust and compassion towards others, which could make an ideal adjunct to psychotherapy for PTSD, MAPS said.

MAPS is currently studying this theory in a Phase III clinical trial to assess the safety and efficacy of MDMA-assisted psychotherapy in 200 to 300 participants with severe posttraumatic stress disorder (PTSD) from any cause, aged 18 and older.

The late-stage trials build on results from Phase II trials that showed MDMA can reduce fear and defensiveness, enhance communication and introspection, and increase empathy and compassion, enhancing the therapeutic process for people suffering from PTSD. Data from the Phase II trial showed that 61 percent of patients who were dosed with MDMA no longer qualified for PTSD after three sessions of MDMA-assisted psychotherapy two months following treatment. Additionally, MAPS said the Phase II results showed that at a 12-month checkup of the patients, 68 percent no longer had PTSD. All participants had chronic, treatment-resistant PTSD, and had suffered from PTSD for an average of 17.8 years.

In its report, MAPS said MDMA “transiently increases heart rate, blood pressure, and body temperature,” but that is generally not problematic in individuals who are physically healthy.

In an interview with the Associated Press, Doblin said MAPs goal is to aim for regulatory approval by 2021. That would make MDMA the first psychedelic drug to make the leap to prescription medication, the AP said. MDMA is currently classified in the same category as heroin and cocaine.

If it’s approved by the FDA, it would likely force the U.S. Drug Enforcement Agency to reclassify the drug so it could be sold in pharmacies, in much the same manner as GW Pharmaceuticals’ cannabidiol epilepsy treatment Epidiolex was reclassified as a Schedule V drug.

MDMA isn’t the only psychedelic drug that MAPS is working with. According to its website, MAPS is also working with LSD, medical marijuana, ibogaine, which is a psychedelic found in the root of some plants, and ayahuasca, also a naturally-occurring psychedelic.