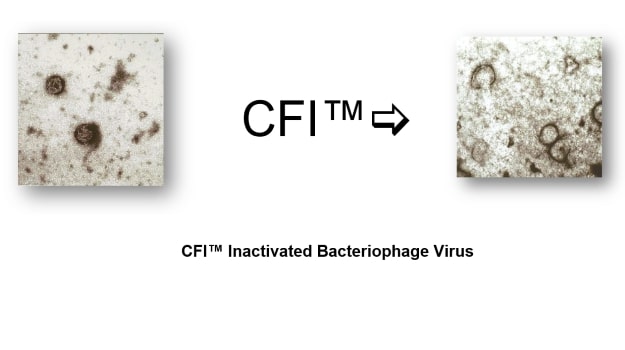 Aphios International is developing a generally applicable pathogen reduction technology for pooled blood plasma and blood products, immunoglobulins, recombinant biologics and monoclonal antibodies used to treat cancer and COVID-19 patients. The method works with both enveloped and non-enveloped viruses and, unlike like competing approaches, it requires neither solvents nor their subsequent removal.

As of yet, there is no FDA-approved system to inactivate non-enveloped viruses in pooled human plasma and biologics. As new viruses emerge – such as the growing number of COVID-19 variants – the need for viral reduction in blood products grows.

At 20 to 100 nanometers in size, many viruses are too small to be filtered out of blood products, Trevor P. Castor, Ph.D., president and CEO, Aphios International, explained. Therefore, they must be inactivated or, in FDA parlance, reduced.

Aphios’ system, dubbed CFI (critical fluid inactivation), works passively, quietly infiltrating and inflating virus particles with SuperFluids™ under pressure. These particles are quickly decompressed. The SuperFluids gasify, rupturing the virus particles at their weakest point – much like rupturing a balloon.

“This is like giving the virus particles the bends,” Castor, a sport scuba diver, told BioSpace. As a result, the viral cells cannot infect other cells and are incapable of replicating.

Because CFI relies on physics, its physical process minimizes the adverse effects on biological activities associated with techniques that use heat, chemical, or irradiation.

There are a few competing techniques that work quite differently from CFI, he pointed out. One uses solvents and detergents. “It has been around since before the HIV crisis and is good, but it doesn’t inactivate non-enveloped viruses (polio, for example) and requires removing the solvents and detergents afterward.

Another combines UV light with potentially carcinogenic and teratogenic chemicals that must be removed. This method cannot be used for biologics or medical devices and can’t be scaled to pooled blood products.

CFI, in contrast, works on both types of virus and does not require washing.

“Originally, it was developed as a Trojan horse for yeast,” Castor said.

Years ago, researchers were hoping to use yeast to replace E. coli in biotech fermenters for drug development to minimize downstream processing.

Now, it holds promise for reducing the viral load of convalescent plasma and other therapies. The technology is at the precommercial stage.

“We still have to go through the regulatory process,” he said. That includes GMP manufacturing for certain viruses at specific protein levels. “That’s the next hurdle. We have the data and have had initial discussions with the FDA.”

Castor would like to partner with a company that requires pathogen reduction – one involved in biologics or recombinant proteins, for example. “To gain regulatory approval, we must produce a flagship product.” It must be a first-in-man product, he stressed, with a product that itself needs FDA approval. Eventually, he plans to out-license the process and the equipment.

Aphios plans to work with an original equipment manufacturer to produce the fully-automated equipment. The website says it will be able to reduce pathogen levels by more than 4 logs per milliliter while retaining more than 90% of the biological activity. Each machine is expected to process between 1,000 and 10,000 liters per day to single units of plasma.

An emergency use authorization (EUA) may be possible during the COVID-19 pandemic, he said. That’s because it could reduce the pathogen in convalescent plasma without significantly damaging its biological properties before it is transfused into severely ill patients.

“CFI also may be useful in development treatments for rampant infections from new viral variants, for which it takes time to develop monoclonal antibody therapies,” Castor elaborated. Developing polyclonal therapeutics is faster, he explained, and this method of inactivating pathogen in the plasma could speed therapeutic development. He and his team currently are discussing that option with pharmaceutical companies. For Aphios, this would be the equivalent of off-label therapeutic use and may, he suggested, make it easier for any subsequent viral reduction products to be approved.

In addition to its $7.9 million investment (including nondilutive NHLBI SBIR grants), Aphios is crowd-funding development. It is, as yet, slow going, he admitted. Crowdfunding typically involves small investors, and we need $25 to $30 million to take the product through to FDA authorization,” he said. None-the-less, “Crowdfunding is part of our strategy to develop funds to allow us to take an engineering design to the FDA.” At that point, it will be more attractive to outside investors.

Castor plans to target the human blood, biotechnology, and medical devices sectors. The current market is estimated at $500 million with a projected growth rate of 21.7% per year for the next several years.