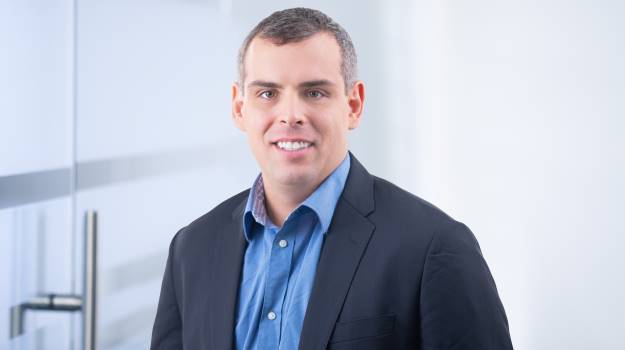 A number of scientific entrepreneurs just might get their Christmas, Hanukkah or Kwanza wish this year, as Newpath Partners announced the launch of Fund II, its second in three years.

A majority of the $350 million raised by Newpath will be allocated to companies founded by current academic partners bearing prestigious names such as Ben Cravatt, Ph.D. of the Scripps Research Institute, David Liu, Ph.D., at the Broad Institute of Harvard and MIT and Siddhartha Mukherjee, M.D., Dphil of Columbia University Medical Center.

Companies funded by Newpath in the first fund include gene editing company Prime Medicine, Chroma Medicine, a new player in the emerging field of epigenetics, Kojin Therapeutics, which is using insights into cell states to tackle cancer and fibrosis and Exo Therapeutics, which recently raked in a $78 million Series B for its enzyme inhibitors.

Newpath is guided by the ethos: “Do the right thing and good things will happen." When the COVID-19 pandemic stuck, the firm’s founding partner Thomas Cahill, M.D., Ph.D., tried to do just that, leading a group called “Scientists to Stop Covid 19”, a non-partisan coalition of leading researchers that helped to guide government policy to ensure adequate production of vaccine and deployment. Members of this group had no financial conflicts of interest.

“It's hard to make decisions when you have so much data, so one of the things we were trying to do is actually flesh out the important, significant information so that we can pass it along to leadership so they could make educated decisions,” Cahill told BioSpace. He added that this is the same approach Newpath takes to its portfolio. It’s all about mining the data for the best possible idea.

“It takes a long time for [scientists] to agree on something. You sit there with a big problem, and four people are saying four different things. A year later, 25% of each of us is right, and now we have a completely different proposal,” he said. Cahill himself is a structural biologist who studied under Dr. Robert (Bob) Lefkowitz at Duke University School of Medicine.

The company’s investees have been impressed so far.

“Newpath Partners is different in every sense,” said Stuart Schreiber, Ph.D., a professor at Harvard University and co-founder of the Broad Institute, Kojin and Kisbee Therapeutics, another Newpath company. “Many scientists on the doorstep of breakthrough discoveries have found that academia is not the place for their ideas to flourish to have impact in the world. Newpath Partners champions scientists and is committed to translating discoveries into solutions.”

The new fund will go toward the development of four new companies. One, Neumora Therapeutics, which is pioneering precision medicines for neuropsychiatric disorders and neurodegenerative diseases, officially kicked off its journey in October with $500 million that included a $100 million equity investment from Amgen. The other three companies remain in stealth mode and are yet to be disclosed.

As for the future, while Cahill said the 2010s were all about oncology, “I really think this decade, hopefully, given the need for it, will be about neuropsychology. We really need to disrupt the space. If we just start looking at the brain as another organ and not like a black box, we'll make changes.”

"Given its extensive expertise in identifying new technologies and capabilities, we aim to increase our annual financial investments. This will enable M Ventures to continue to advance our pioneering innovation strategy, to deliver sustainable business performance and to be a catalyst for innovative companies to develop breakthrough technologies,” Merck CEO Belén Garijo said in a statement.

BioSpace will keep a sharp eye on the investment stemming from both of these funds in 2022!