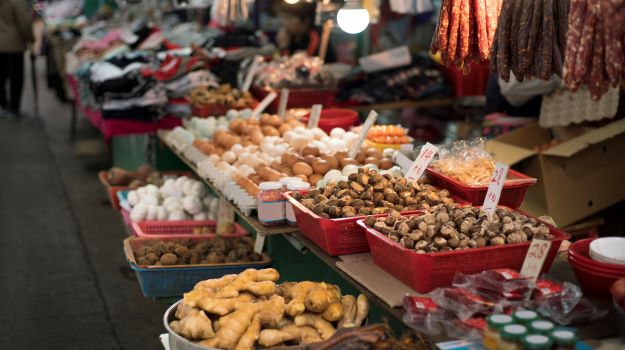 The two predominant theories about the origin of COVID-19 are the “lab-leak” theory and the “wet market” theory. The latter received some extra credibility with the publication of three new studies.

In the lab-leak theory, the virus, likely originating in bats, was studied at the Wuhan Institute of Virology (WIV) in Wuhan, China, and somehow escaped. The wet market theory supposes that the virus originated in bats, jumped to an intermediary animal at the Huanan Seafood Wholesale Market in Wuhan, and then to humans. The wet market theory is consistent with other coronavirus epidemics, primarily SARS and MERS. The evidence supporting the two theories, largely circumstantial, has been split about 50/50.

Three new studies have been released—but not yet peer-reviewed—that support the wet market theory. Two studies track the outbreak in the Huanan Seafood market. At the same time, the third suggests that SARS-CoV-2 originated from animals, possibly sold at the Huanan market, into people at least twice in November or December 2019.

The studies aren’t definitive, but they provide more weight to the wet market theory. The missing link for this has been evident in an intermediary animal. The new studies suggest a raccoon dog, a dog-like mammal used for food and fur in China. One of the studies, co-authored by Kristian Andersen, Ph.D., a virologist at The Scripps Research Institute in La Jolla, Calif., indicates that these animals were sold in a section of the Huanan market where positive viral samples were collected. And the raccoon dogs can harbor coronaviruses.

“Analysis-wise, this is excellent work, but it remains open to interpretation,” said Vincent Munster, Ph.D., a virologist at the Rocky Mountain Laboratories, a division of the National Institutes of Health, in Hamilton, Mont.

To get definitive evidence, someone would need to collect blood from animals sold at the market, from people who sold the animals at the market and test them for SARS-CoV-2 and antibodies against it.

The reports are genetic analyses of viral samples collected from the market and from individuals infected in December 2019 and January 2020. There are also analyses of geolocations tracking that connect the viral samples to a part of the huge market where live animals were sold. The market had more than 1,000 tenants and occupied over 50,000 square meters (or 12 acres). It is also located about 800 meters, or slightly less than half a mile, from Hankou railway station and close to the Wuhan Center for Disease Control.

It’s also possible that this theory doesn’t rule out the lab-leak theory. Some virologists note that the Huanan market could have just been a “massive amplifying event,” where someone who had the virus exposed many people instead of the site of the original spillover.

Chinese public health authorities identified the market as a potential origin of the viral outbreak in early January 2020. They shut down the market and collected samples from poultry, snakes, badgers, giant salamanders, Siamese crocodiles and other animals. In addition, they collected environmental samples from drains, cages, toilets and vendor stalls. In March 2021, after an investigation, WHO reported that almost 200 samples taken directly from animals were negative, but more than 1,000 samples from the booths and other areas of the market were positive for the virus.

Another research group, the head of China’s Center for Disease Control and Prevention, sequenced the positive samples’ genomes and published the data on February 25, 2022. The samples were positive for SARS-CoV-2 sequences almost identical to those found in humans, and included two original viral lineages observed at the beginning of the pandemic, dubbed A and B.

Ray Yip, Ph.D., an epidemiologist and former director of the China branch of the U.S. CDC, said, “It’s a nice piece of work. They’ve confirmed that the Huanan market was indeed a very important spreading location.”

The geolocation studies also included audio and video records of doctors and patients in Wuhan. This data found that 156 cases in December 2019 clustered right around the market, which began to spread outward in January and February 2020. Andersen and his colleagues mapped five positive samples to a single vendor stall, “specifically to a metal cage, to carts used to move animals, and to a machine used to remove bird feathers.”

One of the co-authors, Eddie Holmes, Ph.D., from the University of Sydney in Australia, had conducted research much earlier, in 2014, at this specific stall, and taken photographs of a live raccoon dog in a cage that was above crates of poultry, which was on top of sewer drains. Sewage at the market tested positive for COVID-19.

A second study by Anderson and his team also concluded that A and B were too different from each other to have merged into one or the other in humans so quickly. They believe the virus evolved in non-human animals, and that A and B spread to humans separately. But B was much more prevalent in January 2020. They suggest that it might have drifted over into humans before A did.

Admitting it is speculative, Andersen suggests raccoon dogs may have been infected on a farm, possibly by bats, that sold them at the Huanan market in November or December 2019. The virus may have jumped to handlers or buyers. And then the virus spread to other people.