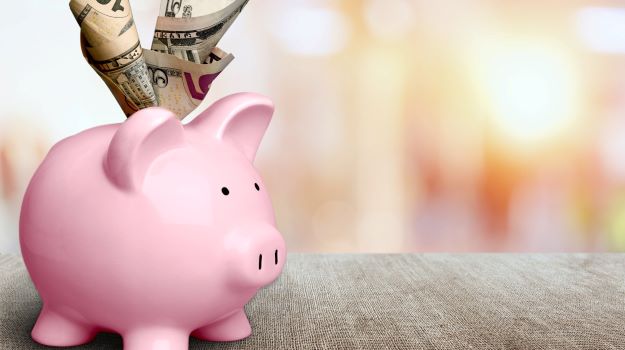 Ramping up following the Labor Day holiday, funds are flowing fast and free into these life sciences companies.

How can a mammoth become a startup “unicorn?” When it snags $195 million in financing, launching its total valuation to more than $1 billion. Mammoth Biosciences will use the funds to build and broaden its stable of next-generation CRISPR products to detect and cure various diseases. The California startup is focused on permanent genetic cures in vivo and ex vivo therapies, with the goal of increasing access to therapies and democratizing disease detection with on-demand diagnostics.

Taking to higher heights since its modest $8 million seed round in 2018, Skyhawk soared through a $133 million oversubscribed investment round. The latest raise brings total funding for the Waltham, Massachusetts-based company to more than $600 million. Skyhawk focuses on RNA mis-expression with compounds modifying expression of target genes that were previously considered undruggable for a wide range of indications, including cancer, neurodegenerative disease, autoimmune, inflammatory and infectious diseases.

With fresh faces coming into its C-suite, Attralus landed a $116 million Series B round. Funds will be funneled into the company’s pipeline of transformational pan-amyloid removal (PAR) therapeutics into the clinic. A Phase I biodistribution study in systemic amyloidosis patients is expected to begin soon for its lead candidate, AT-03.

Supported by its collaborative partners Bristol Myers Squibb and Vertex Pharmaceuticals, Obsidian raised $115 million for its engineered cell and gene therapies. The biotech’s proprietary cytoDRIVE platform uses FDA-approved small molecules to control protein function in its therapies. CytoTIL15 is currently in an IND-enabling study, while in preclinical for HNSCC and in discovery for additional indications. Funds from the Series B round will fuel cytoTIL15’s drive to the clinic for metastatic melanoma.

Lexeo pulled in a tidy $100 million Series B for its adeno-associated virus-mediated treatments for genetic conditions.  Lexeo acquired Stelios Therapeutics in July to expand its gene therapy pipeline from 18 to 21 with Stelios’ candidates for rare genetic cardiac conditions. Funds from this new raise will go into the expanded pipeline to advance three lead programs through clinical development.

Chicago-based Vanqua scooped up $85 million this week in a Series B round. Focused on neurodegenerative diseases, its lead program is developing small-molecule activators of GCase. Decreases in GCase activity disrupt lysosome function, allowing for the buildup of toxic proteins, including alpha synuclein, which is found in several neurodegenerative diseases, including Parkinson’s disease.

Founded last year, Evommune landed $83 million in its Series A round. Using a tissue-based approach to tackle inflammation, the company has in-licensed three compounds from Eli Lilly owned Dermira. A fourth program in the pipeline is a PKC-theta inhibitor picked up in a partnership with Japan’s Axcelead Drug Discovery Partners. Possible indications include rheumatoid arthritis, asthma, psoriasis, atopic dermatitis, and Crohn’s disease.

Headquartered in Massachusetts, ROME Therapeutics conquered a $77 million Series B. With repeating sequences of nucleic acids making up 60% of the human genome, these repeats have been found to have implications for cancer, autoimmune and other disease areas. “In the short time since our founding, ROME has made significant progress uncovering the role and mechanism of the repeatome in cancer and autoimmune diseases, which has led to our foundational repeatomics platform and identification of multiple tractable targets for drug discovery,” said ROME's CEO.

ADARx Pharmaceuticals jumped into the increasingly popular RNA field in 2019. With a platform including oligonucleotides for inhibition, degradation, and editing, together with novel oligonucleotide delivery technologies, the San Diego biotech has a growing pipeline across a range of diseases. ADARx’s $75 million raise will advance the ADARx’s RNA platform technologies and transition the pipeline toward the clinic. The company’s lead program is entering IND-enabling toxicology studies .

Drawing in Bristol Myers Squibb as a key investor, TreeFrog leaped onto a $75 million Series B round this week. The French company appointed a board member as CEO and is moving one co-founder to Boston next year to launch its US subsidiary. TreeFrog is planning to develop cell therapies by way of C-Stem, a high-throughput cell encapsulation technology platform, which will allow for mass production and differentiation of stem cells in industrial bioreactors.

San Francisco-based Lycia Therapeutics scooped up an oversubscribed Series B totaling $70 million from founding investor Versant Ventures, along with some new investors including pharma giant and new Lycia partner Eli Lilly. Focused on protein degradation, Lycia is targeting the untapped extracellular proteome.  The biotech’s LYTAC platform can transform into multiple modalities including antibodies and small molecules to inhibit targets previously considered intractable. Funds will be used to propel its currently undisclosed pipeline of degraders.

This biotech snagged industry vet Rusty Williams from Five Prime Therapeutics to lead the way. Inspired by the remarkable regenerative capacity of the Axolotl, otherwise known as a Walking Fish, the company is starting off strong with a $50 million Series A. Funds will be used to develop B cell therapeutics for a variety of areas including oncology, rare disease, regenerative medicine, autoimmune disease and recombinant antibody production. “In my 35 years of academic and biotech research on protein drugs, the field of B cell therapeutics may be the biggest paradigm shift for human protein therapies,” Williams said.

Sand Diego-based Replicate Biosciences launched with $40 million in committed Series A funding from venture capital firm ATP. Replicate is jumping into the hot RNA market, focused on using self-replicating RNA (srRNA) to develop therapies for autoimmune and inflammatory diseases and prevent drug resistance in cancer. Founded in 2020, it currently has four programs in the pipeline for breast cancer, solid tumors, lung cancer and autoimmune disorders.

With a record-breaking flood of IPOs expected this fall, five life science companies filed with the SEC for their chance on the U.S. market.