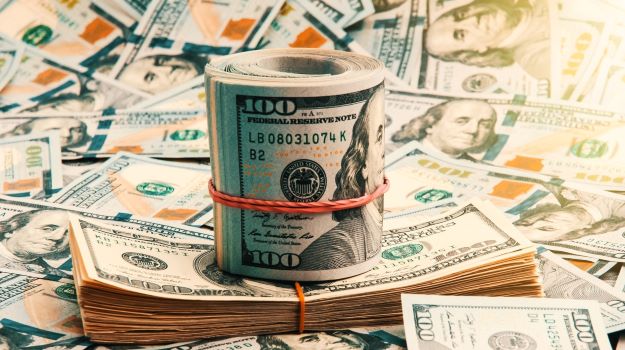 More biopharma companies race toward the Nasdaq this week, while a few rake in cash via private funding rounds.

With its "search and replace" gene-editing technology, Prime emerged from stealth mode with a massive $315 million infusion of cash. Likening its approach to a “DNA word processor,” the Cambridge-based company will use the funds to support efforts to address underlying genetic cause of diseases and restore normal gene function in patients with long-lasting cures. Prime believes its gene-editing technology has the potential to address more than 90% of known disease-causing mutations. The company is advancing multiple drug discovery programs targeted at liver, eye, ex-vivo hematopoietic stem cell, and neuro-muscular indications.

Set to launch its IPO this week, Sight Sciences is eyeing a $160.5 million raise. The eye-disease focused med device maker will then be valued at nearly a billion. Brothers Paul and David Badawi founded the company in 2010 with a rigorous product development strategy. Sight has commercialized two products so far – a minimally invasive handheld device to reduce glaucoma in adults and a 15-minute wearable device to treat dry eye. These two technologies have fundamentally improved treatment options for two of the most prevalent eye diseases.

Just weeks after promoting its VP of Strategy to CEO, Rani Therapeutics is ready to hit the Nasdaq, filing for a $100 million raise via IPO. Rani’s primary focus is the RainPill capsule, a robotic pill under development to replace subcutaneous and intravenous injections. By injecting biologics directly into the internal walls of the intestines with a dissolvable needle, the company believes drugs will be more efficacious.

Backed by Flagship Pioneering, Omega is prepping for its own IPO, filing for a $100 million raise on the market. The company’s lead epigenomic controller candidate is OTX-2002, a potential treatment for hepatocellular carcinoma. OTX-2002 is engineered to specifically control c-myc (MYC) oncogene expression. In preclinical models of hepatocellular carcinoma (HCC), OTX-2002 potently downregulated MYC expression, a result that has historically eluded many prior attempts and therapeutic approaches.

Advancing a gene therapy program for heart disease, Tenaya is ready to leave private funding behind. A few months out from a $106 million Series C, the San Francisco-based company filed for a $100 million IPO. It’s lead program is MYBPC3, an AAV gene therapy targeting genetic hypertrophic cardiomyopathy caused by a mutation in the MYBPC3 gene. Studies are underway to prep for an IND application. A second gene therapy impacts the SERCA pathway to potentially treat patients with genetic cardiomyopathies due to specific mutations as well as more prevalent heart failure populations.

Founded last year, this Denmark and Belgium-based startup closed a $73 million Series A to advance its first-in-class small molecule therapies for neurodegenerative diseases. Muna boasts an “innovative all-in-human target discovery and validation platform” based on proprietary knowledge regarding molecular pathways in various brain cell types, underlying disease pathology and neurodegeneration resilience. The company plans to use the new funding to move forward with its small molecule programs on neuronal dysfunction repair, neuroinflammation resolution and neuroprotection restoration.

Utilizing its MicroOrganoSphere platform to discover precision therapies for cancer patients, Xilis closed on $70 million in Series A funds last week. The approach begins by using a patient’s tissue sample to recreate thousands of replicas of a patient's cancer cells to test options and drive treatment decisions. The entire process takes only about ten days. The platform can also be used in drug discovery with the tumor model data allowing for pinpointing of new biomarkers and testing for new treatments. This raise will help drive the MOS platform to get it into the hands of more R&D teams.

Based in both Washington and Suzhou, China, ProfoundBio is accelerating novel technology platforms for antibody-drug conjugates and immuno-oncology. With over a $55 million Series A raise in the bank, the company will prepare for multiple IND submissions for cancer indications in 2022. The pipeline currently has multiple solid tumor-targeting drug candidates.