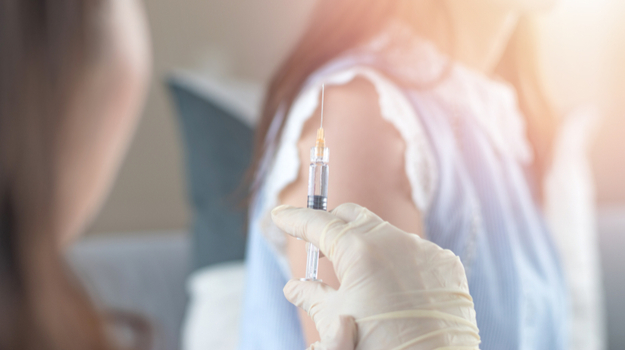 Cambridge, Mass.-based Moderna announced the publication of results from two Phase I clinical trials of mRNA vaccines against two strains of influenza, H10N8 and H7N0. They were both published in the journal Vaccine.

Both strains of influenza virus have shown high fatality rates, but neither has received vaccine approval. In the H10N8 trial, 201 healthy volunteers 17 to 64 years of age received two doses of the vaccine or placebo three weeks apart, either intramuscularly or intradermally at two different doses. The higher dose, 100 µg IM, provided seroprotective immunity in 100% of participations and microneutralization titers in 87%. The 25 µg ID doses induced HAI titers of equal or greater than 1:40 in 64.7% of participants compared to 34.5% in participants receiving the IM dose. HAI titers of 1:40 and MN titers of 1:20 are believed to be protective in seasonal flu vaccines.

“Both seasonal and pandemic influenzas are serious public health problems, and there is a clear need for effective vaccines that can be quickly developed and deployed,” stated Mike Watson, a study co-author and senior vice president of vaccine partnerships and health impact at Moderna. “Production of current flu vaccines takes significant time and requires virus or antigen production in cell-culture or eggs and in dedicated facilities. These Phase I data highlight the potential of Moderna’s mRNA platform to demonstrate similar or better immunogenicity than existing vaccines, which can be rapidly produced in a multi-use facility.”

“mRNA medicines have the potential to treat the underlying cause of many metabolic diseases, and may offer important advantages over conventional gene and enzyme replacement therapies for eligible patients,” stated James M. Wilson, director of the Gene Therapy Program at Penn. “This includes the potential to develop controlled, dose-dependent and transient treatments that may benefit infants and children with these disorders and patients with diseases that are not addressable with current viral-based approaches.”

Moderna’s focus is on mRNA therapeutics. Messenger RNA delivers information from DNA to the ribosome, where they transfer the amino acid sequence of the proteins the DNA is coding for. The theory is that by coding mRNA for specific proteins and compounds, the cells can be “programmed” to act as the drug manufacturers.

Moderna currently has 21 mRNA candidates in its pipeline with 11 in the clinic. Four of those are vaccines: respiratory syncytial virus (RSV) vaccine, in collaboration with Merck; cytomegalovirus (CMV) vaccine and human metapneumovirus and parainfluenza virus type 3 vaccine. Four development candidates include the influenza vaccines mentioned above, Zika vaccine with the Biomedical Advanced Research and Development Authority (BARDA) and chikungunya vaccine with the Defense Advanced Research Projects Agency (DARPA).