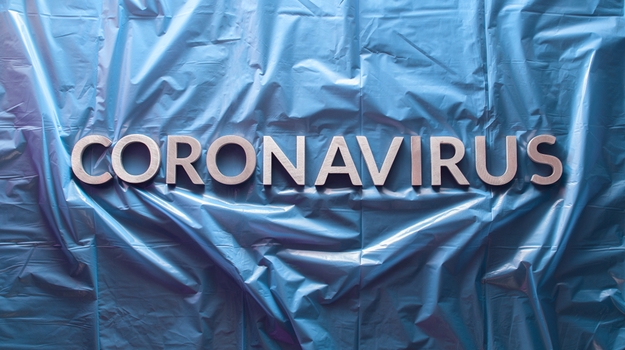 Following news of Mammoth Biosciences’ CRISPR diagnostic assay to detect SARS-CoV-2, the company talked at length with BioSpace about this new test and its ramifications.

This CRISPR assay is unlike many of the rapid tests that are beginning to be used. It detects the virus from respiratory swab RNA extracts and looks for the presence of nucleic acids rather than antibodies (like the blood serum tests others have developed). As a result, it can diagnose COVID-19 while a patient is asymptomatic, Janice Chen, Ph.D., Mammoth’s chief technology officer, told BioSpace.

“It captures a different part of the infection cycle than serum-based IgG tests. Antibodies don’t develop until about a week after infection,” she explained.

DETECTR™ (shortened from SARS-CoV-2 DNA Endonuclease-Targeted CRISPR Trans Reporter), is Mammoth’s CRISPR-Cas12-based lateral flow assay. It offers the same level of sensitivity and specificity as qRT-PCR tests, with 95% positive predictive agreement and 100% negative predictive agreement, according to an article published April 16th in Nature Biotechnology. It is based on the largest set of patient samples to date – 78.

This point-of-care test can be run in less than 45 minutes using portable heat blocks and readily available, “off-the-shelf” reagents and disposable lateral flow strips. Its visual readout is easy to read, resembling those of pregnancy tests. “In principle, it could be read by a layman,” Chen said. As a result, patients can have their testing results before they leave their healthcare provider.

Tests can be batched or run singly, she added, enhancing flexibility within the lab or point of care. Such rapid results will play a role in slowing the spread of infection.

In contrast, RT-PCR tests developed the Centers for Disease Control’s (CDC) and other laboratories are slower and more complex, she explained. Their use is limited to specialized labs, like state public health facilities and reference labs. They take four to six hours to run and give a fluorescent signal readout. But, because samples must be shipped between the healthcare provider and lab, it often takes 24 hours or more to get those results in the hands of physicians and their patients. That’s far too slow when diagnosing highly infectious diseases.

In practical application, the sensitivity difference may not be important.

“We’re still trying to understand and correlate viral load with outcome,” Chen said. “There are tradeoffs. Our assay is faster, gives a visual readout and is lower cost.”

There’s a supply chain benefit, too. CRISPR reagents are in less demand than RT-PCR reagents. “This creates an orthogonal path for testing,” she pointed out. Consequently, Mammoth’s CRISPR assay for this coronavirus is less susceptible to supply shortages or shipping delays.

Right now, Mammoth is focusing on gaining Emergency Use Authorization from the FDA. While DETECTR is designed for point of care use, Chen said they’re taking a staged approach.

“To first demonstrate the comparison between RT-PCR assays and ours, we’re starting in a clinical lab and moving that forward to the FDA,” she said. “Then we will be able to deploy a test in a physician’s office or ER.” Eventually, a second generation, hand-held version may be developed for airports and similar locations for screening.

Realizing the need for fast, accurate testing, Mammoth designed and validated the efficacy of its rapid-detection assay on patient samples in less than two weeks.

“Because CRISPR can be programmed to detect any DNA or RNA sequence, we were able to reconfigure our DETECTR platform within days to detect the SARS-CoV-2 virus from one of the first confirmed cases in the U.S. That was made possible by our collaboration with Dr. Charles Chiu at UCSF,” Chen said.

Work to develop the assay began soon after the outbreak was made public. Then, in mid-February, Mammoth published its white paper, open-sourcing its CRISPR-based detection protocols. In early March, Nature Biotechnology published the preprint containing initial patient sample validation.

The study was led by infectious disease expert Dr. Charles Chiu, researchers from the Department of Laboratory Medicine at the University of California, San Francisco (UCSF), along with Chen and Mammoth’s Research Lead Dr. James Broughton, and the California Department of Public Health. The researchers validated the assay method using contrived reference samples and clinical samples from US patients, including 36 patients with COVID-19 infection and 42 patients with other viral respiratory infections

As the researchers explained in Nature Biotechnology, “The DETECTR performs simultaneous reverse transcription and isothermal amplification using loop-mediated amplification (RT–LAMP) for RNA extracted from nasopharyngeal or oropharyngeal swabs.” Cas12 then detects specific coronavirus sequences contained on the E (envelope) and N (nucleoprotein) genes of SARS-CoV-2. The assay uses overlaps of WHO and CDC assay targets. “Cleavage of a reporter molecule confirms detection of the virus,” the researchers wrote in their paper.

Similar to the WHO and CDC assays, the Mammoth assay detects the RNA of SARS-CoV, SARS-CoV-2, and bat-SL0CoVZC45 viruses in the envelope gene, and only SARS-CoV-2 in the nucleoprotein gene of the samples.

While this specific assay is designed to diagnose COVID-19, the CRISPR-based diagnostic platform has broad applicability to other diseases. As Chen pointed out, “The point-of-care testing space is ripe for disruption and CRISPR diagnostics have the potential to bring reliable testing to the most vulnerable environments.”