Do Q2 Results and Increased M&A Indicate a Recovery for Biotech? 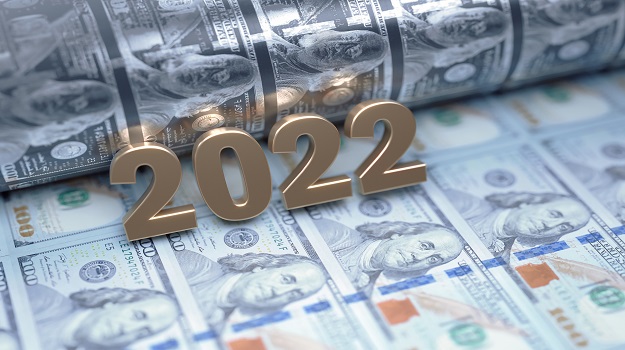 Following a spate of recent acquisition announcements, a surge of mergers and acquisitions could occur within the latter part of 2022, some analysts are predicting.

A recent report from PricewaterhouseCoopers (PwC) predicts multiple acquisitions are set to be announced in the second half of the year, particularly by companies that have seen strong revenue streams from COVID-19 products. One of those companies is Pfizer, which predicted nearly $100 billion in revenue for 2022 earlier this year, primarily driven by sales of its COVID-19 vaccine, Comirnaty.

The company got the ball rolling today with a $5.4 billion deal for sickle cell disease-focused Global Blood Therapeutics and said the deal will bolster its position in rare diseases, particularly in hematology.

Gilead Sciences, which developed one of the first antivirals for COVID-19, also dug into its purse to snap up U.K-based MiroBio in a $405 million deal. The acquisition brings MiroBio and its checkpoint agonists under the Gilead Sciences umbrella as the company continues to focus on developing therapies for autoimmune diseases.

Amgen, which saw 2021 profits grow from a COVID-19 antibody manufacturing partnership with Eli Lilly, also flexed its M&A muscle this month to snap up ChemoCentryx in a $4 billion deal. That deal allows the ChemoCentryx drug, Tavneos, to bolster Amgen’s leadership in inflammation and nephrology. Tavneos is expected to complement other drugs in the company’s pipeline, including Otezla, Enbrel, Tezpire, Amgevita and Avsola.

The expected flurry of M&S activity will contrast with the somewhat anemic first half of 2022, especially compared to the previous year. PwC said the first months of 2022 saw a 58% decrease in semi-annualized deal value compared to the same period in 2021. During the first half of 2022, there were 137 announced deals, with a total value of $61.7 billion. That was down from 2021, when there were 204 announced deals during the same period.

There are several factors that have contributed to the dearth of spending in 2022. The global economy has teetered on recession due to supply chain shortages that have continued to be impacted by the ongoing pandemic, as well as rising inflation and increasing global political tensions associated with the Russian invasion of Ukraine.

In its latest report, PwC speculated that the bulk of any acquisitions announced in the second half of the year will be “bolt-on transactions in the $5 to $15 billion range.” The report suggests that pharma companies will focus on these smaller acquisitions to make up for lost revenue from generic challenges that are expected to impact companies over the next several years, such as AbbVie, which will lose patent protection on its powerhouse Humira in 2023.

Primary targets for M&A are expected to be early-stage companies. This will allow the larger companies to fill pipeline gaps, the report said.

As the world has been impacted by financial uncertainty and rising prices due to supply chain issues and other economic factors, the PwC analysts said companies are still likely to pay top dollar for any deals soon.

“In an effort to stay nimble in a rapidly changing environment, pharma companies are re-examining capital allocation strategies, as well as considering alternative options for their supply chains,” PwC wrote in its report. “Even as uncertainty persists, expect pharma to focus on inorganic growth ahead of some of the world’s largest drugs going off patent later this decade.”

Alongside the M&A predictions and recently announced deals, the pharma industry has also seen an uptick in strong financial reports. Over the past weeks, companies have been sharing their quarterly reports, and many of them are posting strong revenue gains.

Lantheus Holdings, a MedTech company, posted a whopping 121% revenue increase for the second quarter of this year, compared to the prior year. Lantheus saw global earnings of $223.7 million for the three-month period. For the same period in 2021, the company saw $101 million in revenue.

Other companies are also set for positive Q2 reports. Seeking Alpha noted that Veru and Vertex, which acquired ViaCyte earlier this year, are expected to post significant gains later this week.

As the second half of 2022 continues to unfold, more and more companies are expected to make moves that will ensure a strong 2023, although some factors could derail these predictions, including the upcoming elections that could change the leanings of Congress, as well as increasing concerns about the monkeypox outbreak.