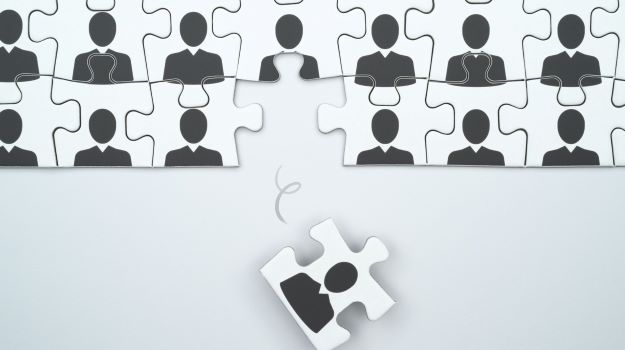 It's been a week of gained and lost opportunities after two large biopharmaceutical firms announced changes to their staff rosters.

At its third-quarter earnings call on Thursday, Denmark-headquartered Lundbeck announced that it is letting go of 300 employees across different divisions and closing its India facility, which isn't turning in a profit. The move is expected to save some $15 billion to $31 million for the company.

The amount regained will then be used to support research and development efforts, particularly for Vyepti (eptinezumab), which recently earned approval in the European Union to treat migraine in adults who have at least four attacks per month.

The European Commission has yet to finalize its use, but this already represents a milestone, with Vyepti being the first and only approved IV treatment for migraine prevention in the E.U. Once approved, the marketing authorization will be valid in all E.U. member states, Iceland, Liechtenstein, and Norway. Vyepti was approved for use in the U.S. in February 2020 and is already in Australia, Canada, Singapore, Kuwait, and the U.A.E.

While Lundbeck is cutting corners elsewhere, it is hiring around 100 to 200 new sales representatives to support its foray into the European market via Vyepti. The drug was launched in April 2020 and has since seen a significant increase in sales across the seven markets where it is distributed.

In other news, List Biotherapeutics, the subsidiary of South Korea-headquartered Genome & Company, announced plans to hire 210 staff in the city of Fishers, Indiana, as it prepares to open a 110,000-square-foot contract manufacturing organization (CMO) facility in Fishers Life Sciences & Innovation Park. The hires will be for biologics manufacturing and quality, as well as regulatory compliance. List has invested over $125 million in this facility, which will be commissioned by the end of 2023.

"Our objective with the investment for this new facility is to manufacture live biotherapeutic products (LBP) for Phase III clinical trials and for commercial use. With that investment, we aim to become the market leader and premier CMO to bring LBPs to market as we harness bacterial science to help our customers create a healthier world by leveraging List Lab's 40-plus years of experience and expertise in the industry," said Jonathan Yongwan Jo, the president and chief executive of List Biotherapeutics, in a statement.

As an incentive for its investment into the city, the Indiana Economic Development Corporation board will commit up to $3.15 million in incentive-based tax credits for List. The IEDC will also provide as much as $75,000 in conditional training grants and up to $1,685,000 to the local community to support infrastructure enhancements. The tax credits will be based on performance, and the company can claim once Hoosiers are hired and trained, and investments are made. Other potential incentives will be discussed in the future.