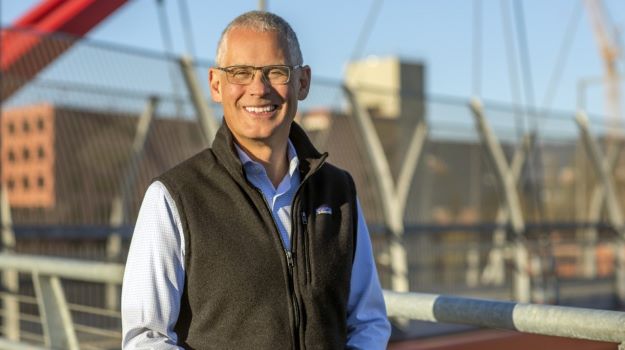 Kyverna Therapeutics filed its first IND application this week to test the efficacy and tolerability of KYV-101, a CAR-T therapy for lupus nephritis.

In an interview with BioSpace, Chief Executive Officer Peter Maag, Ph.D., and Chief Medical Officer James Chung, M.D., Ph.D., spoke about the IND filing and the unique characteristics of KYV-101.

The investigational therapy "really promises to give patients with lupus nephritis access to the latest technology with CAR-T therapy," Maag said.

Chimeric antigen receptor T-cell (CAR-T) therapies are most often associated with treatment for hematological cancers and there are increasing efforts to develop them for solid tumors as well.

KYV-101 is an autologous anti-CD19 CAR T-cell construct. The therapy was licensed from the laboratory of James N. Kochenderfer, M.D. at the National Cancer Institute, part of the National Institutes of Health (NIH).

The Kyverna team believes it can be effective in treating lupus. 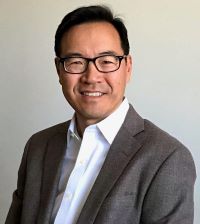 “That may not be a big issue in oncology,” he said, “but in the autoimmune setting, it has been shown, in the case of monoclonal antibodies, for instance, to be a particular issue. Particularly in lupus...where there’s a propensity to make anti-drug antibodies against these types of proteins.”

KYV-101 was evaluated in a 20-patient Phase I/II trial in cancer. Although development of the drug for cancer has been discontinued, additional unique properties made it seem well-suited to treat B-cell-driven autoimmune diseases such as lupus.

In particular, the company found a significant decrease in cytokines released. Cytokine release syndrome (CRS), sometimes called a cytokine storm, is a potentially lethal side effect found with CAR-T therapies.

“Cytokines play a role in the short-term with CAR toxicities and perhaps in the longer-term in the autoimmune disease setting," Chung said.

Kochenderfer and his colleagues looked for CAR-T constructs with more favorable characteristics and found some, such as KYV-101, that have “better profiles in terms of cytokine release” and were able to demonstrate lower toxicity in the laboratory and in clinical trials.

“When you think about autoimmune diseases, patients already have a dysregulated cytokine environment, so you don’t want to add fuel to the fire," Chung noted. "So I think this is the kind of setting where a construct that produces similar levels of activation of CAR and efficacy, but a lower cytokine release...could really prove differentiating,"  in the long-term over a broader patient population.

Kyverna conducted a search that predated both Chung and Maag’s presence with the company. The Emeryville, Calif-based company entered into an exclusive, worldwide license deal with the NIH to use the product for both autologous and allogeneic CAR-T therapies.

“The idea of using CAR-T therapy for B-cell autoimmune diseases was something that we as a company had thought about, so a search was made for an appropriate construct to license," Chung said. "We thought we found the right construct in KYV-101.”

Gearing Up for IND Approval

The FDA typically takes 30 days to review INDs “so we look forward to a smooth review with approval in November,” Chung said.

He added that Kyverna had interactions with the FDA in the previous setting.

The company is currently working with multiple sites in the United States to treat patients as soon as possible in 2023 provided the IND is approved.

Overall, “lupus nephritis is a global phenomenon with patients in many different countries, so we might even start a trial in Europe," Maag said, as Kyverna moves forward in what he called “a very interesting stage.”

Having come from a company in the transplant space, Maag said he sees a similar transition occurring with CAR-T, where a therapy used for oncology is now “on the cusp of being available for another type of indication.

"We’re pivoting to the autoimmune applications with chronically ill patient populations that would benefit from CAR-T for much longer than the oncology setting," he said.

The Phase I portion of the trial would be a traditional 3+3 design used in oncology and Kyverna has a reasonable idea of the dose requirement from multiple CAR-T therapies and the NIH’s experience with this particular CAR construct.

As such, “We hope to move very rapidly through Phase I and very quickly into Phase II," Chung said. With the data seen to date from the NIH researchers and the magnitude of effect observed, "We believe we can get some pretty clear data sets even in Phase I that will allow us to move rapidly to, ultimately, registrational trials."

Maag spoke about breaking new ground in the CAR-T space.

"The real novelty is to do this in a non-oncology setting and to take cell therapies mainstream in a very different setting," he said.