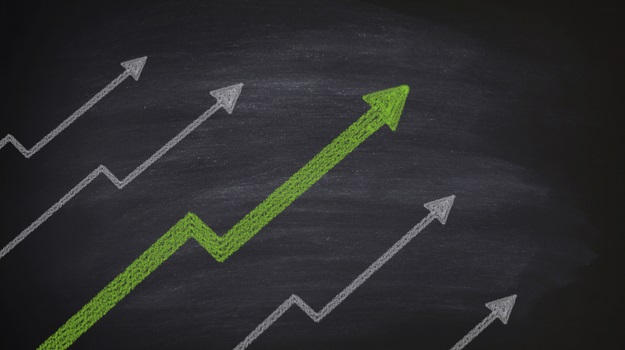 Guardant Health went on the Nasdaq yesterday under the symbol GH. Shares climbed almost 70 percent on the first day of trading, selling 12.5 million shares at $19 per share in the initial public offering (IPO). It closed up 69.47 percent at $32.20 per share.

Guardant was founded in 2012 in Redwood City, Calif. The company offers liquid biopsy tests that provide genomic data for advanced cancers, which helps match the correct cancer treatments. One of its primary products is Guardant360 for advanced solid tumor cancers.

Liquid biopsies, as compared to a solid tissue biopsy, are tests performed on blood to look for cancer cells or DNA from a tumor circulating in the blood. They are also used to detect other diseases. The key difference between a liquid biopsy and a traditional clinical blood test is the focus on identifying cells or DNA from whatever illness is being tested for. Traditional lab tests do this as well, but generally not by trying to identify and sort so much information. In some cases, the liquid biopsy is conducted as a broad screening test utilizing next-generation sequencing.

It’s an increasingly competitive area for biopharma. Another Redwood City, Calif.-based company, Karius, developed a liquid biopsy test that can diagnose infectious disease in July. A year ago, Verily Life Sciences, one of Google/Alphabet’s companies, invested in Freenome, which is working on a liquid biopsy diagnostic platform to detect the cell-free DNA of cancer. Another company, Apostle, is developing a bioinformatics diagnostics liquid biopsy platform in cancer. In early January 2016, Illumina launched GRAIL Bio to develop a liquid biopsy cancer test.

According to Crunchbase, Guardant had already raised $550 million prior to the IPO. With the success of yesterday’s offering, the company is now valued at around $1.59 billion.

MarketWatch writes, “The startup sets its total market opportunity at more than $35 billion in the U.S. That includes a market Guardant is already in—using liquid biopsies in late-stage cancers (an about $6 billion opportunity, by the company’s estimates)—plus two that it is working toward, the cancer recurrence detection market (about $15 billion) and early cancer risk detection (about $18 billion).”

The Guardant360 tests cost about $6,800 and takes seven days. That is both cheaper and faster than a traditional tissue biopsy. The company’s goal is to develop tests for early cancer detection. The company is working on that. The data collected using Guardant360 and other products is being used to develop its next-generation assays, such as Lunar-1 for cancer recurrence and Lunar-2 for early cancer detection. MarketWatch notes, “Lunar-2 is geared toward individuals who don’t have symptoms but do have a higher risk of cancer due to genetics, smoking, health conditions and other factors.”

Guardant’s co-founder and chief executive officer, Helmy Eltoukhy, told MarketWatch in January that with additional data, “the better we are at decoding signals in the blood.” But collecting enough takes time and there’s usually plenty of “static” in blood—which is filled with a broad assortment of enzymes, proteins and other molecules—that has to be sorted out as well. Eltoukhy believes that an early cancer detection is “certainly” possible within years, rather than decades.

But there are currently concerns about the reliability of liquid assays. Researchers at Johns Hopkins evaluated Guardant360 with another company’s test, Personal Genome Diagnostics’ PlasmaSELECT, and found “very low congruence” between the two. They published their work in June in the journal JAMA Oncology.

They conclude, “These data cannot determine which test is more accurate but suggest that reported gene alterations will not be the same across different platforms, raising the specter that patients could potentially receive different treatments depending on the cfDNA platform. Insufficient genetic profiling congruence could jeopardize the clinical benefit of personalized medicine.”

At the moment, at least, investors are thrilled with the products Guardant is currently offering and are optimistic about its future.