In Second Gene Therapy Buy of the Year, Novartis Acquires AveXis for $8.7B 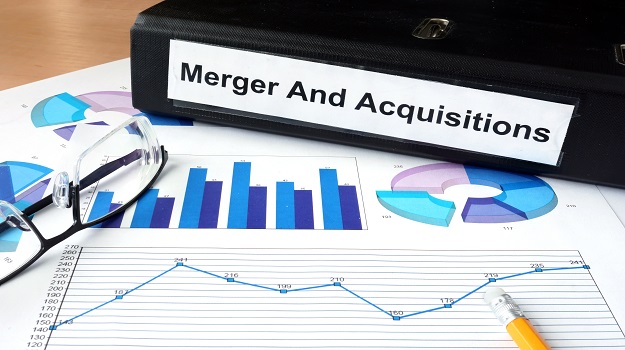 Swiss-based Novartis has struck a deal to acquire Bannockburn, Illinois-based AveXis for $8.7 billion.

Novartis will pay $218 per share, which is a 72 percent premium over AveXis’s 30-day volume-weighted average stock price. The deal is expected to close in mid-2018.

A notable part of the deal is Novartis’ acquisition of AveXis’ lead gene therapy candidate, AVXS-101, for spinal muscular atrophy (SMA). The compound has received Orphan Drug designation as well as Breakthrough Therapy designation. The companies expect to file a Biologics License Application (BLA) with the U.S. Food and Drug Administration (FDA) in the second half of this year, with U.S. launch sometime in 2019, if approved.

There is only one treatment for SMA to date, which is Biogen’s Spinraza (nusinersen), which was approved in late-December 2016. The disease affects infants and the nervous system controlling voluntary muscle movement. It often is fatal. Biogen’s drug took in $363 million in the fourth quarter of 2018. There are other therapies being developed by Roche and Cytokinetics for the disease.

Analysts with UBS wrote, “Novartis is taking the view that AveXis’s … transgene approach trumps Biogen/Ionis’ approved Spinraza and other agents in development.”

Spinraza is an antisense oligonucleotide (ASO) that treats SMA caused by mutations in the q-arm of chromosome 5. Spinraza changes the splicing of SMN2 pre-mRNA to increase production of full-length SMN protein. AVXS-101, on the other hand, effectively replaces the defective SMN1 gene. AveXis plans to present two-year data on the drug at the American Academy of Neurology on April 25, 2018.

“Bringing AveXis on board would support both our ambition to be a leader in neurodegenerative diseases and our Neuroscience franchise priorities to strengthen our position in devastating pediatric neurological diseases such as SMA,” said Paul Hudson, chief executive officer of Novartis Pharmaceuticals, in a statement. “We relish the opportunity to leverage our expertise, our 70-plus year heritage in neuroscience and our global footprint to help AVXS-101 benefit high-need SMA patients around the world.”

This is Novartis’s second deal in the gene therapy market this year. In January, Novartis inked a licensing and supply deal with Spark Therapeutics to develop, register and commercialize Spark’s gene therapy Luxturna (voretigene neparvovec) outside the U.S. Luxturna is a one-time gene therapy to treat patients with biallelic mutations of the RPE65 gene. The drug was approved by the FDA on December 19, 2017 to restore functional vision in children and adults who had blindness caused by the mutation in the retinal pigment epithelial 65 kDa protein gene.

In that deal, Novartis paid $105 million upfront and up to $65 million in various milestone payments.

Of AVXS-101, Novarti’s chief executive officer, Vas Narasimhan, told reporters, “We believe the medicine would have a multi-billion dollar peak sales potential. It also provides us capabilities in gene therapy. We have a robust internal portfolio of gene therapies in ophthalmology and neuroscience in Novartis Institutes for Biomedical Research. And we look forward to using AveXis’s capabilities and technical development capabilities to be able to advance that portfolio.”

Narasimhan took over Novartis on February 1. He recently decided to sell Novartis’ stake in its consumer healthcare joint venture with GlaxoSmithKline for $13 billion. With all the cash at hand and an apparently inclination to buy, analysts and investors are wondering who else Novartis will turn its attention to. Michael Yee, an analyst with Jefferies, told Reuters, “Clearly Novartis is building out in gene therapy. Who’s next?”