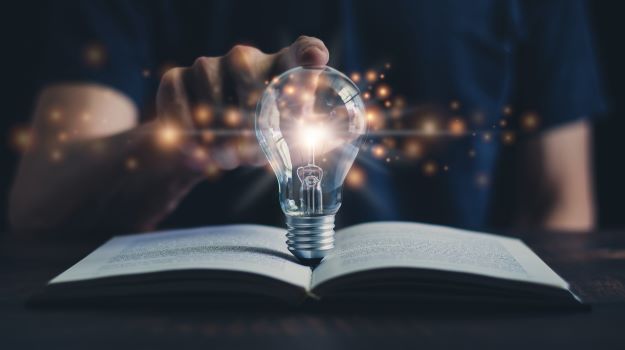 Imago Biosciences didn’t initially set out to be a company focused on chronic cancers of the bone marrow, also known as myeloproliferative neoplasms (MPNs). Originally, CEO Hugh Rienhoff Jr., M.D., imagined that the company would tackle sickle cell disease and thalassemia, genetic blood disorders that spurn from mutations in the beta-globin gene.

A Therapeutic Blessing in Disguise

Rienhoff attended a scientific meeting in which he learned about the epigenetic enzyme LSD1 (lysine-specific histone demethylase 1), which plays a central role in the production of cells in the bone marrow. At the time of the meeting, some researchers believed that LSD1 regulated gamma globin, a gene that is switched off at birth so that beta globin can make the transition from fetal to adult hemoglobin, a mechanism that would be important to target in those with inherited blood disorders like sickle cell and thalassemia. 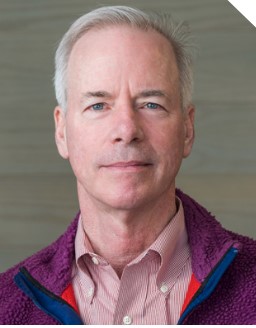 “I came back to my team and told them I had a target, and it was going to be LSD1. We just needed to make an inhibitor of that, and we would be good to go,” Rienhoff told BioSpace. “We spent our own money doing little mouse experiments and borrowing people’s labs. After a year of doing that, we could never really reproduce the results of the guy that said it was regulating gamma globin.”

The failed experiments would end up being a major blessing in disguise for those that are diagnosed with MPNs. A family of blood cancers that begin in the bone marrow, MPNs occur due to abnormal mutations in a stem cell of the bone marrow. The mutations cause a combinatorial overproduction of blood cells including white, red and platelets, which can cause serious and life-threatening consequences such as blood clots and progression to acute myeloid leukemia (AML), a rapidly progressing blood cancer with a low survival rate.

LSD1 plays a role in the function of malignant blood cells by regulating the proliferation of blood stem cells. The enzyme is responsible for the differentiation of cells that will become involved in platelet production and immune functioning, and if this differentiation becomes dysfunctional, blood clotting and damaged bone marrow can occur, leading to MPN conditions. Elevated levels of LSD1 are also common in many blood cancers and are correlated with poor prognosis in other malignancies, such as high-risk prostate and breast cancer.

“All three of these diseases are like chronic, inflammatory diseases. A lot of the symptoms come from those inflammatory cytokines, but some of the symptoms come from physical manifestations of the disease, like hyperviscous blood in the case of PV or infections in the case of MF where the bone marrow is being replaced by fiber,” Rienhoff explained. “But if you take three steps back and ask what the real unmet need of these patients is, it’s arresting progress of the disease. You want to stop these patients from progressing to MF or AML. Even if a drug did just one of those things, prevent progression to AML or prevented progression of the MPN, that would be historic.”

Imago Biosciences is on its way to making history in that respect with its lead product candidate bomedemstat, a novel LSD1 inhibitor. Bomedemstat is primed to take on not just MF, but the entire suite of MPN conditions.

In June, Imago presented two data readouts from its ongoing Phase II clinical trials of bomedemstat for the treatment of ET and MF at the European Hematology Association congress. In the ET trial, 81% of patients dosed with bomedemstat achieved a normalized platelet count for at least 12 weeks and 58% experienced symptomatic improvement. Additionally, both JAK2 and CALR, mutations that influence the phenotype and clinical features of MPN diseases, were decreased during treatment. Notably, ET patients included in the trial had previously failed at least one standard therapy.

Similarly, patients with advanced MF treated with the therapeutic experienced benefits. 52% of those dosed had reductions in mutant allele frequencies, 85% demonstrated improved or stable fibrosis scores and 90% of patients who were transfusion independent had stable or improved hemoglobin. Additionally, 55% of trial participants showed a decrease in their symptoms. The study consisted of patients who were refractory or resistant to, intolerant of, inadequately controlled by or ineligible for currently approved therapies.

Across both studies, bomedemstat was generally well-tolerated with no safety signals identified per the Safety Advisory Board. Overall, the monotherapy designed for patients with MPN family diseases showed improvements across the spectrum of disease hallmarks, including symptom scores and physical manifestations such as fibrosis and anemia.

“Bomedemstat clearly lowers platelets. It lowers the white cell count, which is an independent risk factor for not only clotting but also contributes to the inflammatory cytokines that are produced by those cells,” Rienhoff explained. “Bomedemstat, at least in mice and according to indirect surrogate measures in humans, will actually reduce the population of stem cells that contain those causative mutations. If it turns that bomedemstat can forestall the progression to AML, that would be pretty darn interesting. If you could ask the drug, ‘what would you really like to be when you grow up?’ The drug might say, ‘I would really like to prevent leukemia.’”

Imago imagines bomedemstat as a drug that could halt the progression of MPNs before they can transform into leukemia, a difficult-to-treat condition that can escalate rapidly and become fatal. The company will begin Phase III trials in early 2023. Imago is also participating in an ongoing investigator-sponsored trial to evaluate bomedemstat in patients with PV. Rienhoff said he would also like to work on a study investigating the therapeutic’s potential in an MF subpopulation who are at higher risk for developing AML.

Bomedemstat could potentially make a difference in other conditions, too.

“I do expect that bomedemstat, our sort of star of the show, can put on different costumes depending on how other experiments work out,” Rienhoff said.

Bomedemstat is currently being evaluated in a Phase I study alongside Genentech’s Tecentriq (atezolizumab), an immunotherapy, to treat patients with extensive-stage small-cell lung cancer. The first patient was dosed in May. Imago is also conducting lead optimization and preclinical studies for the use of the therapeutic in hemoglobinopathies. The intention is to provide levels of fetal hemoglobin to patients with defects in adult hemoglobin to reduce or eliminate the symptoms, morbidity and mortality caused by these diseases. The company is also ready to tackle solid tumors, participating in the lead discovery of a series of small molecules that will target LSD1 for degradation in these cancers.

"I think it’s almost slightly miraculous that we started at a lecture and now we’re on the cusp of a Phase III study,” Rienhoff mused. “I’m the luckiest guy in the world to work with my team, and a lot of our success is because of the group of people at Imago who have been so dedicated from the very beginning.”