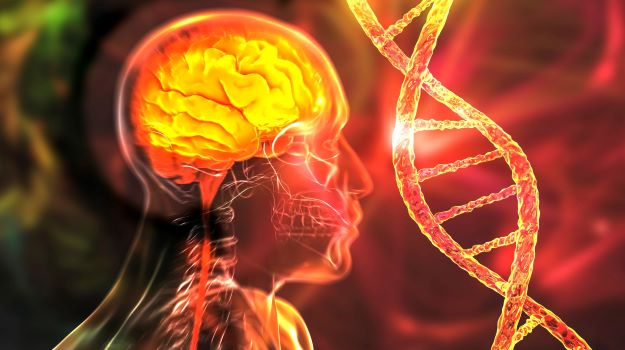 It’s 100 percent fatal, hits its victims in the prime of their lives and has companies with prospective treatments either shutting down or spinning their wheels with trial holds and failures.

So, just what are all these companies stumbling over?

Researchers are taking multiple shots to achieve a breakthrough in Huntington’s. Therapies in development aim to be neuroprotective, lower mHTT and deliver an intricately balanced payload to the cortex and striatum, the areas of the brain where the disease is most prevalent.

Gene silencing with antisense oligonucleotides (ASOs), AAV gene therapy and gene splicing are just a few of these approaches. 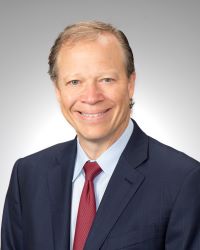 Dr. Robert Friedlander, M.D., is the chairman of the department of neurological surgery for the University of Pittsburgh and UPMC and a pioneer in this space. He said there are challenges to the neuroprotective approach.

“With a stroke…you have an injury and the injury goes away, and then you try to save what you can. In chronic neurodegenerative diseases, you have a mutant protein that's being expressed (over and over) and you’re getting sick (over and over),” he said. “You can prevent the downstream pathways, but you're still getting sick.”

Friedlander, also chairperson of NeuBase’s scientific board, said the impact of this strategy, and others being evaluated, is going to be limited “unless you turn off the root cause - the toxicity.”

Most current approaches attempt to knock out the mHTT. But the presence of the wild-type huntingtin (wt)HTT in the body makes knocking out the gene a precarious balancing act.

“We know that wild-type huntingtin is neuroprotective,” Friedlander said. “It helps with the production of BDNF (brain-derived neurotrophic factor); it's important for mitochondrial function. It does a lot of things that are good for the cell.”

So, removing too much of it could be harmful. And selectively getting rid of the mutant version of the gene while preserving the wild type is a real challenge. Friedlander speculates approaches that are not allele-specific aren’t likely to work.

There are differing schools of thought, however, on the importance of wtHTT. 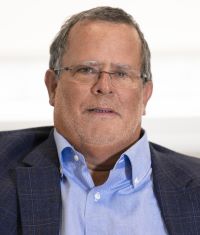 Stuart W. Peltz, Ph.D., founder and CEO of PTC, said HTT is “probably required for embryonic development…but after that, it’s not as critical.” He pointed to preclinical models where wtHTT has been removed and the animals have survived.

Peltz isn’t recommending eliminating all wtHTT, but “even a small amount is probably sufficient.”

Another challenge is that Huntington’s is a diffuse brain disease. Michael Hayden, Ph.D., CEO of Prilenia Therapeutics, said this makes target engagement difficult.

“Many of the approaches taken have not reached all the areas of the brain that are affected in the disease,” he told BioSpace. “Intrathecal injection doesn't reach every part of the brain in the dosage that you expect to get appropriate huntingtin lowering. If you go intrastriatal, you don't get other parts of the brain involved.”

Reaching the deep part of the brain is challenging. This is why some have attempted to inject a drug intracranially into the striatum. But, in addition to toxicity,  achieving full distribution of the drug throughout the brain may still not be possible.

While primarily affecting the brain, Friedlander noted that Huntington’s is a whole-body disease that affects other organs, including the heart, muscles and pancreas. As such, the ideal treatment would be “a systemic therapy that crosses the blood-brain barrier,” he said.

Early in 2021, Wave Life Sciences shelved its two lead ASO candidates for Huntington’s when they failed to elicit a therapeutic effect. Dr. Michael Panzara, chief medical officer at the time, suggested this was because not enough of the drug reached the target.

Toxicity concerns have hampered several companies during the past two years. In March 2021, Roche discontinued a Phase III trial of tominersen. After showing great promise in Phase II, the drug ultimately failed to elicit higher efficacy than placebo, and actually led to worse outcomes when given more frequently.

In August, Novartis halted a Phase II trial of branaplam over early indications of side effects, including peripheral neuropathy.

PTC’s drug, an orally bioavailable molecule that harnesses the company’s splicing platform to lower HTT production, is currently on pause pending further data in the U.S. Meanwhile, the trial continues in Europe and Australia.

“The FDA is a conservative agency,” Peltz said. “All the other regulatory agencies let us use our preclinical data. The FDA, on the other hand, has asked us for additional data to support the proposed PIVOT-HD dose level and duration.”

There are currently two drugs approved to treat Huntington’s, and neither is disease-modifying. In his time as CSO at Teva Pharmaceuticals, Hayden led Austedo, a treatment for chorea associated with HD, to its 2017 approval. The other, tetrabenazine, also treats chorea.

It is also somewhat of a niche space, according to Hayden.

“Compared to ALS, there are fewer drugs in development, so it hasn’t attracted the attention,” he said. This is despite a substantial global prevalence. Huntington’s affects around 100,000 people, but when you consider those with a genetic predisposition, that number rises to 400,000, Hayden said. “This is not a rare disease.”

But, the situation is not without hope.

“The pipeline is getting fuller,” Hayden said. “We know that we'll likely need a cocktail of drugs, just like you have for [multiple sclerosis], ALS and for many cancers.” 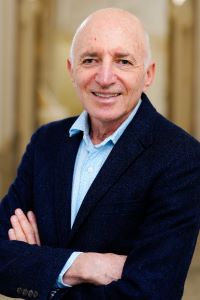 For Hayden, the ideal therapy for the CNS components of the disease is “an oral drug that is safe and tolerable and has targeted engagement throughout the brain.”

Prilenia is developing pridopidine, the only drug in Phase III development for Huntington’s. Pridopidine activates the sigma-1 receptor, a protein highly expressed in the brain that regulates several cellular mechanisms common to neurodegenerative diseases. Activation of S1R reduces cellular stress and inflammation.

Studies have shown that Pridopidine prevents neuronal cell death, and strengthens and enhances the connections between neurons. The drug has demonstrated a solid safety profile throughout its development. The Phase III trial has seen only a 7% dropout rate, Hayden said. Prilenia expects top-line results early in Q2, 2023.

Biomarkers have struggled to emerge in neurodegenerative diseases the way they have in oncology.

“Researchers continue to identify additional biomarkers that may, if validated, be used for the different stages of the disease, “ Hayden said, referring to an upcoming paper that suggests, “a new set of biomarkers that could be looked at in CSF.”

With testing available to determine with 100% certainty who will get Huntington’s, “we want to be able to treat patients earlier and hopefully prevent or delay onset,” Hayden said.

NeuBase was developing an allele-specific peptide nucleic acid (PNA) targeting CAG. The drug selectively binds to the mutated mRNA to reduce or prevent production of mHTT. The approach differs from an ASO in that it is more neutral in its charge, more stable in circulation and is not immunogenic, Friedlander noted.

The company was making progress toward having both an effect on the brain and a systemic effect while not affecting the wtHTT, Friedlander said, before the program was halted due to financial considerations.

NeuBase is evaluating options for how to bring the drug forward, including partnerships or even the development of a new company, he shared. 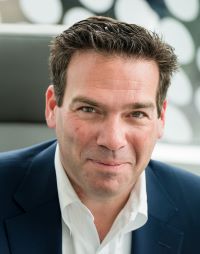 And Wave is trying again with a new and improved ASO. Paul Bolno, M.D., president and CEO, explained that WVE-003 incorporates the company’s novel PN backbone chemistry modifications. These have been shown in preclinical and clinical studies to enhance the potency and durability of its molecules.

Additionally, “WVE-003 is designed to preferentially lower mHTT by targeting a single nucleotide polymorphism (SNP3) that appears on the mHTT transcript and is not present on the wtHTT transcript,” Bolno told BioSpace. An estimated 40% of adults with Huntington’s carry SNP3 in association with the Huntington’s mutation.

WVE-003 is being assessed in the Phase Ib/IIb SELECT-HD study. Wave presented data in September showing early indications of decreases in mHTT in the CSF. Wild-type HTT was preserved at both doses, the company reported.

“Our data told us we have a signal. We've got target engagement,” Bolno said.

Wave expects additional biomarker and safety data from expanded 30, 60 and 90mg single-dose cohorts in the first half of 2023.