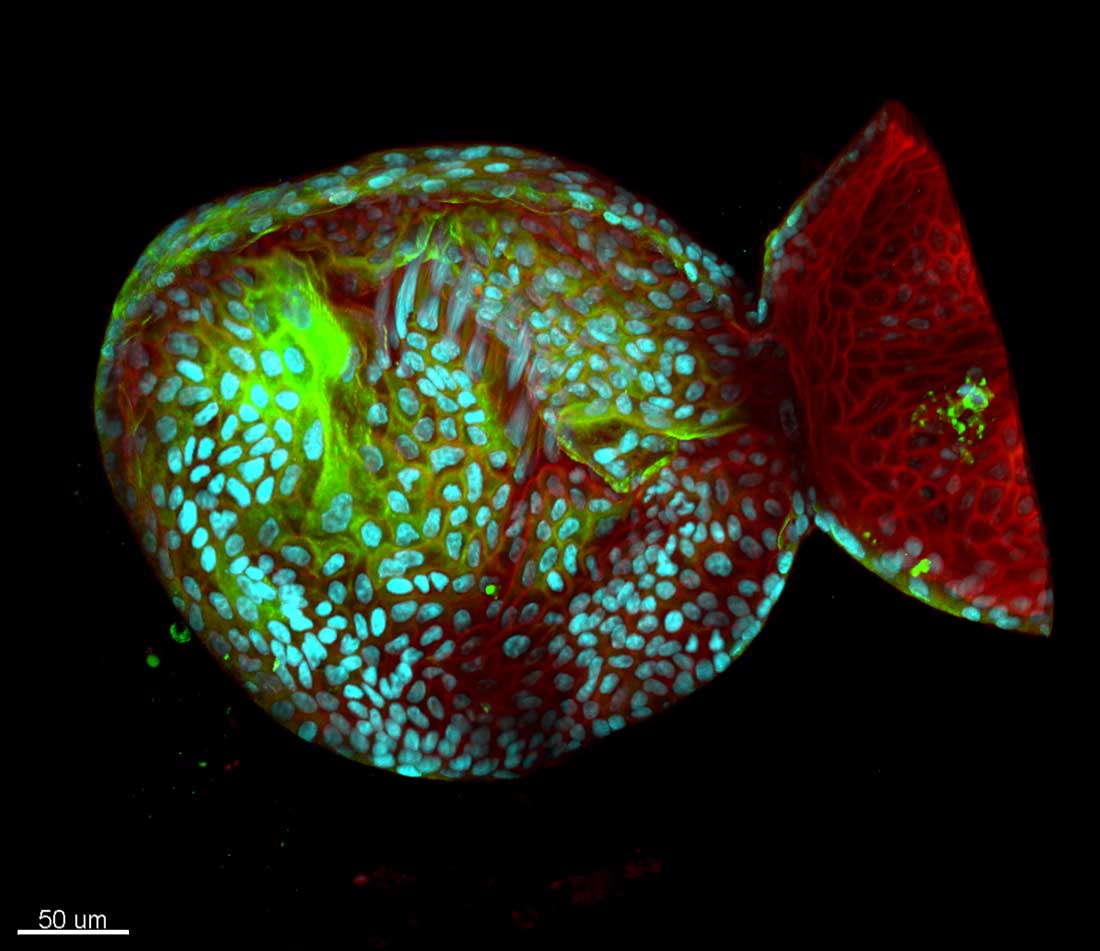 SINGAPORE, 6 February 2020 – An international team has, for the first time, identified and isolated human stomach stem cells that are responsible for renewing stomach tissues. They further proved that healthy stomach stem cells, after mutation, are a major source of stomach cancer. A newly identified genetic marker Aquaporin-5 (AQP5) was key to the landmark finding, which points the way to new therapeutic opportunities in future, including the development of regenerative medicine and improved stomach cancer treatments.

Stomach cancer, also known as gastric cancer, is the fifth most common cancer worldwide and the third deadliest.[1] The high incidence rates in Asia have highlighted an unmet need to study the role of stem cells in tissue maintenance and cancer of the stomach.

The study built on IMB’s earlier findings of Lgr5-expressing stem cells at the gland base of the mouse stomach. Adult stem cells, marked by the Lgr5 protein, are responsible for the continuous regeneration and replacement of tissues in many organs, but can also cause cancer if damaged. Although Lgr5 is a selective marker of stomach stem cells in the mouse, researchers could not previously identify the equivalent Lgr5-expressing stem cells from human tissues due to the lack of surface markers that enable its isolation and validation. Furthermore, as Lgr5 is expressed across a diverse range of tissues including the intestine, stomach and kidney, the team was unable to target cancer-causing mutations specific to the stomach stem cells to evaluate their role in stomach cancer.

Using the Lgr5 marker, the team found AQP5, a new surface marker that allowed them to isolate human stomach stem cells using antibodies, and functionally proved that they were stem cells. Using the new AQP5 marker to selectively introduce mutations to the stomach stem cells in mice, the researchers were able to highlight their role in driving the early formation of Wnt-driven gastric cancer. Importantly, they subsequently showed that stomach tumours harbour populations of AQP5-expressing cells that could behave as cancer stem cells to drive cancer growth. These important findings deliver crucial insights into gastric cancer progression and reveal key therapeutic targets for prospective development as more effective stomach cancer treatments in the clinic. The ability to isolate human stem cells for the first time also offers great potential for harnessing their regenerative medicine potential in clinical settings.

Using a new method to evaluate the frequency with which key signaling pathways display altered behavior in human cancer samples, the study further revealed that the hyperactivated Wnt pathway is much more prevalent in gastric cancer than previously thought. This highlights the therapeutic potential of drugs targeting the Wnt pathway for treating a wide range of human gastric cancers.

Professor Nick Barker, Research Director at A*STAR IMB said, “Our work facilitates for the first time, the isolation of mouse and human stomach stem cells using antibodies, identifies dysregulation of the Wnt pathway as a frequent event in human cancer, and reveals stomach stem cells as important sources of gastric cancer. Our ability to identify and purify tumour-resident stem cells in gastric cancer using the new AQP5 marker will allow us to directly evaluate their role in human cancer formation, characterise them in depth and potentially develop drug-screening tests to identify ways to selectively kill these cells.”

“It takes time and resources to bring well-grounded basic research to fruition and translate them into benefits for society. Findings from our study should help to clarify the identity and role of stomach cells in cancer and we hope that they can be translated to positive clinical outcomes in the future.”

For more information, please refer to the attached paper, “AQP5 enriches for stem cells and cancer origins in the distal stomach” published in Nature on 5 February 2020. Online paper: https://www.nature.com/articles/s41586-020-1973-x.