How COVID-19 Has Permanently Changed The World of Medical Research 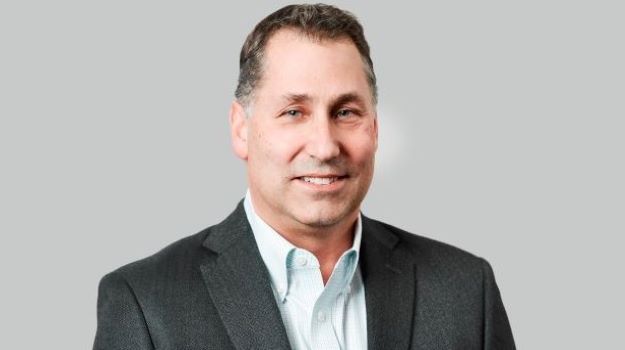 The need for sharing information across the medical research landscape was never starker than during the early days of the COVID-19 pandemic. A spirit of urgency and collaboration broke down traditional informational barriers as industry and academia organized like never before in modern history to develop a vaccine in just nine months.

The life sciences ecosystem will need to capitalize on this momentum going forward to solve other diseases that will define the 21st century.

According to Nature Biotechnology, “81% of researchers are constrained by the inadequate quantity and quality of biospecimens and 80% of companies find accessing materials difficult.”

Aggregators such as Massachusetts-based iSpecimen and the U.K.’s Medicines Discovery Catapult (MDC) stepped up to the plate to collate much-needed research resources when the pandemic broke out, and are continuing to pivot to ensure medical researchers have the resources they need to tackle both COVID-19 and the other diseases that refuse to step aside for it.

Leveraging an extensive, mostly-U.S. based database, iSpecimen offers single-source access to biospecimens and biospecimen datasets to researchers within biotech, pharmaceutical and diagnostic companies, as well as to healthcare providers.

“We’re trying to do what Amazon did in the early days if I’m a book buyer. They gave me so many sources for finding books and other products. We’re trying to do that for the world of biospecimens and life science research,” iSpecimen Founder and Chief Executive Officer Dr. Chris Ianelli told BioSpace.

“The platform was envisioned in the early days to make it much more of an e-commerce, technology-enabled service. Prior to iSpecimen being created, it was, and still is, a very fragmented landscape of brokers out there. They are trying to negotiate access to biospecimens that exist typically on the healthcare provider side of the equation, and the access needed is by someone on the life science research side of the equation,” he explained.

Since biospecimens are to the medical research pipeline, Ianelli stated that there will definitely be a negative trickle-down impact from the pandemic.

“You might not see it immediately because many of these larger companies happen to also have their own internal biobanks, so they are not entirely reliant on primary acquisition of samples on the outside," Ianelli said. "But I do think that over time, you will see some of those buffers or internal biobanks get depleted, and you’ll probably see in some ways, different types of research getting slowed down. Especially those that rely on solid tissue; tissue that is typically obtained through elective procedures.”

“The CDC reached out to a number of organizations, and we were lucky enough to win one of the bids and engage with them to collect samples for all of their development efforts,” Ianelli said.

But, the COVID-19 pandemic is far from the only barrier to the sharing of medical research. There are some that have been inherent for a while.

“For small companies, sometimes there is an ice wall to climb to access these assets. We think that one of the roles that an organization like the Medicines Discovery Catapult has, is to reduce barriers…those administrative, those organizational, those informational barriers which stop the movement of samples from the patient who says ‘use me’ to the person who can,” said Professor Chris Molloy, chief executive officer of MDC, a government-funded, not-for-profit organization that serves as a broker between biobanks, industry and academia.

“The issue is not always around the availability of high quality consented patient samples, but that they are often not adequately promoted, so researchers new to the sample access space don’t know where to go or how to navigate governance around local access committee procedures,” he added.

Molloy pointed out another critical purpose for the widespread sharing of resources: to honor the best intentions of the patient.

“I think it’s also important to think about the definition of biobanks. These should not be museums where samples are archived. These are banks. The term bank implies an exchange where samples are deposited and then requested for access. I think it’s also important, therefore, for visibility of what’s in the bank," Molloy said. "Because the more visibility that there is, the more likely it is that that patient’s wish will be met. We think it’s inappropriate that some of these banks are kept less visible than perhaps they could be.”

Another aspect of medical research that has been accelerated by the pandemic is real-time clinical research and trials.

“It has made research more immediate. If you think about the volume of literature that has been published, used, reused over the last ten months. The amount that we have got to know in a shorter time, the speed at which we have collated and assimilated the research and science of the entire world, has been groundbreaking," Molloy said. "We’ve never seen turnaround in science like this ever before. Not just in our lifetimes, but in the history of science."

Real-world data (RWD), live primary and secondary data derived from heterogeneous patient populations in real-life settings, is used in patient surveys, observational cohort studies and some clinical trials. This is as opposed to data gleaned from a randomized, controlled trial.

The FDA, for example, uses RWD to conduct post-market monitoring of approved drugs for safety and adverse events. RWD can also lead to the consideration of marketed drugs for new indications, and allow clinicians to make treatment adjustments as new data comes in.

Molloy believes real-world data is the future of clinical trials.

“The only way that patients can be recruited in clinical trials for COVID is using real-world data, and we have seen that done over the last ten months in a way that has crossed the Rubicon for clinical trials. The clinical trial market is about 64 billion and only 1.6 billion of it is in the area of real-world trials. Well, my goodness, look at what we’ve done with real-world trials in the last ten months,” said Molloy. “The entire pharma industry, I think, has recognized that the Rubicon has been crossed. That the importance, the immediacy, of trials necessary for COVID -  where you have a transient population - is as applicable and as important with other diseases where real-world trials will become the gold standard.”